Yelp app updated with lots of fixes and improvements 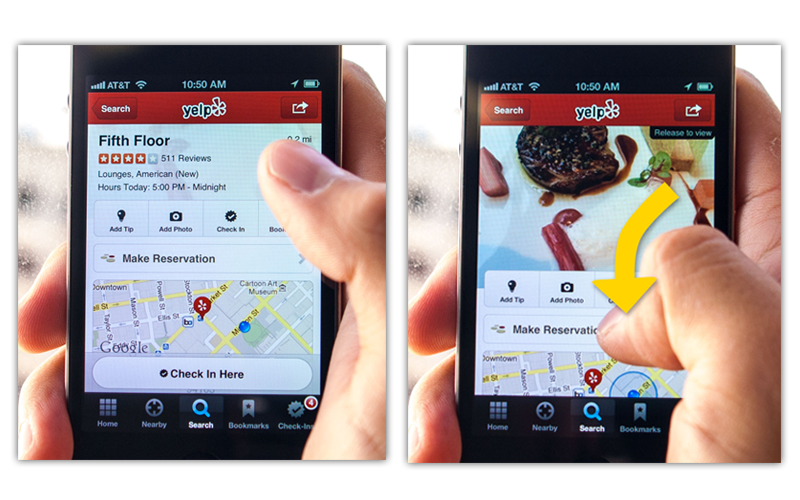 Yelp released another udpate to their mobile app today, version 6.1.0. In it, Yelp states:

“We know you guys are super bummed about the cancelling of Jersey Shore, so we thought we’d cheer you up with a hot new update from your friends at Yelp.”

Yelp is a social network, like Foursquare, where users are encouraged to check-in wherever they’re at. Yelp can be used to find restaurants, entertainment and other forms of businesses within a user’s area.

The take-away for business owners is that Yelp is making an effort to make it even easier for Yelp users to talk about you and your business “at the point of sale.” Previously, Yelp users had to submit their reviews directly from the Yelp website, but now they can leave a comment at your location right when they check-in.

If your business operates a physical location where users can and should check-in, make sure that you’re taking advantage of the Yelp experience and encouraging happy customers to check-in and leave positive comments. Have you set up or checked your business profile on Yelp? Are you getting traffic from Yelp?

Yelp connects people with great local businesses. Yelp was founded in San Francisco in July 2004. Yelp had a monthly average of 78 million unique visitors in Q2 2012*. By the end of Q2 2012, Yelpers had written more than 30 million rich, local reviews, making Yelp the leading local guide for real word-of-mouth on everything from boutiques and mechanics to restaurants and dentists. Yelp’s mobile application was used on 7.2 million unique mobile devices on a monthly average basis during Q2 2012. From Yelp.com