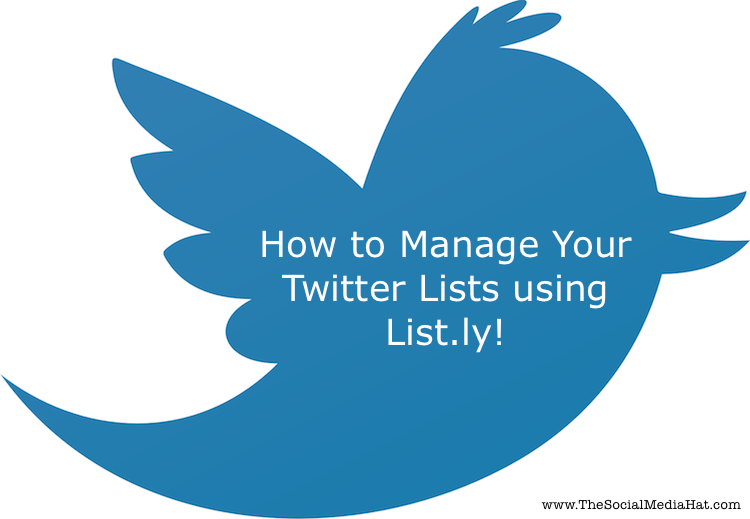 How long have you been using Twitter? Years? If you’re at all active like me, you’ve probably followed quite a few people. The problem with Twitter, of course, is that once you’ve followed, oh, say, 100 or more people, the Home stream becomes so active as to be completely useless. And if you’ve ever used a follow-first method to gain more followers, it’s even worse.

Do you even look at your Home stream anymore?

Most of us who use Twitter a lot have switched to using curated Lists to organize and make sense of our streams and followers. With a List, you can put in whatever Twitter users you want and then check just that List to those updates you’re most interested in. (Click here to learn how to create and manage lists if you haven’t already.)

But even Lists can become unmanageable! It’s easy to get carried away with adding people, and yet not so easy to manage who’s included in your lists.

And what’s more, List building is all on you. You can subscribe to other people’s lists, but it’s hard to solicit suggestions for other people to include in your own lists.

List.ly is the best utility for creating and managing lists on the web. I’ve talked about it before, and demonstrated how to use to curate great lists of websites, tips, communities and more. Now, the geniuses at List.ly have figured out how to incorporate and sync Twitter Lists with List.ly Lists.

To get started, jump over to List.ly and start a new list. Put in whatever Title you wish, and then select Twitter List from the drop-down list. If you’ve connected your Twitter account to List.ly, it will automatically populate any of your existing lists that you can use to start your new List.ly list, or you can start a new one.

Now, you’ve got a great tool for adding and deleting people from your list! But that’s only the beginning.

Using the power of List.ly, you can create and manage your Twitter lists and then embed them onto websites and blog posts! Use them to help create connections for yourself or clients or friends,

One of the best features of List.ly is that you can invite and encourage other people to add to your list. The ability to crowdsource a list is extremely powerful! You can grow your list organically, get great suggestions, and use it to promote each other.

Finally, rather than add new list members one at the time through normal means, you can use List.ly to bulk import many, many more list members at once! Use the Bulk Import section below your list to plug in Twitter handles, URLs for Twitter users, or URLs for other user’s Twitter lists! You can import an entire list from someone else, and then delete specific members if you’d like to curate it a bit differently.

So here’s an example list that’s been stagnating in my Twitter account. I need your help! I’d love to build this up to be a list of some of the best social media marketers and news sources on Twitter, so who would you add? Please use the Add Item button to add yourself or anyone you know who fits that criteria (suggestions are moderated).

What do you think? What other uses do you envision for List.ly and Twitter Lists? Any questions?