Do Social Networks Have an Obligation to Remove Hateful Content?

You are here: Home / Social Media Articles / Do Social Networks Have an Obligation to Remove Hateful Content?
Reading Time: < 1 minute 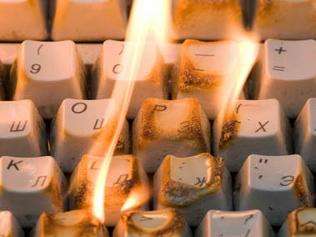 Americans and the World at large have watched and been stunned as more and more groups have rioted and killed over a video that was posted to YouTube.

On Friday, Sept. 14 the White House asked that the video be removed. According to Mashable, “The Obama administration has “reached out to YouTube to call the video to their attention and ask them to review whether it violates their terms of use,” Tommy Vietor, spokesman for the National Security Council, told the Washington Post on Friday.”

Google, despite YouTube guidelines which prohibit “hate speech”, has refused the request. YouTube’s terms of use define hate speech as “speech which attacks or demeans a group based on race or ethnic origin, religion, disability, gender, age, veteran status, and sexual orientation/gender identity.”

Every social network and user content community must face the same basic question. At what point is freedom of speech no longer applicable? When a user or group of users decide to push the lines of social norms, at what point should moderators step in? Do you agree or disagree with Google’s decision?

Previous Post: « Is the LinkedIn Business Experience Getting Better or Worse?
Next Post: “Social Media is about sociology and psychology more than technology.” – Brian Solis »