How to Conquer Social Media the Starbucks Way 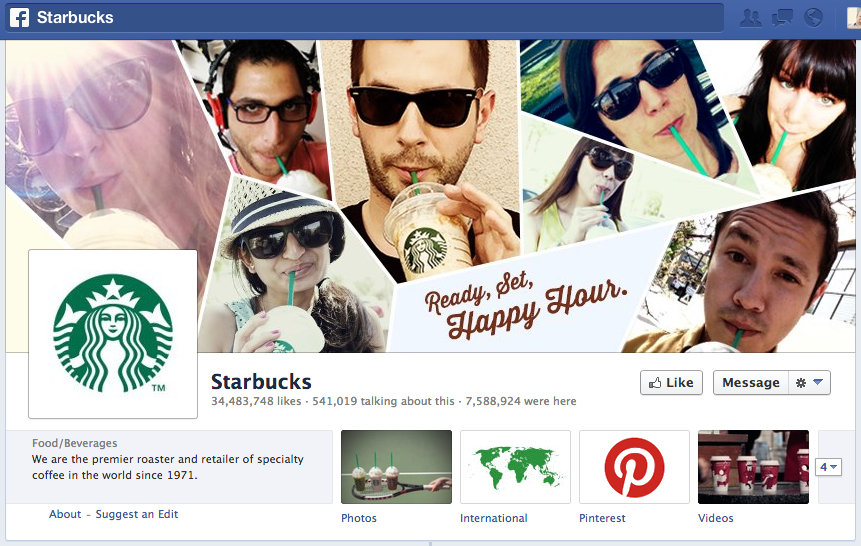 Back when social media was not yet “invented,” connecting with customers old and new required a bit more effort than it does today. These days, a single hashtag (#) on Twitter and a simple “Like” on Facebook means catching the attention of more than a few people and turning more than a few “virtual heads.” And big brands like Starbucks are really making it work for them.

One of the most popular brands that conquered the world of social media and the hearts of a billion users, Starbucks leads the pack with its very interesting take on social media. The world-famous coffee-shop chain has 5 people in control of its social media networks and boasts of 34 million fans, making it the fifth largest brand on Facebook, next to Coca-Cola, Disney, Red Bull, and Converse.

So how does Starbucks conquer social media and the hearts of millions of people? Simple. The company has its fingers on the pulse of its customers and caters to their wants and needs. The brilliant minds behind this highly successful company also know how to respond promptly to opportunities when they arise.

For instance, it has been reported that 3 workers at a California store made 40 different drinks in just 10 minutes – for a nearby shooting of a zombie movie. Now that’s taking the barista’s code to the highest level. It’s simple things like this that makes Starbucks among the leaders and giants not only in customer service but also social media.

The logical thing to do would be to create your own Facebook Fan page, ask your customers to like it, and then encourage them to invite their friends to like the page. You’ll get more likes with some personal interaction, so share some valuable information that your followers and prospects would like. Get the conversation going and help solve their problems or simply entertain them with a few relevant posts with stimulating images that would elicit some reaction, start a conversation, or get that rumor mill rolling. Once you’ve piqued the interest of followers, you’re bound to generate more interest as they spread the news via word of mouth. The more online followers you entice, the more people you reach – thus, your social media empire begins to grow.

An empire (even a social media one) starts with just a few people. So if you want to reach more prospects and find more customers, do what Starbucks and other world-famous companies do every day – gain more followers and fans by reaching out to your current social media followers. Give them what they want, like, or need – be it useful advice, trendy giveaways, or even yummy recipes of their favorite food. Call one of them at random once a month using your VoIP service and give them a prize; you’re bound to generate some genuine interest that way. Once you have their interest, it would be easy to keep them coming back for more. Imagine what that will do for your brand and your company!

The next logical thing to do once you have become familiar with the social media ways of Starbucks is to follow their lead, with a twist. Put your own flavor and brand into your social media mix and do what Starbucks did. Post about things that you’re sure your fans and followers will like. Do not impose your own opinions on them. Put your customers first and brighten up their day the way only you can and you’re bound to get a lot of loyal fans who can be converted into buying customers, as long as you keep them satisfied. Remember the number one rule of social media: Give! Give! Give! This is the best way to ensconce your company and your brand in people’s hearts and minds.