Reading Time: 5 minutes As our tribute to our cherished veterans, and to help other businesses and bloggers, we’ve assembled this resource. 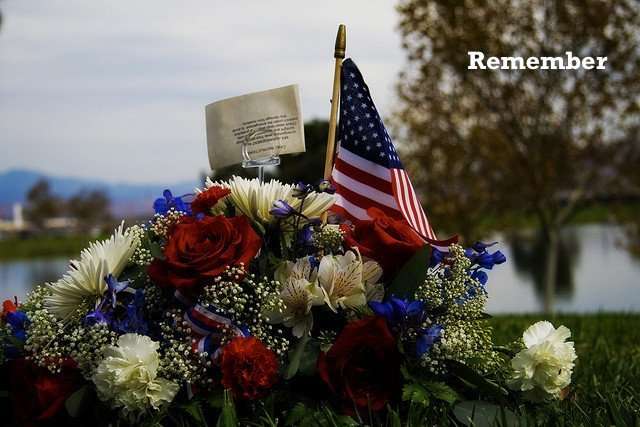 Veterans Day, the federal holiday on November 11 each year, also known as Armistice Day or Remembrance Day, has people searching for quotes about veterans today. Words of Remembrance, inspiration, encouragement and thankfulness to the veterans and active duty military that served so selflessly for our freedom, can be printed on cards, posted to a website or blog, emailed to someone that served in Iraq, or scribbled on a scrap of paper and stuck in a soldier’s pocket.

From veterans of World War I and II, to the Vietnam War, to the War in Iraq and the War in Afghanistan, loved ones are looking for words that tell our troops – past and present – how much America appreciates them.

And businesses and bloggers are looking for the right words, the right images, as well. Perhaps you want to say Thank You on your blog, or just share a nice sentiment on your social networks.

As our tribute to our cherished veterans, and to help other businesses and bloggers, we’ve assembled this resource and will continue to update it throughout the years with new links and information.

What is Veterans Day?

United States President Woodrow Wilson first proclaimed an Armistice Day for November 11, 1919 by saying, “To us in America, the reflections of Armistice Day will be filled with lots of pride in the heroism of those who died in the country’s service and with gratitude for the victory, both because of the thing from which it has freed us and because of the opportunity it has given America to show her sympathy with peace and justice in the councils of the nations.”

1. We make war that we may live in peace. -Aristotle

2. Nobody ever drowned in sweat. -US Marines

3. Those who cannot bravely face danger are the slaves of their attackers. -Aristotle

4. More powerful than the will to win is the courage to begin. -Unknown

5. Neither a wise man nor a brave man lies down on the tracks of history to wait for the train of the future to run over him. -Dwight D. Eisenhower

6. Many become brave when brought to bay. -Norwegian proverb

8. It is easy to take liberty for granted, when you have never had it taken from you. -Unknown

9. Either war is obsolete or men are. -Buckminster Fuller

10. There never was a good war or a bad peace. -Benjamin Franklin

11. Unless one says goodbye to what one loves, and unless one travels to completely new territories, one can expect merely a long wearing away of oneself. -Jean Dubuffet

12. This nation will remain the land of the free only so long as it is the home of the brave. -Elmer Davis

14. Valor is stability, not of legs and arms, but of courage and the soul. -Michel de Montaigne

15. The more we sweat in peace the less we bleed in war. -Vijaya Lakshmi Pandit

16. In the beginning of a change, the patriot is a scarce man, and brave, and hated and scorned. When his cause succeeds, the timid join him, for then it costs nothing to be a patriot. -Mark Twain

17. Peace is not only better than war, but infinitely more arduous. -George Bernard Shaw

18. It is not only the living who are killed in war. -Isaac Asimov

20. History teaches that war begins when governments believe the price of aggression is cheap. -Ronald Reagan

23. Moral courage is the most valuable and usually the most absent characteristic in men. -George Patton

24. I think there is one higher office than president and I would call that patriot. -Gary Hart

25. Have the courage to act instead of react. -Earlene Larson Jenks

When it comes to finding images and using them for your own blogs and social media, please first always be mindful of copyright laws and best practices. Do not use someone else’s image on your website or blog without their permission, and without giving them credit. Doing a simple Google search for images will undoubtedly uncover some wonderful graphics – but not necessarily ones that you can use.

If all you want to do is share to your personal social media account(s), using an image you found in a Google search is great – just try to credit the owner of the image with a simple line at the end of your post, like “Image Credit: Sam Wise.” Or perhaps a link to the owner’s site or image if you can. While paying respect to our valued veterans, it would be nice if we paid respect to the photographers and artists that brought us these images that we want to use as well.

For businesses, aside from creating graphics yourselves, the next best bet is to use Flickr. Go to flickr.com and do a search on Veterans or whatever keyword you want, but before you start sifting through all the images, click on Advanced and be sure to select the Creative Commons checkbox at the bottom of the list. By checking this, you tell Flick that you only want to see images that the owners have already granted permission for other people to use, as long as credit is given.

Here’s a link to the exact search: Creative Commons “Veterans” images on Flickr.com

And here are just a few of the great images I found within moments: 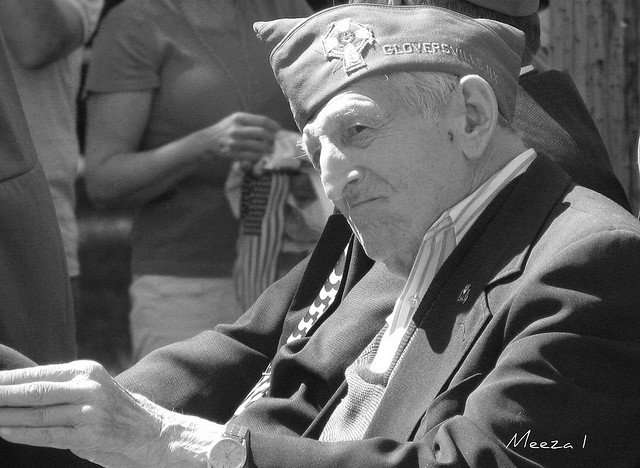 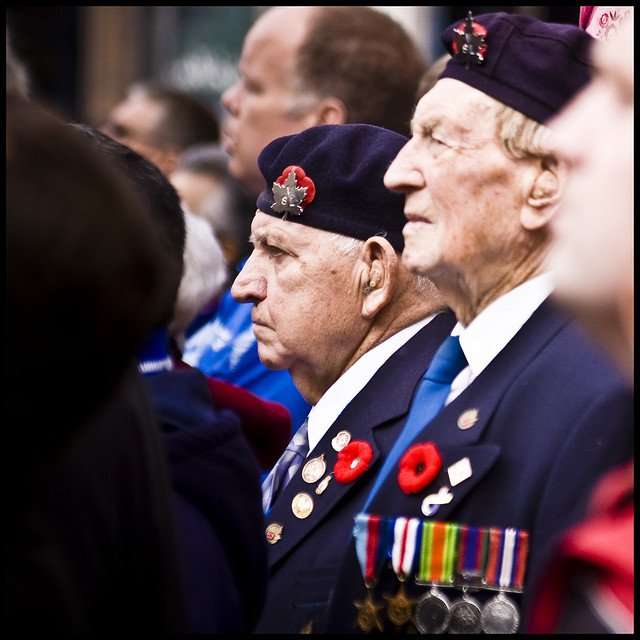 “Two veterans in the crowds along King Street in Hamilton” – by KennethMoyle, Flickr

And there are many more! Note how in each case, I provided a link to the owner’s Flickr profile. You can use whatever words you want, but it’s that link, and the fact that you searched on Creative Commons images to begin with, that will keep your images in line.

One approach that I highly recommend for businesses is to invest in an account and credits at DepositPhotos. Here’ll you’ll be able to find the perfect image for your Veterans Day campaign, as well as every other holiday and sale and promotion throughout the year! The featured image across the top of this post and all of my latest posts on this site are from DepositPhotos.

These heroes are dead.  They died for liberty – they died for us.  They are at rest.  They sleep in the land they made free, under the flag they rendered stainless, under the solemn pines, the sad hemlocks, the tearful willows, and the embracing vines.  They sleep beneath the shadows of the clouds, careless alike of sunshine or of storm, each in the windowless Place of Rest.  Earth may run red with other wars – they are at peace.  In the midst of battle, in the roar of conflict, they found the serenity of death. I have one sentiment for soldiers living and dead:  cheers for the living; tears for the dead.

THANK YOU TO OUR VETERANS!