The Best Social Sharing Plugin Is Getting Better

Social Warfare is the best all-around social sharing plugin you can use – you get customization, branding, incredible functionality, and more. And it’s getting better.

Ok… you know how I said I only recommend tools that I use personally? Well, this is the one exception.

Social Warfare is the best all-around social sharing plugin you can use. Unfortunately, my site isn’t compatible, or I’d be using it myself. I have however helped other clients and colleagues install it. And of course I’ve enjoyed using Social Warfare as an end-user when it’s working on sites where I want to share content to social.

With Social Warfare, you get more than just a pretty set of social sharing icons – you get customization, branding, incredible functionality, and more. Dustin W. Stout, Co-Founder of Warfare Plugins, says, “We built Social Warfare because we wanted high-performance and strategic results. No other sharing plugin offered that, so we built our own solution.”

And, next week, Social Warfare is turning two! 2.0, that is.

With this update comes a massive overhaul of the UI, along with some fantastic new features and updates. According to the official announcement:

Here’s an example of what the new popular posts widget looks like in 2.0: 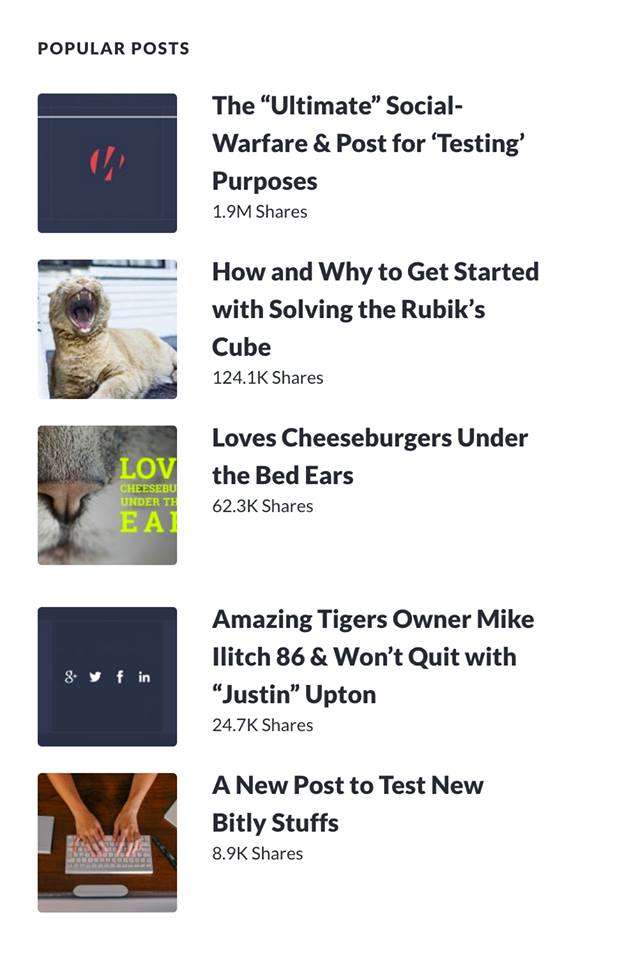 In addition to those and other general enhancements and improvements, Warfare Plugins promises ONE MORE THING… but they aren’t spilling the beans until next week.

Whatever that new feature is, it’s sure to be amazing, and a real asset to bloggers and businesses everywhere.

With the new version does come a slight increase in pricing, so you have until Tue. July 12th to lock in today’s rates for – the lowest they’ll ever be.

P.S. Most of you will simply need the $24/yr package, and can take full advantage of the 45-day guarantee.

Play to the strengths of your virtual event platform.