View Mistakes by Other People as Business Opportunities 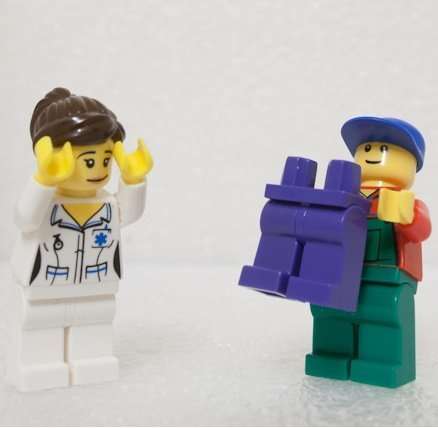 One of the most common negative experiences people have on social media is to get “flamed” by other people for making a mistake. To Flame means to harshly criticize someone for their error, degrading them in the process. So someone makes an error, does something wrong, and the resulting comments are negative, even hurtful, and are nothing short of online bullying.

To be clear, what we’re talking about is NOT instances where someone deliberately chose to do something wrong, like spamming a group. If you are deliberately posting affiliate links in every group and community over and over again, you deserve to tumble through Dante’s Inferno.

No, what I’m talking about are instances where people make an honest mistake simply due to a lack of knowledge or experience. The problem though isn’t the mistake, it’s the harsh response to that mistake. Some people take such delight in attacking others and flaming them that the term “flamers” has now entered our lexicon to describe such users and their intent to incite and deride.

This happens often on social networks and other online forums due to deindividuation and reduced awareness of other people’s feelings, conformance to perceived norms, miscommunication caused by the lack of social cues available in face-to-face communication, and antiprocess. It’s the “perceived norms” that get most people in trouble. A norm is simply a cultural expectation for how to behave in a given situation.

Whether your realize it or not, every social network (and every real life network like a business or community) has their own unique set of norms. Would your neighbors get upset if you let your lawn grass grow a couple of feet tall? Assuming there’s no actual law in your community, that’s a norm (and incidentally, if there is a law, it was put into effect due to the overwhelming support of the idea and is considered a kind of norm).

So every network has their own norms. The problem is, most of the time, there’s no signpost or rulebook to refer to in order to learn these norms. Becoming acquainted with all of the norms and mores (specific norms that are strict rules of right and wrong) for a community are part of the acclimation process – something that has to be learned through observation and experience. In fact, a great many of the articles I write are essentially to educate you on the norms associated with a specific social media platform. But unfortunately, I haven’t covered them all, and new norms are being molded and developed every day as new social networks and features present themselves and flow into mainstream use.

For instance, on Google+, when you are composing a new post, Google+ presents you with the option of selecting an audience for that post. You can choose Public or Your Circles or Extended Circles, as well as individuals that you have circled. You can also choose any specific Circles that you’ve created or Communities that you’ve joined. Now, someone inexperienced with Google+ will not understand what all these options are and which to choose, so they’ll make a guess. If they choose to include one of their Circles, and then go so far as to select the “Send an email” box, it will result in every person within that circle getting a notification of that post.

The problem is, those people like didn’t ask to be notified! They may not even know you. Do it once and they might ignore you. Do it multiple times, even if it’s accidental through ignorance, you’ll likely get blocked, muted and reported – labelled as a spammer.

Now, from our perspective, it’s annoying when people make these dumb mistakes! I DO NOT want to get notifications for real estate listings 5 states away from me, yet I do. And when I do, it’s a distraction! And repeated instances are just downright irritating.

But the thing is, we’ve all been there. We’ve ALL made dumb mistakes. We can take 2 seconds to snap at someone and make them feel dumb, but what does that accomplish?

Instead of flaming someone for their mistakes, try taking a different approach. Try explaining to them, nicely, what they’re doing wrong, and offering to help.

Yes, it’s the nice thing to do, and I think that’s the most important reason to do it, but I also think that depending on the circumstances, there might actually be business opportunities that you’re missing by not taking this approach.

My example is that of a social media faux pas, because that’s my business. As a social media consultant, I work with business owners and users to help them understand how to leverage social media to increase web traffic, generate leads, convert leads into sales, and measure everything. Therefore, isn’t it in my best interest to be on the look out for people mis-using social media, and offer to help? They need it! They may not want or appreciate my help – but maybe they will, and I will have created an opportunity for me and my business.

Ok, suppose you’re not in social media. Well, offering to help people on Facebook may not be the thing for you, but what about your own business? Do you have customers regularly calling up with stupid questions? Repeating the same errors over and over again? These aren’t stupid questions, they’re opportunities! Offer to help, even if it means going outside your box a bit. Maybe you don’t normally offer training or consulting, but would that be so bad for you?

If you adjust your mindset to be looking for opportunities to step in a be a resource, rather than just the Cop for your industry, not only will you create actual business leads and more customers for yourself, you will also create a better image for yourself. If you choose to flame someone, all you are doing is alienating that person forever. Do you think they will ever want to do business with you, or refer you? And keep in mind that if you’re correcting someone in a public setting, online or off, other people can see how you’re treating that person! You may be alienating more than one potential customer thanks to one offhand remark.

When I was just getting my feet wet on Google+, I made the mistake of sharing my new blog posts to every community I was a member of. It’s common and accepted on LinkedIn, but most Google+ Community moderators would prefer that you did not do that, and I can understand that. They don’t want their communities to turn into a #LinkToilet and want to ensure that if you’re sharing a post, it’s for a good reason. The problem was, no one explained that to me or helped me to understand it. Instead, I was rudely and abruptly yelled at (virtually) by one of these community moderators. I won’t tell you what community or who it was, but they’re a peer in my industry, several states away. That’s someone I might have developed a professional relationship with and perhaps even exchanged referrals for local clients. Instead, particularly since I’ve seen I’m not the only person he talks to in this way, I’ll have nothing to do with him or his community. I consider it his loss, but the point is that by choosing to deal with me in a certain way, he cemented the nature of our relationship and it’s unlikely that will ever change. Are you doing the same for potential customers?

One final thought to ponder before I let you go. Consider what it must be like to get annoyed at everyone else’s mistakes, and to feel like you’re constantly correcting the people around you. The phrase, “If you want something done right, do it yourself” is your personal mantra. If you feel like that all the time, where’s the joy? Where is the job satisfaction? If, instead, when you notice someone doing something wrong you take a moment to help them out, does that make a difference in how you feel? I think it does. I think that if you make an effort not to be annoyed, but to look at mistakes as opportunities, and you turn that into a habit, you might just be a happier person for it.

Personal joy aside, I think many businesses are missing multiple chances to score big points with potential customers, just by being friendly and helpful. Don’t be a curmudgeon! Be nice, and see how many sales and opportunities it brings.