How One Business Refused to Shrug Off Fake Reviews

Fake Reviews of businesses and products is increasingly becoming a problem – so much so that solopreneurs are now at risk.

You are here: Home / Digital Marketing / How One Business Refused to Shrug Off Fake Reviews 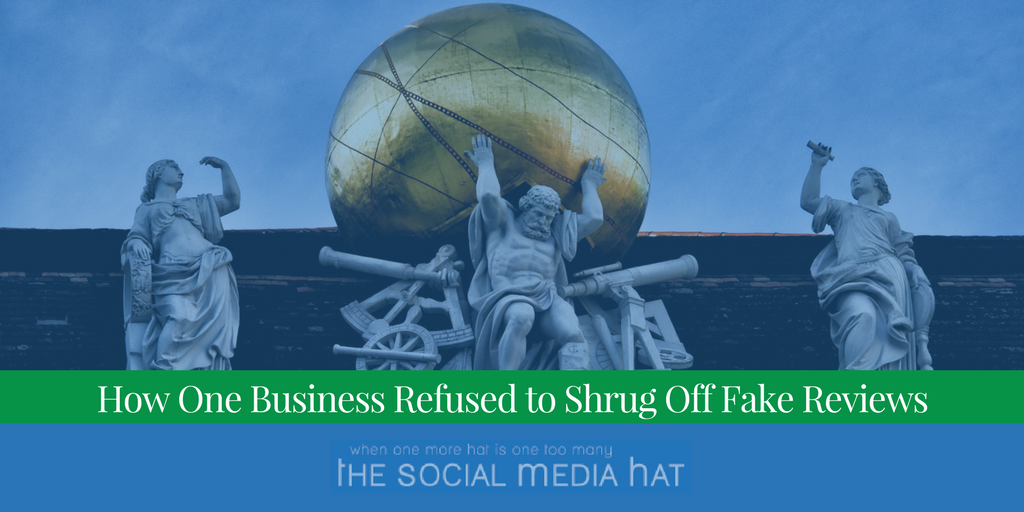 Or, Are Wealthy Affiliate Reviews of Solo Build It! Legit?

We know that solopreneurs, particularly online business solopreneurs, make up the backbone of our collective global economy. What if they really were all gone?

What if there were no new solopreneurs?

…Succeed despite being surrounded by companies that would prey on their individuality and use their lack of time and experience as a means to line the company’s own pockets.

“If you don’t know, the thing to do is not to get scared, but to learn.”

Atlas Shrugged by Ayn Rand is set in what’s referred to as a dystopian United States – a literary way of saying an alternate reality that the author has constructed – in which the nation, and the world, is going through a tremendous economic crisis.

Financial, manufacturing and transportation sectors are crumbling, while those who are in power use this turmoil as an opportunity to accumulate more wealth and power.

Policies enacted by the government, operating through the “State Science Institute,” have little to do with helping individuals or staving off disaster, and everything to do with forcing more and more of the same.

It’s the perfect backdrop for the story I’m about to tell you.

“Contradictions do not exist. Whenever you think that you are facing a contradiction, check your premises. You will find that one of them is wrong.”

Atlas Shrugged is replete with contradictions and complexities, but none are more apparent than that of the United States government enacting policy after policy that claim to be designed to steer the country out of the crisis, yet have the exact opposite effect.

The premise, of course, which is incorrect, is that the government is looking out for the people, for the individuals who comprise the nation’s workforce and consumer base.

When we turn our attention to what’s happening with solopreneurism today, we may find whispers of those very same contradictions.

Twenty years ago, a company launched with a vision for helping solopreneurs to succeed online. Starting with a book, then a series of books, and then evolving into an advanced set of educational materials, tools and resources, Solo Build It! set out to be the most complete and effective resource that an individual could turn to.

Many have taken the time to figure it all out on their own, but for the tens of thousands who have joined SBI!, they’ve found a focused, uncluttered path toward proven solopreneur success.

But, another group has entered the solopreneur space. A group that aspires to inspire solopreneurs and help them much the same way Solo Build It! does… but sadly, the truth falls so short of the mark as to be more like the State Science Institute than any real individual business resource.

Wealthy Affiliate, which used to be focused on affiliate marketing as the name implies, has tried to broaden their reach to more general online business niches and thus increase their user base.

If they relied on traditional marketing to promote a truly superior product, there’d be no issue at all.

They’re trained to write reviews of competing products, like Solo Build It!, for the sole purpose of positioning Wealthy Affiliate as the clear alternative.

It’s a technique for distributed advertising that approaches the illegal – “Astroturfing” – whereby affiliates claim to be providing unbiased, honest accounts but are, in truth, making claims that, at worst, they know are false and, at best, they have been led to believe are true by the parent company.

Basically, they train folks to funnel people to Wealthy Affiliate by writing fake reviews of other products that the target market might be considering. Whatever they say about Solo Build It! (whether it is a trashing or appears to be objectively fair), the actual recommendation always goes to Wealthy Affiliate.

The point is this. The potential customer of Solo Build It! believes that s/he is reading a review of SBI!. In fact, though, s/he has entered a Wealthy Affiliate sales funnel. This would merely be “aggressive” if…

In response, a comprehensive study has been published which proves conclusively that Wealthy Affiliate’s claims of success are a fabrication. But more is needed in order to keep the spark of solopreneurism alive.

“Never think of pain or danger or enemies a moment longer than is necessary to fight them.”

Throughout Atlas Shrugged, there are two disparate groups struggling against the corrupt government in their own way. One group seeks to succeed within the existing system, despite the system, and watches as their freedoms and capabilities are slowly eroded away.

Another group seeks to set themselves apart, and create an entirely independent system of their own, in a place called Galt’s Gulch.

Solo Build It! is the equivalent of Galt’s Gulch. SBIers are normal, everyday people doing extraordinary things – because they’ve been given a proven process to follow and a chance to succeed.

What happens when they’re not given that chance?

In a head-to-head review of actual, measurable results, Solo Build It! sites have been shown to be:

What’s worse is that, statistically, the vast majority – 87%! – of Wealthy Affiliate users fail to generate any meaningful levels of traffic or success at all.

And yet, the data also shows that Wealthy Affiliate continues to bring in dozens and dozens of would-be solopreneurs every day.

Many of these folks would choose a different path if they knew one was available, or if they at least better understood the risks that taking the Wealthy Affiliate approach represents.

While a feature vs. feature comparison may certainly be of interest to prospective solopreneurs as part of a review, this study sets out to accomplish what most individuals lack the time or resources to do. It answers the question:

How does Wealthy Affiliate compare to Solo Build It! when it comes to actual results?

It’s a unique and innovative approach, and one that many will appreciate, even some who have feel trapped within a broken system and are looking for a better way.

You can read more of Ken’s mindset and the SiteSell’s approach in this Quora thread.

As I mentioned earlier, many have taken the time to figure it all out on their own, but only a small percent actually succeed (and it’s not getting easier!). Meanwhile, SBI! has done and continues to do the figuring it out for solopreneurs so they can focus on following an uncluttered path toward proven solopreneur success. (Wealthy Affiliate, in contrast, offers zero proof of success.)

In fact, the Solo Build It! team, who launched SBI! because they figured that most people fail for all the wrong reasons, are currently conducting wider reviews on how solopreneurs do today, covering:

In other words, what works? What do the high performers do? What should you avoid?

These are more complex studies to construct in such a way as to be sure that selection bias is minimized (i.e., compare apples to apples). Their goal is to deliver the first complete picture, ever, of how solopreneurs do online. It promises to be ground-breaking, original and important research.

“Do not let your fire go out, spark by irreplaceable spark in the hopeless swamps of the not-quite, the not-yet, and the not-at-all. Do not let the hero in your soul perish in lonely frustration for the life you deserved and have never been able to reach. The world you desire can be won. It exists… it is real… it is possible… it’s yours.”

This could be a story of how one company stood up to another in the face of dishonest marketing.

Or, it could be a story of how to use real data and analysis, even in the age of alternative facts, to present a reasoned argument.

It could be a story of targeted content marketing, or Wealthy Affiliate reviews versus Solo Build It! reviews, or so many other interesting angles.

And yet, the most important story here is the journeys of the people themselves – the odysseys of real solopreneurs who have achieved so much, who never letting their fire go out. Check out these recent stories from the SiteSell blog, for examples. Passion! Who else presents genuine success stories like that?

It is for those folks, and for the countless others like them who haven’t yet started their journeys, that I beg of you this:

My long-time readers can attest to how infrequently I ask them to share my posts. This is one of those times.

This needs to be a story about community, not a company.

This needs to be a story about solopreneur success, not abject failure.

This needs to be a story about you and I working together to reach more people, more everyday people, who have dreams and aspirations – and to help protect those dreams.

Whether they use Solo Build It! or their own wits to build an online business, what’s important is that they have that opportunity.

Or, in other words… shrug.

“If you saw Atlas, the giant who holds the world on his shoulders, if you saw that he stood, blood running down his chest, his knees buckling, his arms trembling but still trying to hold the world aloft with the last of his strength, and the greater his effort the heavier the world bore down upon his shoulders – What would you tell him?

“I…don’t know. What…could he do? What would you tell him?