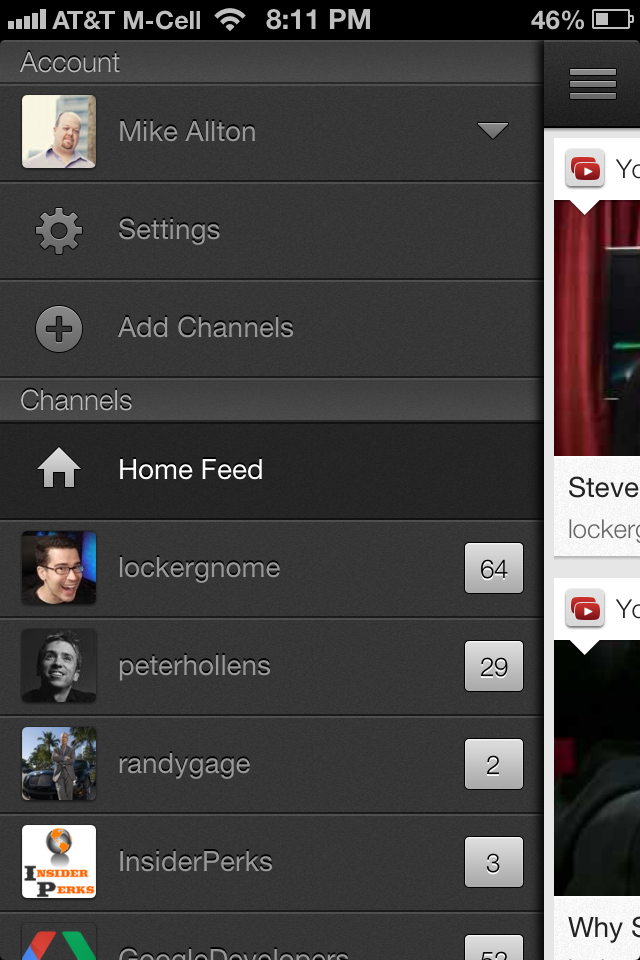 When Apple released iOS6, the native YouTube app was removed as part of their break from Google. For most iPhone users, this was a good thing! Google released their own YouTube app that is far superior. An update was released today that makes it even better.

Users can now stream videos through AirPlay, Apple’s technique for wirelessly sending and displaying content from one device, like an iPhone, to another device, like an AppleTV.

Additionally, the logo can be tapped to access the channel Guide. Users can also add and remove videos from their playlists. When video descriptions contain links, those links are now clickable, and Google has included improved accessibility with VoiceOver.

What do you think of the new YouTube app?