Why do I see t.co as a referral source in Google Analytics?

You are here: Home / Social Media Articles / Why do I see t.co as a referral source in Google Analytics?
Reading Time: 2 minutes 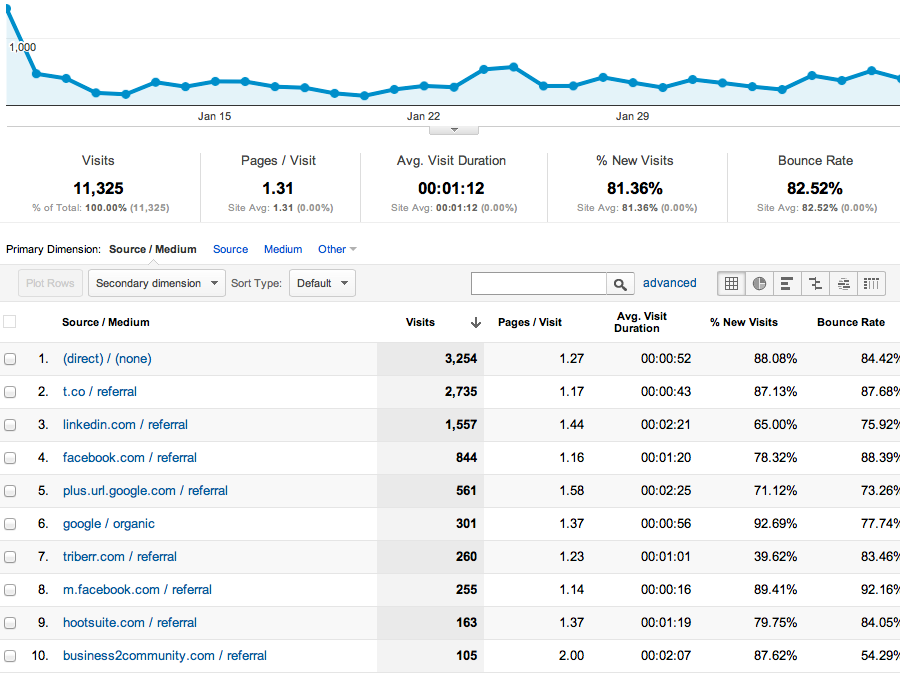 As we continue to explore Google Analytics, one of the key areas of attention is Referring Sites. These are the sites that sent traffic to you. This is a critical statistic for understanding where your visitors are coming from so that you can gauge the effectiveness of your advertising and social media campaigns. Most of the time, you can tell by the address what the site is, like LinkedIn.com or even plus.url.google.com. But what about t.co? If you’re like me, t.co represents a significant amount of traffic.

The short answer is (no pun intended), t.co are shortened links from Twitter. Anytime you use a Tweet button on a site, or compose a tweet within Twitter that includes a link, that link is shortened using the t.co shortener.

So, all of those t.co referrals your site is getting is Twitter traffic.

What’s wrong with bit.ly or tinyURL?

Prior to September of 2010, Twitter users were using bit.ly and tinyURL and other shorteners. What Twitter realized is that by allowing all these third-party providers, they were missing out on tremendous amounts of data, so Twitter implemented their own system.

Twitter understood that being able to provide more information about the actions of users would be valuable to marketers. Marketers want to know what happened before someone got to their site, and how many people may have acted on a specific message.

Because Twitter owns the URL shortener, whenever a user clicks on a t.co link, the link has to go through Twitter to be matched to the full URL, providing Twitter with that critical engagement data.

So, since 2010, Twitter has been collecting more and more information, about how and when links are clicked. There are a few benefits that Twitter has worked into the t.co service:

I hope that clears up the “t.co mystery” in your Analytics report. If you have any other questions about what you’re seeing in your site metrics, please share them below!

Previous Post: « Sharing news just got easier with Buffer and Feedly
Next Post: Co-citations are Critical for Business SEO »