Whoa, Dude, Social Media Gave Us Our Own Interactive Television! 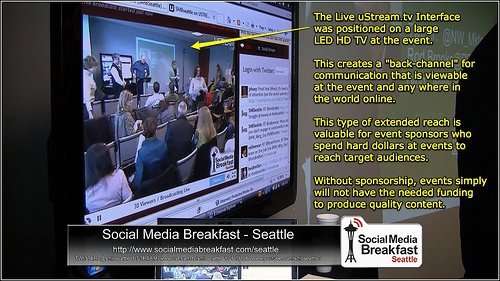 The growth of mobile and tablet use to consume entertainment has affected the number of households with televisions. “Zero television” households have increased to 5 million in 2013, compared to only 2 million in ’07, citing a 2013 study from The Nielsen Company. While consumers have been able to watch favorite shows from the Internet for years, live streaming is bumping up the mobile TV platform, and mobile devices will be the key to industry success, according to Turner Entertainment Network. TV apps may be the future of TV — here are some trends to watch for.

A mobile app is software that runs specifically on mobile devices such as smartphones or tablet computers. Most devices come with app marketplaces, such as Google Play or the Apple Store, already installed. Network resellers for television are introducing their own streaming apps to enhance the entertainment for viewers looking to watch shows via mobile technology.

Meanwhile, Netflix released a manifesto of sorts on its website discussing the move to TV apps, cited an article from USA Today. The article also mentions that today’s consumers are part of the mobile generation, moving from linear TV to mobile watching devices. Networks are quickly jumping on the app bandwagon. This year, ABC launched its Watch ABC app on web, iOS and Kindle Fire, allowing viewers in select areas to watch their favorite shows via live streaming, according to Engadget.

On demand is a key feature related to mobile TV apps. These allow TV fans who don’t have time to sit and watch when it airs a chance to see it later without bothering with DVR. Just search for a show and order it from your device.

Other apps are designed with enhancing the viewing experience in mind. TV Guide provides a TV Guide Mobile tool that conducts local searches, channel lineups, and allows users to create watchlists for future viewing, according to MediaPost. When you sit down with a bowl of popcorn and the remote, just check your phone to see your schedule.

Are Apps the Future of Television?

Apps will definitely play a significant role, but it may not be as comprehensive as companies such as Netflix want consumers to believe. Live streaming isn’t perfect technology since it’s dependent on bandwidth and can be less than fluid in presentation. Add the awkward nature of having to hold something while you watch, as well as watching shows on little screens that may not do justice. This may be a mobile generation, but it’s also one that still likes big, high-definition TVs.

What do you think: will apps take over traditional screens when it comes to television? Will streaming devices like the new Chromecast or Apple TV replace Cable? Leave your opinion in the comments.