Who Will Buy Twitter? A Rundown of the Possibilities

Rumors about a Twitter Acquisition are nothing new, but the last two months have seen extraordinary buyout talks and activity. Let’s see what’s going on.

You are here: Home / Social Media Articles / Who Will Buy Twitter? A Rundown of the Possibilities
Reading Time: 4 minutes 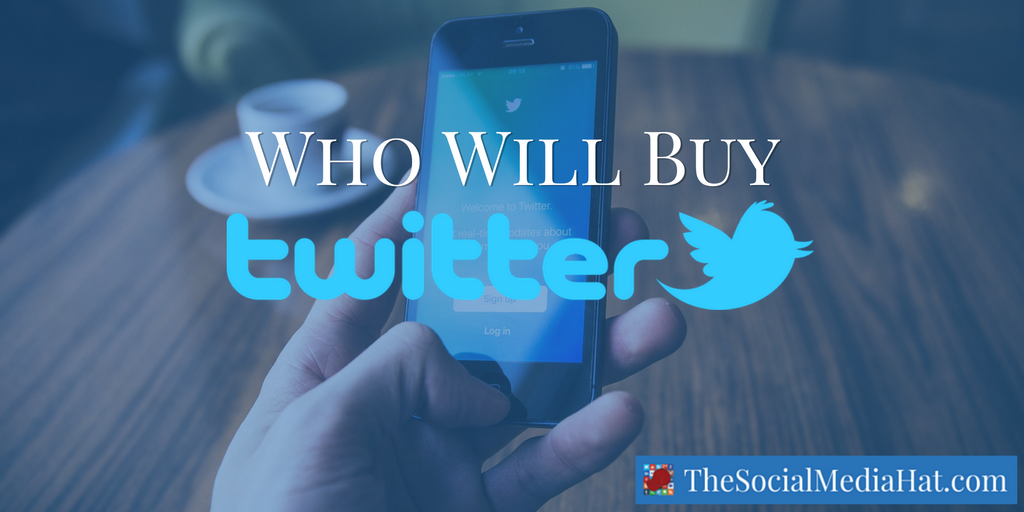 Since Twitter first broke onto the scene, an acquisition of some kind has been heavily rumoured. More recently, investors have struggled to keep their excitement a secret after co-founder and board member Ev Williams said in an interview that the company would be open to considering a takeover. The company’s immediately stock rose 4.5% and Wall Street remains eager to see if there’s any new movements. 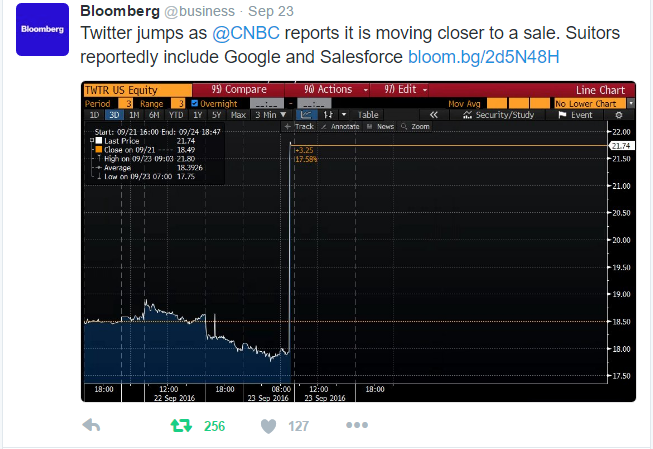 With several different options potentially on the table, here’s a rundown on what we should look to expect, along with some commentary from a few Twitter users.

How Did It End up This Way?

Before getting started, it’s important to establish how we got here. After all, Twitter currently has over 300 million active users so, for many, the idea that the company is in trouble may be a surprise. However, after struggling to effectively monetize the site, especially compared to rival Facebook, many venture capitalists are now reluctant to offer any more backing. The platform has also come under considerable attention lately due to its laissez faire attitude towards the abuse that is prevalent on the network. All of which recently culminated in Breitbart News editor Milo Yiannopoulos being permanently banned from the service after Twitter deemed that the writer had been inciting abuse towards actress Leslie Jones.

This may leave many wondering why the company doesn’t simply invest in its staff so that there are enough people to moderate this kind of behaviour. In reality, one of the biggest criticisms of the company is that they have too many employees already and any potential buyer would benefit from a clearing house. According to recent figures, Twitter earns around $460,000 of revenue per employee, far behind other tech companies like Apple ($2.1m), Facebook ($1.4m), and Google ($1.2m). In fact, the closest comparison is Yahoo ($450,000), who were recently purchased by Verizon for $4.83m after years of struggling to compete.

Who Are the Potential Buyers?

Google has long been seen as the ideal partner for Twitter. The company’s Google+ initiative failed miserably and its recent efforts into the messaging world with the just launched Allo app show that Mountain View hasn’t given up on being a part of the social game. However, just last year the two companies reached a deal that would see Twitter relinquish access to the “firehose” of half a billion tweets or so a day to the search expert. In exchange, tweets would start showing up in mobile search results which would hopefully attract more traffic to the site.

So while Google still may see the long-term potential of an acquisition, at the moment they’re already getting what they want from the company. Likewise, another traditional tech giant that you might have suspected to see mentioned is Microsoft. The Seattle-based company has also been looking to expand its portfolio into the social sphere, but after its $26bn acquisition of LinkedIn in the summer another big buy is unlikely.

The #twitter buyout is like a season of The Bachelor. Will #softbank finally be ‘the one’ https://t.co/gIas9uP6M0

Salesforce is another leading candidate in the potential acquisition. For anyone unfamiliar with the company, Salesforce is one of the world’s leading customer relationship management platforms (CRM) that help businesses better analyse their data in order to improve retention and further drive sales. While their pockets may not be as deep as their rivals, the company has been particularly aggressive this year, acquiring ten different companies for a combined fee of around $4bn.

Across the globe, Twitter has become a huge part of businesses’ social media marketing strategies. Not only as a means to promote new products but also as a customer-service platform, and it’s this kind of data that Salesforce could really benefit from. In a recent interview cited by the Wall Street Journal, CEO Marc Benioff even admitted that they were actively looking to purchase companies that were “data-rich” and didn’t rule out a potential purchase of Twitter in particular.

Perhaps the most surprising name in the run-in. It’s important to distinguish Disney from the company behind Mickey Mouse from Disney the company that owns television network ABC and sport channel ESPN though. If this acquisition was to go through, it would likely be a part of a greater media publishing strategy. After all, for many Twitter has become the go-to destination for the latest news and to follow live events, while platforms like Facebook remain a place to connect with your friends and family.

However, Brian Weiser of Pivotal Research Group has advised against the move, noting that while Disney may benefit from the additional reach it could cause friction between rival companies unless the situation was managed very carefully: “The risk to Twitter is that ownership by one news-gathering organization might cause competitors (i.e. Fox News, CNN, NBC, CBS) to refrain from using the platform or favor a competitor such as Facebook, potentially leading to fewer users of the platform.”

Update: Disney isn’t going to bid for twitter either.

Disney bailed on the Twitter buyout because of the microblogging site's bad reputation https://t.co/3WlE0JkpXO pic.twitter.com/ATu7kJvnlU

While we wouldn’t be surprised to see this saga rumble on for the considerable future, if we had to make a prediction on who will buy Twitter right now it would probably be Salesforce, as the two companies interests seem most aligned at the moment. While the companies above have either denied interest or expressed that they’re moving on, the longer Twitter shares continue to fall, the more appealing the sale price might be. It’s always possible one of these players will revisit the idea.

Let us know your own opinion in the comments section below and be sure to keep up-to-date with the effects on other markets like currency trading. How do you think any acquisition might impact how you use the platform, either as a business owner or simply as a consumer? Do you think Google, Salesforce or Disney will ultimately pull the trigger on a sale, or will someone else swoop in and find themselves the proud new owners of a social network?