When Is The Best Time To Post On Social Media?

Learn when the best (and worst) times to post to social media are, why it matters, and how to optimize for your business.

You are here: Home / Social Media Articles / When Is The Best Time To Post On Social Media?
Reading Time: 4 minutes 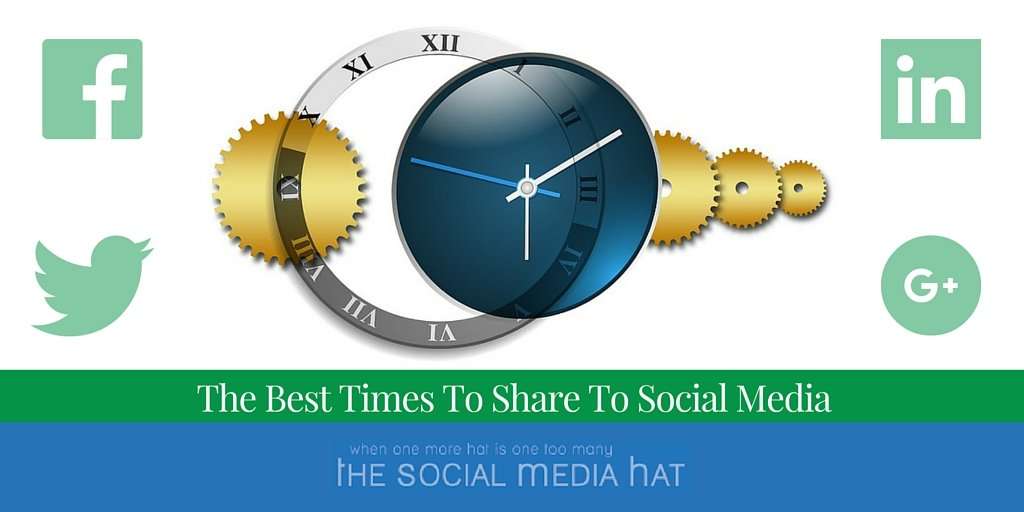 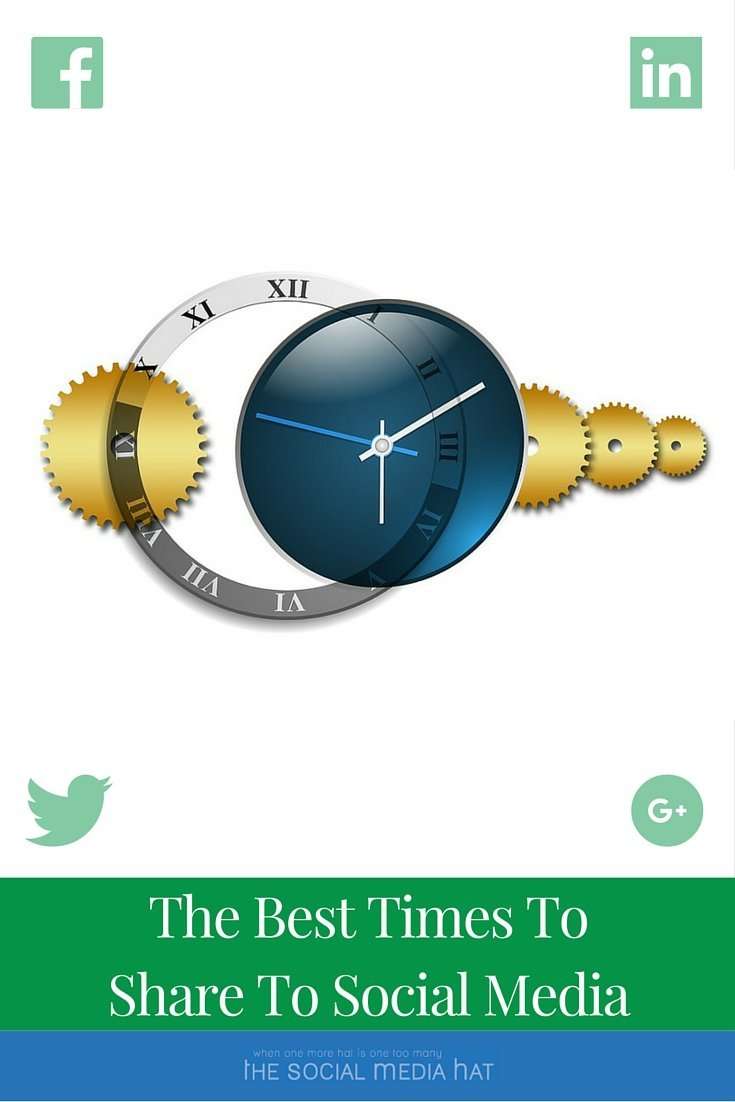 For most small business owners, your social media activity may be limited to just one or two posts a day. If you’re active all day, then “optimum post time” may not be as important. But if you have just one or two shots to catch the bulk of your followers when they’re potentially listening, you need to be aware of that time. Let’s review some statistics to see if we can’t zero in on your best (and worst) times to post to Facebook, Twitter, LinkedIn, Google+ and Pinterest.

What Do We Mean By Optimum Social Media Post Time?

Any time you share content to a social network, whether its an update, a picture, or a link to your recent blog entry, that post is occurring on a specific day of the week and time of day. What you may not have realized is that each social network has peaks and valleys in usage. Ideally, your post would go out during a peak usage time, enabling you to achieve the maximum amount of exposure for your update.

Not only do we want to look at what times are getting the most users on the more popular social networks, we also want to look at the times that have the least usage, and avoid wasting time trying to be active during those periods.

The best time to post is from 1pm to 4pm, and the worst time is between 8pm and 8am.

Traffic builds after 9am, and the peak time is Wednesday at 3pm. Traffic fades after 4pm and avoid posting on weekends.

The best time to post is from 1pm to 3pm, and the worst time is between 8pm and 9am.

Traffic builds after 11am, and the peak time is Monday through Thursday. Traffic fades after 3pm and avoid posting after 3pm on Friday.

Traffic builds before and after business hours, and the peak times are Tuesday through Thursday. Traffic fades during 9am to 12pm and 1pm to 5pm, and avoid posting on Mondays and Fridays.

The best time to post is from 9am to 11am, and the worst time is between 6pm and 8am.

Traffic builds after 9am, and the peak time is during work hours. Traffic fades after 5pm and avoid posting in the evening.

Traffic builds after 12pm, and the peak time is Saturday morning. Traffic fades after 5pm and avoid posting in the late afternoon.

So, if you take a look at the different times for these networks, you may have noticed that they’re all a little different! Facebook, Twitter and Pinterest are strongest in the afternoon, while LinkedIn and Google+ currently receive the heaviest traffic in the morning. How do you manage to hit these times?

to schedule your activity. With AgoraPulse, you can craft an update and then schedule it to go out at a specific time, allowing you to create an update for your Facebook page in the morning, but have it actually post in the afternoon when it might be seen by more users. With Post Planner, Tailwind or Friends+Me, you can add evergreen blog posts and curated articles to your queue to be posted according to a schedule, and the great thing is that you can have different schedules for different networks. You can set up Facebook or Twitter and have different posting times and frequencies for each. (There is lots of overlap and differences between the available social media management tools. If you have any questions about them at all, just leave a comment below.)

Second, make a note of the ideal time for posting for the networks you’re going to be active on and simply make sure that if you’re going to create a post manually, you try to do so during that timeframe.

Now, it needs to be made clear that these times and days are based on averages and aggregates. Individual businesses and industries may see better results at slightly different times. It’s also true that the content of your post matters! You can’t expect to see great results on Facebook just because you said something at 2pm. All of your social media activity should be designed to Educate, Entertain and Engage your customers. If you’re creating great content, then tweaking your posting times to coincide with peak usage should maximize your results.

That means that all of the above data should be used as a Baseline for your business and social media activity. Start your activity at these times and then experiment! After each period of experimentation, note how the timeslots performed for each network individually. If you’re only active once or twice a day, a simple spreadsheet will help you track performance. If you’re sharing more often, you’ll want to leverage the reporting tools within AgoraPulse or something similar.

Try it yourself and see if you get better results by adjusting your post times, and let me know what you think in the comments below.

Want to sav e time with your social media activity and yet get even more results? Use the #1 rated social media management tool, Agorapulse, and as a friend of Mike Allton, you’re eligible to receive your first two months free after trial! Go to https://www.Agorapulse.com/Allton to learn more and get started.