What You Should Know About Reticular Formation in Social Marketing

You are here: Home / Social Media Articles / What You Should Know About Reticular Formation in Social Marketing
Reading Time: 5 minutes 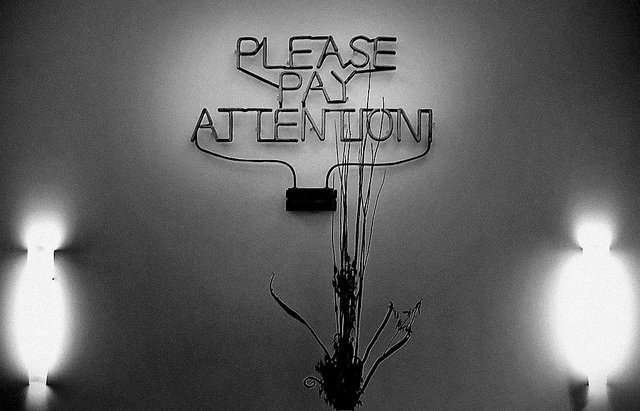 I know you’re probably saying to yourself, what’s reticular formation, and why is it on a social marketing blog? Well, I can understand your confusion. About 6 months ago I stumbled on this word while preparing to research my new e-book, The
“WOW” Factor: Psychological Success in Social Media.

This is a word that you should definitely be familiar with because it affects the way you do your social marketing!

What is Reticular Formation Anyway?

Still not sure? Reticular formation is, according to Wikipedia, a region in the brain stem that is involved in multiple tasks such as regulating the sleep-wake cycle and filtering incoming stimuli to discriminate irrelevant background stimuli. It is essential for governing some of the basic functions of higher organisms, and is one of the phylogenetically oldest portions of the brain.

In order to understand the psychology of your social media updates to drive traffic to your site, you have to first understand the ins and outs of a person’s psychological make-up.

Basically reticular formation explained is this: For example, if you lived by a railroad track all of your life and the train came blaring its horn while you’re asleep one night. This little part at the base of the brain allows you to disregard the noise. It allows you to “get used to” something that has happened all of your life.

On the other hand, that same little thingy will jerk you out of a sound sleep when you hear an unfamiliar noise in the living room.

Basically, reticular formation helps people “weed” out the things that are irrelevant and helps us to ignore certain things that are going on in our lives. The cool part is that it also can jerk us out of a stupor when something unfamiliar happens in our surroundings.

What People Do In Social Media

Actually, you could ask yourself this question. What’s the first thing you do when you get on a social platform like Facebook? More than likely, you are like the 88% of the rest of the users that scroll down to a familiar face to stop and read that person’s update.

We are people of habit. We don’t do it on purpose, but we tend to let ourselves get into a groove or a rut and therefore it tells our reticular formation in our brains what we want to hear and what we want to ignore.

Getting people to step from the familiar to the unfamiliar is not as hard as you think it might be. One of the concepts I discuss in the book is how to bump people out of that state of mind by capitalizing on the emotional perspective of the reader.

You thought you could just update and hope for the best?

Well, an established blogger with lots of followers can do that because they’ve established trust with their audience. If you’re a new blogger and started out anything like I did, then you can understand what it’s like to have absolutely nobody paying attention to you.

Emotion and How To Use It

Whether you know it or not, you’re supplying the reader with some type of psychological reaction every time you post an update, even if it’s boredom, that person is passing you up for the next person of interest.

One type of emotion that I have been seeing a lot is the Fear of Loss/Hope for Gain syndrome. I know you’ve seen these websites that have squeeze pages making big promises. These sites are great at playing to the theory that their product will work for you. The wording is correct, and the excitement is there, and then you begin to sell yourself on the idea… you don’t know this person, you have no reason to even trust this person, but because your emotions got out of hand, you begin to believe what they’re telling you.

This is just another way to control people emotionally online. These are probably the best yet toughest concepts to learn to drive traffic in social media. When you can bring a person that has a fear of loss emotion to your site, a lot of great things will happen for you.

The book entails a lot more examples, but for sake of time, here’s one that always encourages a “bump” out of the same old posting in your social account.

Making the reader feel as if they’re missing out on something if they don’t check out what you have to offer is a great way to drive traffic from social sites. People hate to be left out. Especially people that are looking to make a name for themselves in blogging. Bringing that factor of questioning, or making them want to know more is a great way to pull people out of their normal state of mind.

Another tip I’ll give before I go is to never give your personal opinion of something. Take for instance that you want to promote something in your post. You’ve written a great article and now you’re waiting on the traffic. One thing to never do is to call it “Amazing”, “Awesome”, “Terrific”, or any other self-promoting words. When you do this you take away the readers opinion to judge for themselves. Come on too strong and you’ve just caused a negative emotion which could result in loss of social media followers.

Did you read this whole post? Is your reticular formation working correctly so as to allow you to process information? Probably not. A lot of people’s are broken, and that’s ok. That’s why we have will power, and the tendency to overcome obstacles. Most people are like this. They are satisfied in the rut they’re in, and it’s up to you to break them out of it!

Social media is a great place to go to drive traffic, but creating an effective strategy is the only way that you’re going to be
successful online, and learning the full cause and effect of the human mind will get you one step closer to attaining your goal!

Knowing that people are creatures of habit will help you get one step closer to getting better at grabbing people’s attention. When you really understand the emotional side of making the update; whether it’s making someone angry, excited, or sad, build that update so it will cause a positive reaction that leads them to your site.

Previous Post: « Going Quiet on Social Media in the wake of tragedy
Next Post: New Google+ Goodness comes to the mobile app »