What The Movies Can Teach Us About Content Marketing

You are here: Home / Social Media Articles / What The Movies Can Teach Us About Content Marketing
Reading Time: 3 minutes 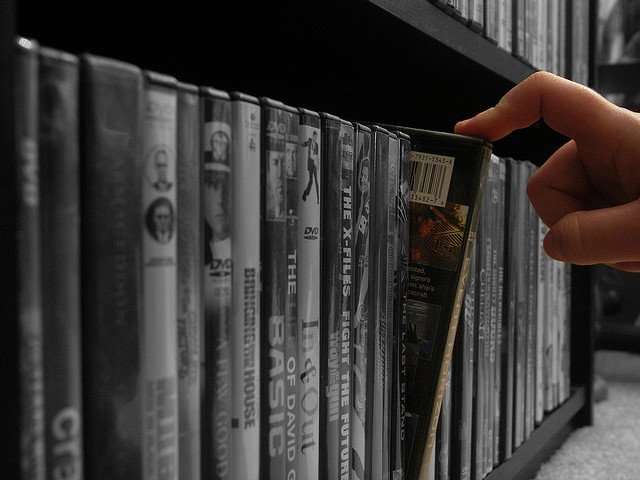 I wasn’t allowed to watch certain TV shows or play certain video games all because of their ratings. If a movie was rated PG-13, I couldn’t watch it until I turned 13. If a video game was rated adult supervision required or whatever the warning level was, I wasn’t allowed to play it until I turned 16. As much as I wanted to watch these shows and play these games, I was fighting a battle I’d never win.

When a new film hits the theatres, the director and producers understand the importance of creating a film that suits their target audience. The folks at Pixar understand the elements required to make a successful children’s movie the same way Quentin Tarantino knows how to craft movies that appeal to a mature audience.

When you create a content strategy, you need to understand who it is you’re speaking too. You need to know your audiences’ wants and needs while going beyond research that provides intel around their current demographics. Sure, demographics are important but understanding the psychographics are just as important when you think about what drives shares and engagement as it relates to your content marketing efforts.

Beyond the customer, you also have to think about the channel in which you’re delivering the content. It’s a known fact that certain movies that arrive in the US aren’t promoted and positioned the same way that they’re promoted overseas. Thus, when you look at content marketing on slideshare vs content marketing on instagram, you’re not dealing with the same type of audience and your content must reflect that.

Brands have been using this approach to marketing for years. When you look at the most recent Google Ads, you can clearly see that they are targeting parents and people who want to have strong relationships with their family. This video in particular stands out as a clear-cut example of how a brand tries to connect with dads:

Once the story is developed and you know your target audience is interested or support your positioning, it’s time to take it up a notch. It’s time to promote your content through channels like Facebook ads or use the advanced targeting functions on Facebook to ensure you’re putting the right message in front of the right people. This level of personalization gives the brand a better chance to deliver a message that will resonate specifically to your target audiences thinking.

The ability to create and deliver a message that resonates with a group of people is the key to driving shares and an increased level of engagement. Similar to a movie, the stories that spark up emotions and play to our insecurities or confirm our own beliefs, are typically the ones who hit mass appeal. For example, when the movie Brokeback Mountain or the Passion of the Christ hit the theatres; the reaction led to media pick up and conversations on every talk show in America. That’s the power of understanding your audience and creating or delivering a message that evokes emotion.

When you think about your content marketing efforts, you also need to think about your audiences’ emotions. Studies have shown that people are more likely to share content that spark joy, anger or inspiration with their network. As an example, when Oreo shared the following post it was clearly intended to stir up emotions and that’s exactly what it did: 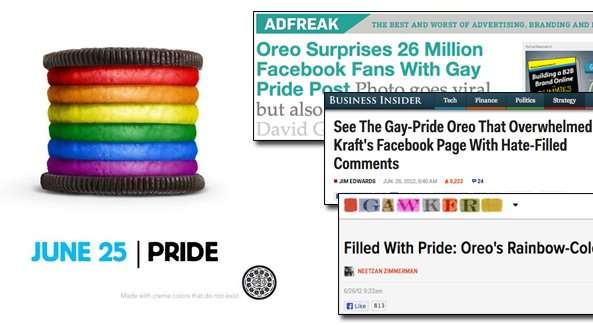 This simple visual was shared more than 15,000 times and had over 90,000 likes on Facebook. Additionally, the viral Facebook post was showed and mentioned in news outlets ranging from CNN to Mashable. This coverage was able to make the Oreo brand top of mind for a week straight as Twitter, Reddit and Facebook users couldn’t stop talking about the post.

So the next time you create a status update on Facebook, ask yourself how your audience is going to react emotionally. Give thought to the story that you’re telling through the update and ponder whether or not you’re sharing content that has the potential to win an Oscar or a Razzie.

Previous Post: « How to Hide LinkedIn Endorsements
Next Post: How to Set Up HootSuite Tabs and Streams »