Reading Time: 5 minutes In a stunning announcement, Vine announced in October that the Vine app and service is being shut down. Why, and more importantly, what will happen to existing Vines and Vine users is of paramount performance.

You are here: Home / Social Media Articles / What Happened To Vine? Twitter Shut It Down.
Reading Time: 5 minutes 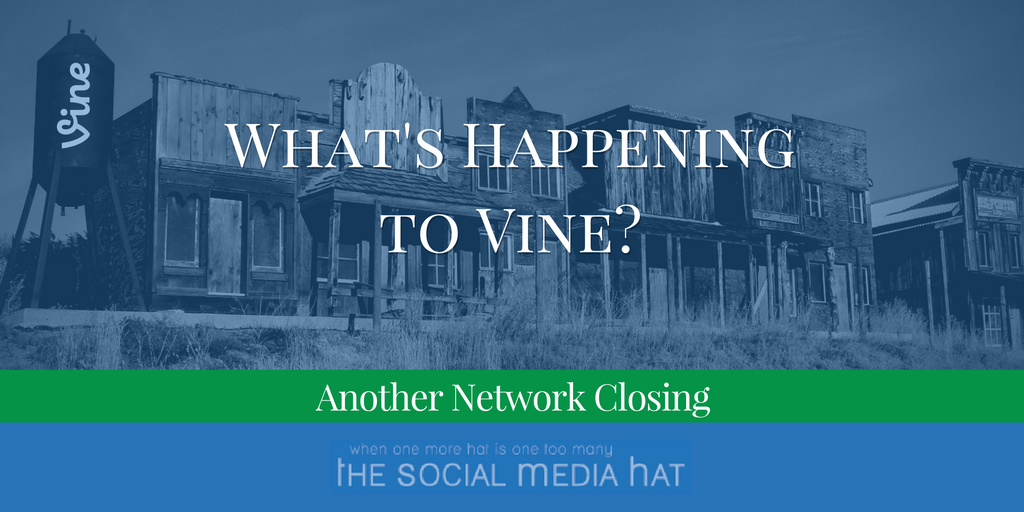 In a stunning announcement, Vine announced in October that the Vine app and service is essentially shutting down. Why, and more importantly, what will happen to existing Vines and Vine users is of paramount performance. (Updates follow, including V2!) 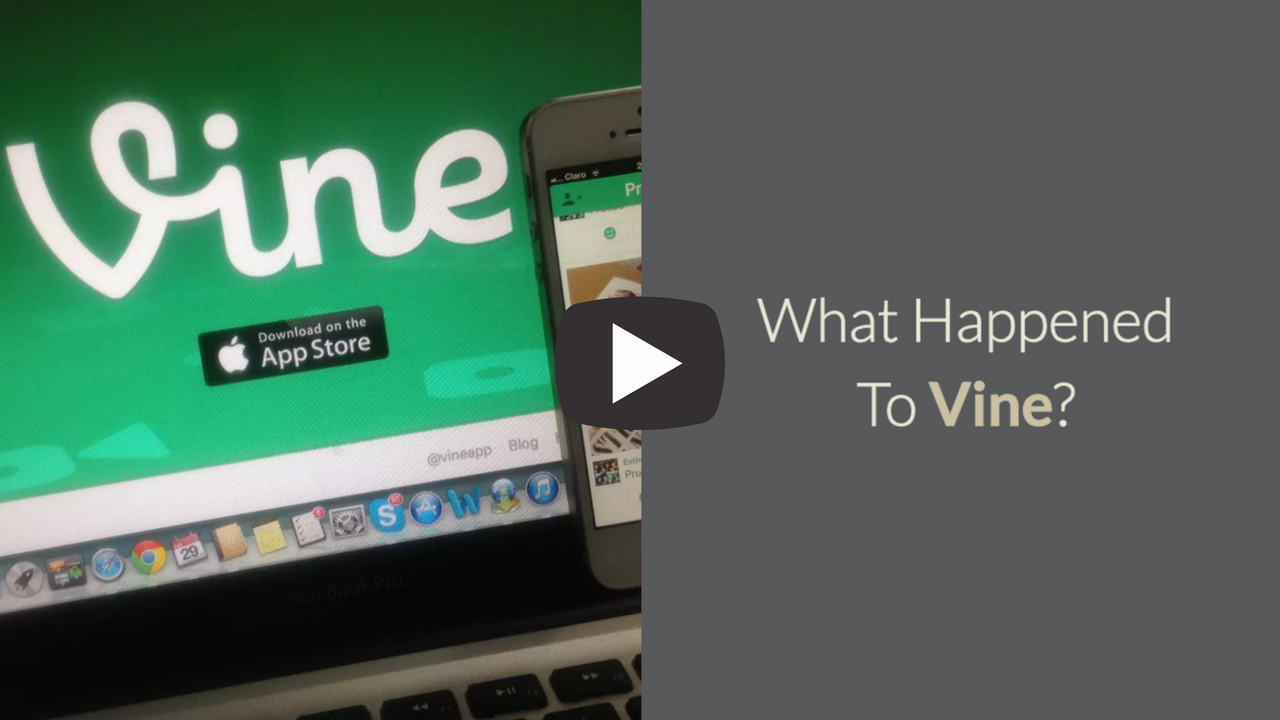 Vine Is Shutting Down

In the announcement, Vine, which is owned by Twitter, specifically said that “in the coming months we’ll be discontinuing the mobile app.” Since the only way you can upload and share a Vine is via the mobile app, that means that users will no longer be able to create new content to share with their audiences.

That means that you, as a Vine user, have time to go to Vine and download your content for archiving or use elsewhere.

Vine’s statement said, “To all the creators out there — thank you for taking a chance on this app back in the day. To the many team members over the years who made this what it was — thank you for your contributions. And of course, thank you to all of those who came to watch and laugh every day.”

But the bottom line is that Vine is shutting down, like Blab and other networks before it this year, and that is potentially devastating to some users.

Continue on to learn why Twitter shut down Vine, and what that means to you.

As we talked about at the outset of 2016, social networks had been growing in number at an alarming rate in the previous period, with many having somewhat duplicated functionality. While Vine’s 6-second videos were unique, the idea of sharing video content with an audience was not. And since the conception of Vine, Instagram (owned by Facebook) added short video capability as well, which proved to be very competitive. (And that may very well have been the nail in the coffin for Vine.)

We do know that Vine’s user base was not growing very fast – certainly not at the rate we’ve seen in the other networks. Launched in January of 2013, there was tremendous interest at first, and usage surged to over 100 million monthly active users within a year. But then it took another 18 months to double that.

More critically, Twitter continues to struggle financially. They purchased Vine in late 2012, before the network had even launched, but failed to capitalize on the growth that followed. In fact, in 2015, Twitter launched a new video-based social network called Periscope that, while slightly different in format (live streaming), has seemed to be both more popular and better integrated into the Twitter platform. Vine did not immediately return a request for comment.

It’s worth noting that in 2012, Twitter made another acquisition, the blogging platform of Posterous and its 4 million users. That service was shut down in 2013.

At the end of the day, it’s clear that Vine has not only turned into a unrecoverable expense for Twitter, but also an asset that cannot be moved. Not even Twitter can find a potential suitor, so clearly no company will be interested in a network as niche as Vine.

What Should Vine Users Do?

First and foremost, if you’ve established a large audience on Vine and have been using that to promote or even monetize your brand, there’s no doubt that this is a huge blow. Every time a network or platform is shut down or decides to change direction, there are countless users who are dramatically impacted, and we feel for you.

How To Save Your Vines

If you have video content that you’ve uploaded to Vine and don’t have it elsewhere, you need to download it to save those vines.

You will then have your vines saved as individual MP4 files (though note that the default file names are simply long strings of numbers, so do rename then appropriately). Depending on the video, you might want to upload them to a YouTube channel or Facebook Page.

Secondly, you need to ‘move’ your Vine audience elsewhere. Ideally, they are or will become email subscribers so that you can continue to communicate to them over time. But moving them to another social platform is another option. Which you choose will depend on your business model and existing profiles.

Either way, you should create a new Vine that tells your audience where they should go to continue to keep up with you and what you’re doing. While you can offer options, such as signing up for your list or liking your Facebook Page, your most successful bet will be to give them just one choice.

Even better, create a page or blog post on your site that is specifically written to your Vine fans and followers! Talk to them about what you’re doing and how they can keep up with you AV (After-Vine). Once they’re on that page, you can embed an email subscription form as well as tell them what other social networks you’re on.

Updates coming up next…

On Dec. 16, Vine made an announcement to try to pacify some of their users. While Vine as a network will still be going away, Vine/Twitter wanted to soften the impact on their millions of users and creators. The following updates will be coming in January:

Team Vine & Twitter signed off by saying, “Thank you for the culture that you have helped shape, and for the content you’ll continue to make everywhere. You make the world a funnier, weirder, richer, more beautiful place.”

Days before the scheduled shutdown of the Vine service, Twitter has enabled any 6.5 second (or less) video uploaded to Twitter, whether directly or via the Vine app, to loop just like Vine videos. According to TechCrunch this changed started rolling out the week of January 10th and has been outlined in Twitter’s FAQ.

It’s interesting to note that the ability to have their short videos auto-loop was one of the fascinating aspects of Vine, and this may be an olive branch to the hardline Vine creators who could continue to find a home on Twitter.

Recently it was revealed that former Vine co-founder Dom Hofmann has begun building a Vine-like service he calls V2. Details are few at this point, but it does appear that V2 will mimic at least some of the core features of Vine. Hofmann has already begun reaching out to former Vine stars as well. Will Vine see a rebirth in this new network? Stay tuned.

Whether you’re using Vine or not, whether this impacts you personally or not, you should take this latest network shuttering to heart. Blab, Meerkat, Ello, Vine… these are just some of the networks that have closed their doors or gone in a new direction this year. The lesson, as always, is not to rely too much on any one platform. Own your own content through your website and blog, and make sure that your social media activity is diverse enough to be able to weather these kinds of events.

Questions? Comments? I’d love to hear from you below.