Twitter and the new Social SEO. Is your business ready?

You are here: Home / Social Media Articles / Twitter and the new Social SEO. Is your business ready?
Reading Time: 2 minutes 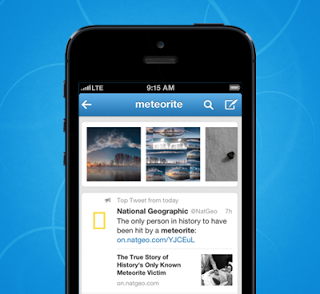 Twitter has announced an update to its mobile app that brings us some very interesting real-time enhancements to Twitter Search, along with several other improvements. This marks the beginning of Twitter’s implementation of weighted Tweets. According to the update:

Additionally, the app now features support for Chinese, and other bug fixes and improvements.

One notable change that is listed at the end of the update is that Twitter will no longer support uploading video from Mobypicture, Vodpod and Posterous.

So what’s so important about this update? Top Tweets.

Twitter and Twitter observers have been talking for a few weeks now about the weights that are going to be assigned to individual Tweets. Twitter is now analyzing every Tweet and those that are more authoritative (my word, not theirs), are going to be weighted more.

In other words, Twitter is going to be looking at everything that you say and if you seem to be providing value, your tweets will be shown more, and appear higher in searches.

Google and search engines have been doing this for years, but social networks have recently started to catch on to the idea that not everything that everybody says is important. Facebook instituted EdgeRank last year to filter your news feed, and now Twitter is doing the same.

This is a critical truth about social networking that businesses need to understand. Your posts and activity must provide value and you must engage your followers or risk being essentially muted by the social network. Improving the quality of your posts and working to ensure that your business and activity achieve maximum exposure within a network is referred to now as Social SEO.

Much of the impact of this development remains to be seen. We do not yet know the relationship between your popular Tweets and your unpopular Tweets. Do tweets that are uninteresting and receive no engagement from followers affect your other Tweets? Or is each Tweet measured on its own? These are important considerations, and ones we will be watching closely. Subscribe to our newsletter if you’d like to continue to stay informed on these developments.