The Ultimate Guide to Micro-Influencers

While Micro-Influencers have fewer followers, they tend to be more engaged and less expensive, making them an attractive alternative for businesses looking to advance their marketing. Find out how! 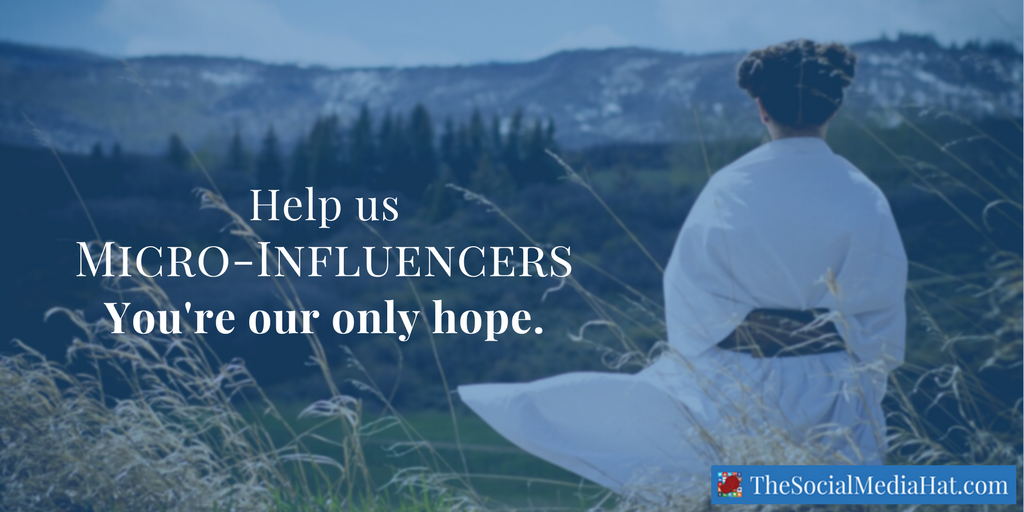 Social media marketers are gradually shifting their attention from big influencers to micro influencers, who have much less followers. The basic idea behind this trend is to make use of the qualitative aspect of influencer marketing. Consumers are more likely to believe the reviews of an expert than a big shot who has a large number of followers.

RELATED: Why Followers, Not Follower Counts, Matter Most

A study has shown that the likes and comments on a post tend to fall as the number of followers rise. Therefore a post by a micro influencer has a much higher chance of being noticed. One of the main reasons behind it is that not everyone following a big or celebrity influencer is real. There are a number of fake profiles and or bot accounts among their followers.

On the other hand, since the micro influencers have a much less number of followers they know a lot of them personally. This increases their chances as more authentic reviewers. Moreover, the micro influencers are also less likely to promote a product just because they have been paid for it.

People following a micro influencer are those who are already interested in their niche. Therefore, working with micro influencers gives businesses the opportunity to reach out to a highly relevant audience and even convert them into paying customers without much persuasion.

#6. They Are Less Competitive

Ever since influencer marketing came into focus, macro influencers got very busy. They not only have a large number of followers but also a long queue behind of big and small companies striving for an opportunity to work with them. Therefore, there is a stiff competition between these influencers. It is difficult to tell who has more influence on their followers.

It is much more sorted when it comes to micro influencers. They have a smaller following and greater engagement and they all operate in specific niches. So, there is no overlapping of interests. Micro influencers may not give you access to a huge audience, but you can be sure that you are getting to connect with an audience who will be more receptive towards your company.

#7. They Are More Cost Effective

The rates charged by macro influencers are most of the times too high for smaller companies. But, in order to stay ahead in the race they must employ strategies that yield the best results in online marketing. Hiring a micro influencer is the most cost effective alternative for the smaller brands since their rates per post are much lower compared to the top-tier influencers. With the growing popularity of the micro influencers, even bigger companies are now lining up to work with them.

Brands must, however, realize that in order to work with micro influencers they have to build a relationship with them. They should be happy to work with you and promote your brand and this connection can be built by showing them appreciation for their work and recognizing their efforts from time to time. To learn more about micro influencers, have a look at the following infographic.