The new MySpace. Will it be good for business?

You are here: Home / Social Media Articles / The new MySpace. Will it be good for business?
Reading Time: 2 minutes 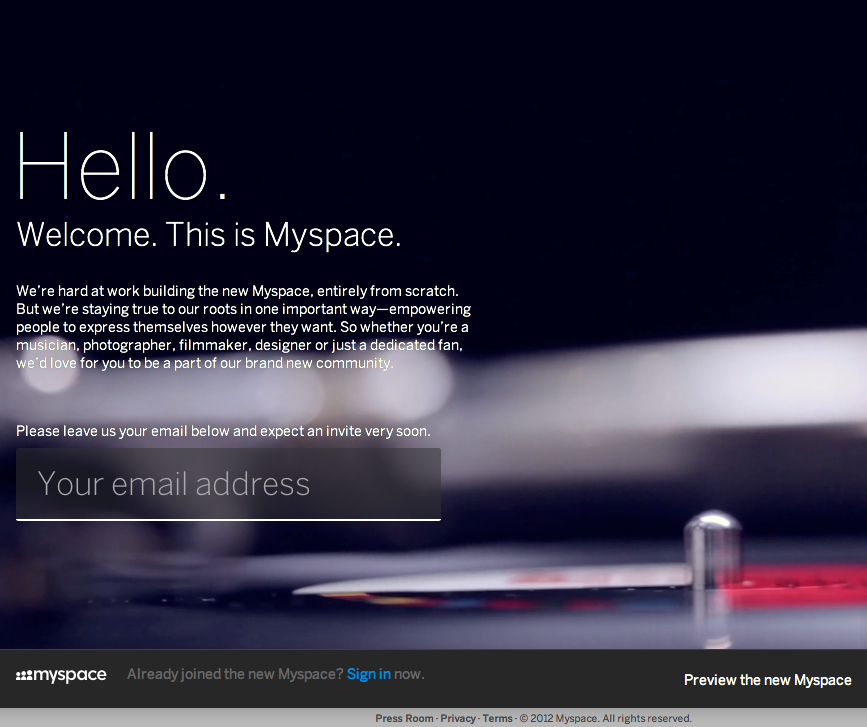 MySpace was founded in 2003 and purchased in 2005 by News Corporation for $580 million. Between 2005 and 2008, MySpace was the most visited social networking site in the world, and even surpassed Google at one point as the most visited website in the United States. The site generated $800 million in revenue in 2008, yet was passed by Facebook and has been declining every year since. Now, however, thanks a purchase in 2011 by Specific Media Group and Justin Timberlake, the former giant seems poised to once again rock the online world.

The new MySpace is not a revamp, according to Timberlake, but a reimagining. While the rhetoric is coming fast and furious, there’s no doubt that the new MySpace is bringing a greater focus in music and sharing of music.

MySpace currently boasts 25 million unique visits a month, 53 million songs, and 14.2 million artists. The new platform is designed to make it easy for users to share content, create mixes, and connect with artists, and the large content and user base suggests that if the platform is as great as Timberlake suggests, it has tremendous potential.

So, it seems obvious that the new MySpace will be fantastic for the music industry, artists, and music aficionados, but what about other businesses?

While specific benefits to businesses remain to be seen, such as business profile pages and advertising opportunities, MySpace users should be able to continue to build profiles, add links to their website(s), and post status updates. If the new platform turns the fortunes of MySpace and it returns to being a top-ranked website, it will be a good content sharing platform for all, making it an integral part of your content marketing strategy.

For those of you who, like me, have had a MySpace account for years and have already been regularly sharing content in the form of status update links, it also remains to be seen if all of our account information and history will be migrated, but it is assumed that it will.

Currently, the new MySpace is still available by invitation only. There has been no public timetable for the site’s full launch, but it would seem reasonable to expect it very soon before all the excitement and anticipation wears off. If you visit https://new.myspace.com you can request an invitation.

Check out this video from Justin Timberlake:

Do you have a MySpace account already? How long have you had it? Are you interested in checking out the new MySpace?

Data from Wikipedia and MySpace.