Taking Out the Twitter Trash: The How and Why of Unfollowing

You are here: Home / Social Media Articles / Taking Out the Twitter Trash: The How and Why of Unfollowing
Reading Time: 5 minutes 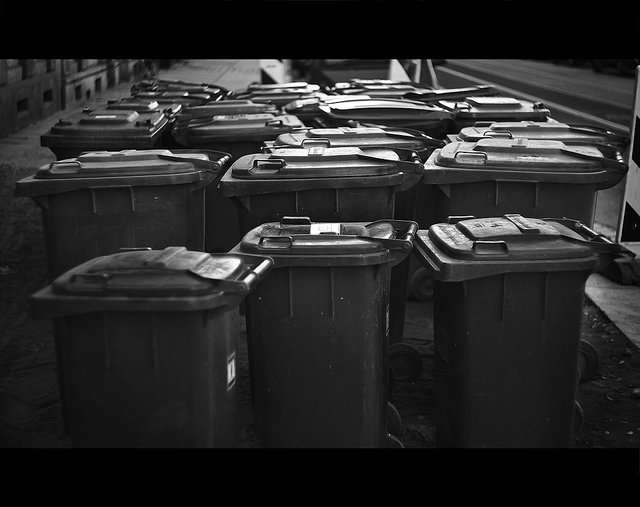 How many people are you following on Twitter? If it’s more than a hundred, I bet your Home stream is crazy like mine. I don’t even look at my Home stream anymore. I have no choice but to use Lists to segregate the people I’m interested in listening to and tweeting with, and if you’re not in one of my Lists, I will likely never see your tweets.

It’s not your fault, it’s mine. When I first started using Twitter, I did all the wrong things to grow my following. Instead of simply being active and sharing great tweets, I used the Follow First method blindly, as well as several websites where you follow people on Twitter to earn credits which are then spent on other people following you.

Follow First as a method for creating connections on Twitter isn’t a bad idea, in and of itself. If you carefully select people to follow who may be influencers in your field or potential clients, or just really interesting people, that’s great. It’s when you blindly follow everyone Twitter suggests, or a bunch of people that are following someone else you follow – all you’re doing is racking up your following count. Few, if any, of these people are going to follow you back, and even if they do, are you interested in what they have to say?

And the online services that facilitate gaining followers by earning credits are a giant waste of time. Again, you will not be following anyone that you have an interest in personally, so all you get is a bloated following count. And the churn rate is appalling. Most of the people who follow you to earn credits for themselves will unfollow you shortly after. As a result, your own follower count fluctuates but never truly goes up, while you are stuck following a bunch of people you don’t know.

Fortunately, if you instead focus your efforts on providing value and interesting information, and are a good social citizen, your followers will increase organically. But if, like me, you’ve tried all these different approaches to see what works, you will still end up with a lot of people you’re following for no good reason.

Not surprisingly, there are quite a few tools and programs available to help people manage their Twitter accounts and get rid of some of the accumulated trash.

The first app that I used was a mobile app for iPhone called simply “follow tool” (iTunes link). I happened to be out of the office for several days in row and started to play with this idea of cleaning up my Twitter account. At the time, I was following about 8,400 people and was being followed by 8,800. Before you get too impressed, understand that I have been using Twitter for years and have sent over 16,000 tweets, with an average of about 20 a day, so it took time and effort to gain this many followers, and obviously there are many, many other people who can boast far more. What’s important is that I was following 8,400 other people myself. According to follow tool, nearly half of those Twitter users were not following me back, and there were several hundred who were “inactive” – they hadn’t sent a tweet in months. Unfollowing those inactive users was an easy decision, though it did take several minutes as each account presented by the app needed to be unfollowed one at a time. Trimming down the people who weren’t following me took a bit more thought. I follow a lot of news sources, influencers and celebrities that aren’t going to follow me back, but that doesn’t mean I don’t want to continue to follow them. Everyone should follow William Shatner!

So, I started going through that segment. I did not go through the entire 4000+ users, but over the course of a few minutes spent here and there over a weekend, I managed to weed out over 1000 Twitter users whom I didn’t know and wasn’t interested in their activity.

follow tool was convenient since it was mobile, but it was a bit sluggish and crashed several times after getting deep into the lists of accounts.

The first web based app that I tested was iUnfollow (http://iunfollow.com/). Connecting my Twitter account was easy enough, although I didn’t appreciate the default status of following them on Twitter and tweeting their status. Once I got into the Unfollow section though, I was really disappointed. I was able to view by segment again, for instance inly seeing those users that weren’t following me, but instead of displayed each user’s full information, all that I saw was their Twitter handle. That just wasn’t good enough, so I moved on.

The next tool I tried was JustUnfollow (http://www.justunfollow.com/). After connecting my Twitter account I was prompted to provide an email address and follow them, and was also prompted to automatically tweet daily updates on my follower activity, which I declined.

The problem with JustUnfollow is that severe limits are placed on users. You can only unfollow a handful of users per day. Higher quotas and other features are unlocked by advertising for JustUnfollow by tweeting about them. I prefer to tweet about services that work, so I moved on.

The first mobile app that I’d actually looked at from my iPhone was called ManageFlitter (http://manageflitter.com/), but had difficulty with the mobile interface and didn’t get very far. In my web based Google search however, it came up on the first page so I gave it a second look.

I remember enjoying the cute little messages it popped up while scanning my account, like, “What if there were no more hypothetical questions?”

Right away I was impressed by the fact that I could select multiple accounts and perform actions, like unfollow, on all of them at once. ManageFlitter also offered an option to display all Twitter accounts as small thumbnails so that you could quickly select them all – useful for quickly dropping accounts that are inactive.

When I selected a group of 88 accounts to unfollow, ManageFlitter unfollowed them but did so over the course of a few seconds to space them out somewhat. Apparently Twitter doesn’t like it when you perform mass actions.

Available segments include Not Following Back, No Profile Image, Fake Following, Non-English, High Ratio, Inactive, Talkative and Quiet. At any time you can place specific accounts on a Whitelist so that you can never accidentally unfollow them.

Note that if you’re using Lists, Twitter accounts will remain in those lists whether you’re following them or not.

Using ManageFlitter, I was able to unfollow nearly 600 users within a matter of minutes, having found that I followed 375 users who tweet in non-English, and follow over 800 users who are inactive.

Now, as a bit of a disclaimer, I am not implying that everyone on Twitter is worthless trash. Far from it. My point is that if I am not interested in the things that you’re saying on Twitter, and you’re not interested in me, than there’s no point us following each other and cluttering up our respective Home feeds.

Of all the options I reviewed, ManageFlitter’s web based interface was the fastest and easiest to use, though their mobile experience was severely lacking. If you’re on your iPhone, i would recommend sticking with the follow tool. I know though that there are many, many other tools and services. Which ones would you recommend?