Should You Plus Your Own Plus Posts?

Reading Time: 5 minutes Are people who +1 their own posts on Google+ just being narcissistic? Or is this a brilliant marketing technique that you’re going to want to learn more about? (hint, hint)

You are here: Home / Social Media Articles / Should You Plus Your Own Plus Posts?
Reading Time: 5 minutes 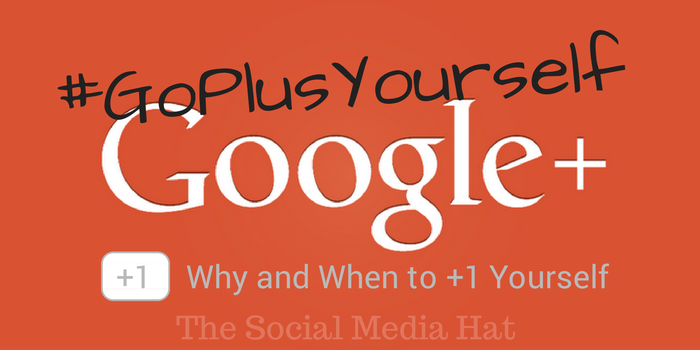 On Google+, just like every other major social platform, users can share status updates and then, strangely, have the option to Like, Favorite or +1 their own post. Now, the reality is that most people wouldn’t notice such activity, much less care. Most people aren’t paying any attention to how many people liked or +1’d our content, let alone who did the plussing.

But in the marketing world and a few outliers, there are some who frown on such activity. They consider it bad form, and some would even suggest that such activity is vain and unattractive. 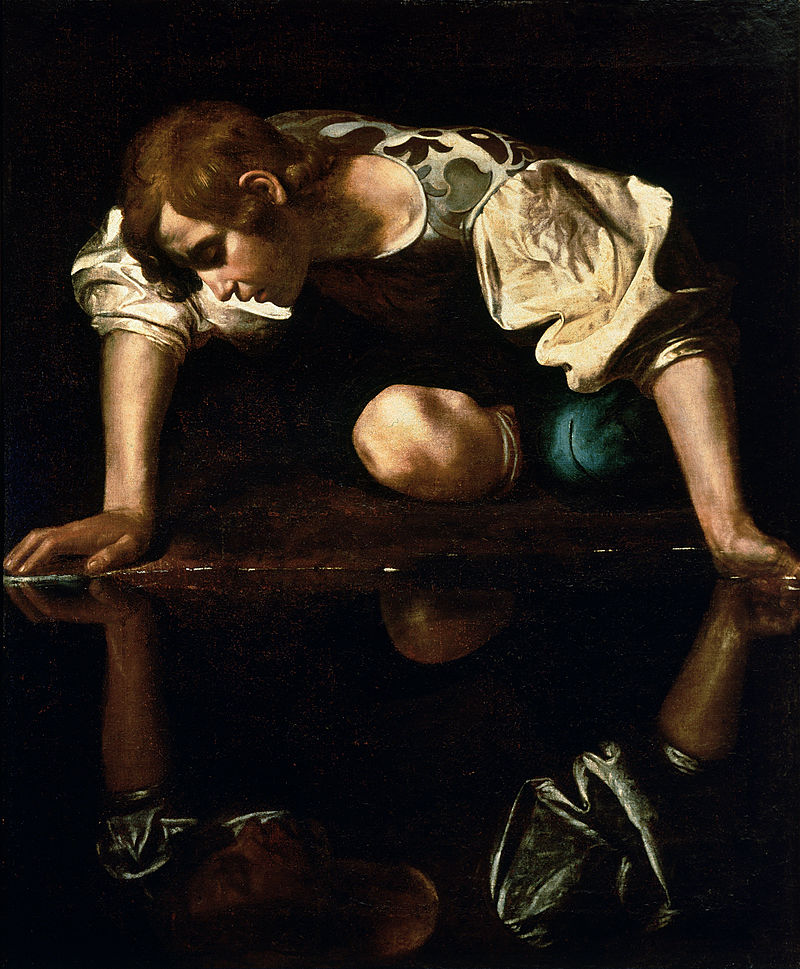 I’m reminded of the story of Narcissus. Narcissus was a hunter in ancient Greece who was renowned for his beauty. One day, while walking through the woods, he attracted the attention of a mountain nymph named Echo. She fell in love, but was too shy at first to approach Narcissus, and simply followed him. As he walked, he heard movement behind him and called out, “Who’s there?” To which Echo simply responded, “Who’s there?” Eventually, she worked up the courage to approach him, but Narcissus felt her beauty paled next to his, and was not interested. She was so heartbroken, she spent the rest of her life wandering through empty glens, and soon nothing was left of her but an echo. Nemesis, the goddess of revenge, noticed and determined to punish Narcissus. She lured him to a pool where, when he gazed down, he saw nothing but his own, beautiful reflection, and was immediately transfixed. He fell in love with his own image, yet eventually realized that his love could never be addressed and committed suicide.

Obviously that is where we get our word narcissism (along with a great Star Trek film), but is that really what’s going on here? Are people who +1 their own posts simply full of themselves? Are they gazing, transfixed, at their own reflections?

Today, I’m here to push back on that perspective.

It’s a question that I’m asked regularly, and in fact, it came up again recently in the Plus Your Business! Community on Google+. During the course of the discussion, my response became lengthy enough that turning it into a blog post and sharing it with my readers became a given, not just a possibility.

Now, as to why it’s an option at all, it’s likely due to the fact that all social networks feel it’s not worth the effort to prevent it. Facebook, Twitter, YouTube, Pinterest, LinkedIn, Instagram… it works everywhere. Share a status update, and if you really want to, you can Like/Favorite/+1 it. It’s also possible that it was initially allowed and intended as a way for some users to bookmark posts of interest, even their own. On Google+, for instance, you have a tab for +1’s that was designed to make it easy to see all the posts you’ve +1’d, but of course most of us +1 dozens and dozens of posts a day, so that’s certainly not an effective means of bookmarking (incidentally, if you are looking for a way to save Google+ posts for later, here are several techniques you can choose from).

Now, as to the why of motive, that’s a different story.

Many may simply +1 their own posts for fun or out of boredom. Some may do so under the misperception that there is some SEO value there. But if you want to know why marketers like myself deliberately and actively +1 key posts, read on.

First, within Google+, you’ll need to understand that there are three possible “Social Signals” on every post: a +1, a Comment and a Share. Every Google+ user can take any of those actions on a single post, including the original post owner. Creating the post itself does not count. But as each social signal is effected, the +1 count on any one single link included in the post goes up. To a maximum of 3 +1’s from any one unique user.

Therefore, if you +1, Comment on and Reshare your own post, you drive up the +1 count on a linked article by 3.

Second — and this is a more subtle psychology of social interaction, yet the most important point — people tend to perform actions that they see other people doing. If a post is receiving significant social activity, people who see the post will feel compelled to participate. Your +1 and your responses to comments left on your post can help signal to others that it’s not only OK but encouraged to jump in and participate.

So, this is an easy step that I take on any post that is important to me — typically my latest blog post share. Fortunately, some people have placed me in notification circles, and I employ a Blog Notification circle when sharing new articles, so that hundreds of people are notified as soon as I share one of these important posts. The result is that within moments, the post already has a number of +1’s so that, while I don’t have to +1 it myself, if I do, I’m not the first and only one.

I think that a technique like this, that has zero impact on other users, yet can have a positive impact on me and my post, is brilliant. The people who do nothing but talk about themselves in their posts, that’s where there’s too much vanity.

And frankly, if I don’t think enough of my own post to +1 it, what does that say about my work? People should give themselves a pat on the back, as it were, once in a while. I don’t think there’s anything wrong with being proud or happy with something you’ve done, and can consider a +1 like a little reward for a job well done. Like treating yourself to an ice cold draft cider after a long day of work.

But what about shares of my post, you ask? And thanks, I was hoping you would bring that up.

When someone shares one of your posts, should you +1 it? Well, I do, and here’s why:

Additionally, I will often add my own “Thank You” as a comment, which further reinforces my appreciation of the share, and also subscribes me to the comment feed for that share, ensuring that I will see any additional comments left by other readers. Since it’s not your post, but a share of your post, you won’t see additional comments any other way (unless someone actually mentions you).

And I think it’s a really nice habit to get into. I always pay attention to people who are mentioning me in their shares and +1 and thank them for it. I don’t think it’s vane at all, rather, it’s a nice gesture of appreciation and respect for that person.

But when it comes to my own posts, as I mentioned, I +1 the ones that are important to me, as a means of marketing those posts and, by extension, my content. I don’t +1 all of my posts or even most of my posts, as I will share 4 – 6 posts a day, and only 3 – 5 new blog articles a week. If you’re serious about your blogging and content marketing, I think it’s not only OK, but a brilliant idea, to understand the benefits of the +1 and to use it when appropriate.

So #GoPlusYourself and enjoy a frosty beverage.