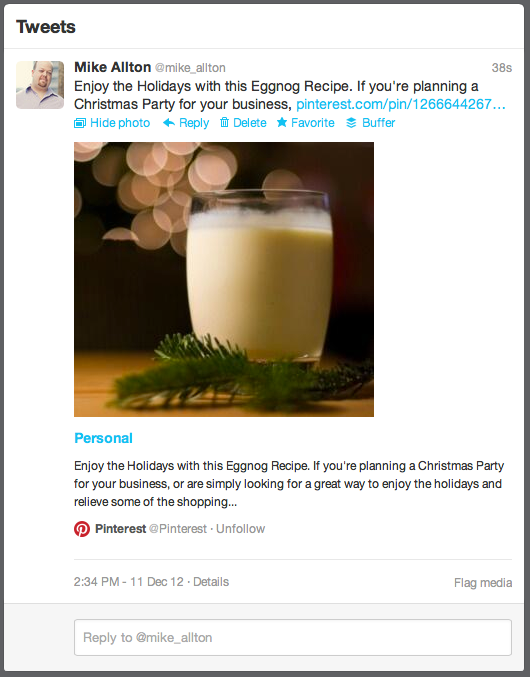 As the Internet becomes more and more visual, this is the kind of feature and integration that social network users are looking for. While we can understand the business motives behind restricting what content is viewed on other competing networks, from a user persective, the changes being forced by Instagram and Twitter are restrictive and frustrating.

One catch with this Pinterest development is that the images posted do not appear in the user’s photo timeline, like images uploaded directly do, or how images from Instagram once did.

Check out the new feature from Pinterest. You don’t have to update your app or anything – just go to Pinterest from your app or web browser, repin something, and choose to share it to Twitter. What do you think?