You are here: Home / Social Media Articles / How to Use Hashtags on Facebook
Reading Time: 3 minutes 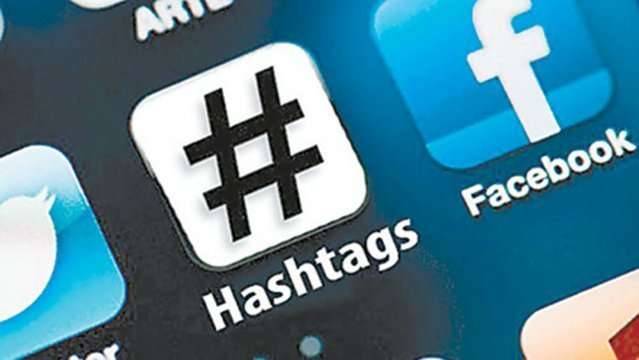 Now that Facebook has hopped aboard the hashtag train, there’s an entirely new branch of social media marketing that you need to pay attention to. Some of you are familiar with hashtags via a site like Twitter, so you already know the gist of the tags and how to effectively use them. Others, however, are relatively new to hashtags, and thus need a few tips. And, as social media sites go, Facebook is the king, so picking up a few Facebook-specific tips is a good thing, even if you’re a hashtag whiz with tweets.

Listed below are seven quick, effective tips to help you use, manage and monitor your hashtags on Facebook. So, on the count of three, let’s hear it: Hashtag Facebook! Well, sorry: #Facebook. Either way, this is pretty exciting for Facebook users, as it gives you a whole new dimension to explore in terms of your branding.

7 Quick Tips to Help You Effectively Use Facebook Hashtags

There are two important aspects to focus on with hashtags. Well, many more, to be sure, but two to cover in this tip. They are: 1) The hashtag needs to be engaging and popular (if you’re using an existing tag), but not so widely used that you just blend in and become part of the crowd when you use it. 2) you need to use relevant hashtags that are specific to what you’re talking about. You shouldn’t use just any hashtag that might help you gain some traction. That’s defeating the true purpose of the hashtag.

2: Always Check Out Your Tags

As mentioned briefly above, you want to make sure that your hashtag isn’t widely used. You also want to make sure that you’re not using a tag directly used by your competition. You don’t want to become that “other guy.” Hashtags can make you a trendsetter, or at least an important part of that current trend. The last thing you want to become is a basic trend follower. Why would anyone pay attention to your content with hashtag X if they can find the originator and the more popular users?

Facebook allows you to use privacy settings with hashtags, which might really come in handy. For instance, you can change your settings so that only your friends/followers are allowed to view your content. When someone clicks on the hashtag, they will be able to see that you have used it. But they won’t be able to view the entirety of that content. Maybe this will come in handy, maybe it won’t. But there are privacy settings that may very well help you cater to your audience directly and show some consistency in your branding.

4: Be a Creator and a Follower

Not only should you get out there and claim tags that are relevant and in limited use, but you should also create new tags that are specific to your brand and that you use consistently throughout your posts, status updates, and even your ads and promotions. Following along with something can pay off, but being a creator, a true original, will help you much more in the grand scheme of things.

You should never try to use a very long hashtag. Hashtags should be short and to the point. You don’t need to explain anything with a hashtag. #ClickHereToFindOutEverything, or something equivalent to that, is just a wasted effort. Instead, most hashtags are comprised of brand names, succinct sayings, titles, etc. In other words, the best hashtags are short hashtags. Don’t get carried away when you’re creating a tag.

Facebook, like Twitter, allows you to monitor how your hashtags are being used and by whom. This is definitely a good thing when you want to follow the conversation and see what type of buzz you’re creating. Though it’s also good to ensure that your hashtag stays clean and to its intended purpose. If people start using it to the point that the meaning of the hashtag changes, then you know to get a new one.

7: Don’t Get Carried Away

You should never find that you need more than one hashtag per post. You’re not Kobe Bryant. Not everything you say in a post or status update needs to be preceded by the pound sign. If you’re using relevant hashtags on a consistent basis, ending a post with a single hashtag is more than enough.

Hashtags are very easy to use and can really help you to boost your brand in numerous ways. Don’t simply throw out some tags, though. Use the information from the above article to correctly use hashtags to your benefit while advertising with Facebook.

Previous Post: « When You Should (And Shouldn’t) Use a WordPress Plugin
Next Post: Google+ Must Be A Ghost Town »