How To Find Influential People Who May Be Tweeting Your Content

Most people who tweet links don’t bother to mention the author, so it’s hard to know when someone important does that for you. Unless you have this tool.

You are here: Home / Social Media Articles / How To Find Influential People Who May Be Tweeting Your Content
Reading Time: 4 minutes 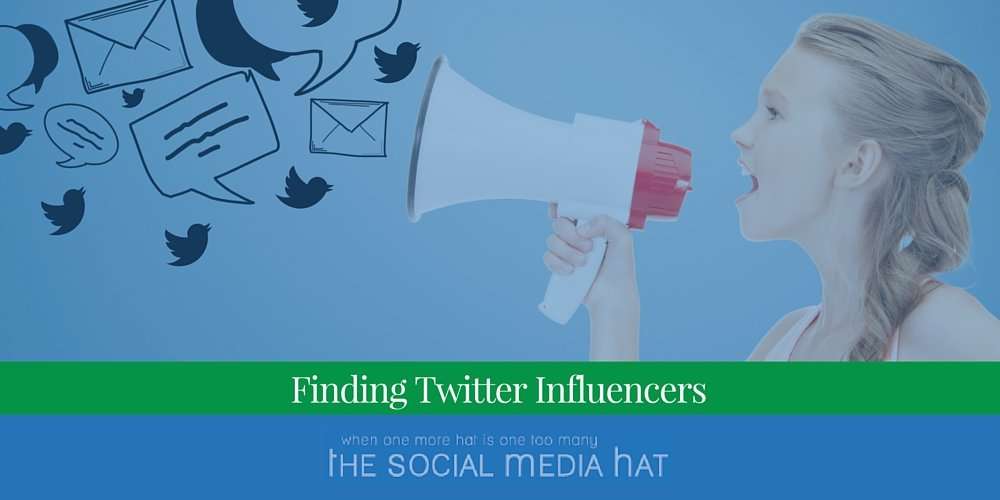 A Story Of How I Found An Influencer Who Tweeted My Article To 276,000 Readers

Thursday afternoon I was going about my business as usual, and happened to open my Google Analytics app to see how traffic was doing. It’s something I do two or three times a day, and you’ll soon see why.

Up until a few moments before, traffic for the day was fairly steady and predictable. But then there was a spike. Right around two o’clock, quite a few more visitors started coming in… about twice as many as the previous hour, in fact.

You can see the impressive increase here:

And this is exactly the kind of thing I’m looking for when I glance at my analytics. I’m looking to see if, during the day, anything had happened that was of interest. And a sudden spike in traffic is definitely of interest.

I hadn’t published anything new, of course, which certainly would have explained a spike. No, rather, this was to an existing piece of content. So I scrolled down the app to an area that shows me which pages of the site are performing best right now, and there at the top was an article published last weekend.

This was a high-performing piece on the state of Blab, the live streaming video network, and it was a newsjacking article. Normally, those posts peak within the first 24 – 48 hours and then die off as interest in the news wains. So you can imagine my surprise to see it suddenly trending again, days later.

In my experience, that’s almost always due to a single person sharing that article, or at least sparking a new round of social interest. The kind of person we refer to as an “influencer” because when they say or share something, they have a significantly large and engaged audience who is paying attention and responds.

It’s a wonderful thing, for a blogger. The traffic is nice, of course, but what’s best is the feeling you get when you know that someone important thought enough of your work to share it.

When Mari Smith is kind enough to share one of my articles on Facebook with my audience, I can tell right away, and it’s awesome. It’s extremely gratifying to know that Mari is willing to share my writing with her audience, essentially putting her name behind it, and recommending that they read it.

But what happens when you don’t know who shared the article? Since I’m following Mari anyways, I always know when she shares something. But other times, I have no idea. Google Analytics does not report specific social network post URLs, just the network.

This time, the traffic was coming predominantly from Twitter, so I thought I’d check to see if I was mentioned in a share. Alas, that was not the case. Some nice folks had shared many of my recent articles and mentioned me, but mostly other content, and none had the kind of following you’d need to drive so much traffic.

But then I found it. I found the tweet that started it all, and I am going to share with you how that happened and the tool that made it possible.

First, here’s the tweet. It’s from the amazing Michael Hyatt, whom I’ve been a fan of for years, and had the pleasure of hearing speak at Social Media Marketing World.

Michael has over a quarter million followers and is an extremely influential person in my industry, so as soon as I saw the tweet I knew that was where all the interest had come from.

But, if you look closely at the tweet, you’ll see that it doesn’t contain my handle or any other identifying hashtags. Without a mention or a retweet, how did I see it at all?

That’s where AgoraPulse came in.

AgoraPulse is the tool that I’m using to manage and monitor my most important social media accounts; Facebook, Instagram and Twitter, in particular. With the mobile app, I’m able to easily review and respond to all of the incoming mentions and messages that I get on those channels, and in fact, that’s the topic of a more in depth article that I will be publishing soon.

But what’s amazing about AgoraPulse is that, within the monitoring tab for my Twitter profiles, the app automatically watches for any tweet that contains a link to my domain, but no handle, even if the link is shortened. It smartly understands that people often share links to articles without mentioning the author or blog, and wants to make sure I see them.

You can try it yourself. Just go to Twitter search at https://twitter.com/search-home and put in your domain name. You’ll see every tweet containing a link to any page of your site.

The problem with a normal search like that is twofold. First, who thinks to perform that search each day? And second, if you’re receiving a high number of mentions or retweets, those are all included in the mix. You’re just as likely to miss those straight shares, and certainly an influencer’s share.

With AgoraPulse, the search is automatically part of monitoring when you create your account, and tweets like mentions and retweets are handled separately, so these tweets with just a link stand out. Furthermore, as you review the tweets within the app, you mark them as ‘reviewed’ once your’e done with each and keep yourself focused on only the new tweets.

So huge props to AgoraPulse for bringing that key tweet to my attention. I was able to quickly like and respond to Michael, thanking him for sharing the article, as well as see some of the other folks that had replied to him.

If you’ve never tried AgoraPulse, I highly recommend it. As I mentioned, I will be sharing a deep dive into some of the key features and benefits soon, but if you want to get a head start, sign up for a free trial here. It’s one of the top-rated social media management tools available, and as I’ve stepped up my social media activity, AgoraPulse has helped me scale.

And if you aren’t already, definitely follow Michael Hyatt! His book and course “Platform” is amazing.

Previous Post: « What Is Happening With Blab?
Next Post: Give Your Social Networks The Spring Cleaning They So Desperately Need »