Reading Time: 7 minutes Hootsuite recently removed Twitter Direct Messages from all streams. How can Hootsuite users monitor DMs, and how much is it going to cost? Is there an alternative? 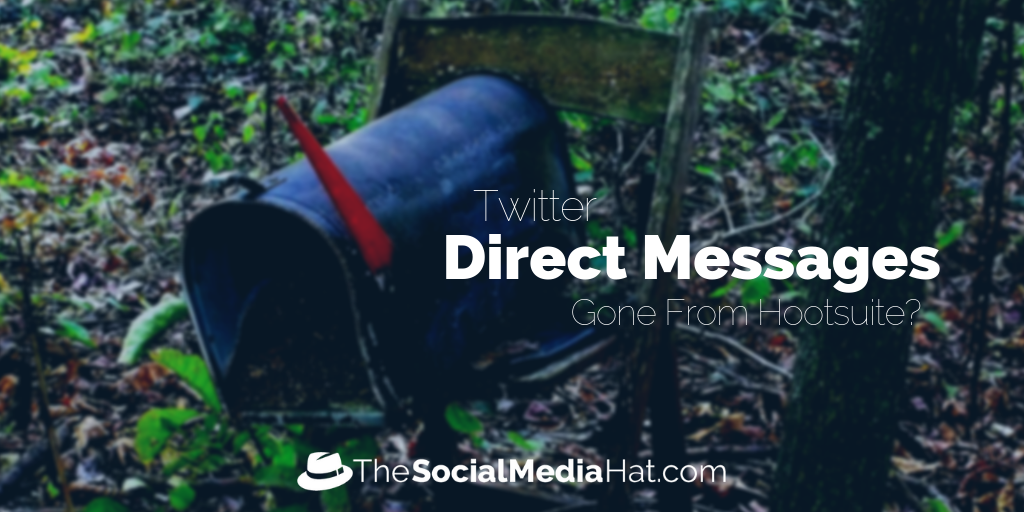 When I was growing up, the cross street at the end of my block was Jefferson Street, and just a couple of blocks down Jefferson there was a manufacturing plant – a very interesting plant. Not because of what they manufactured, but because over the years they had built up facilities on both sides of Jefferson Street, and this kind of ugly, enclosed corridor that stretched across and above the street.

It was like that for years and years until, finally, some savvy executive at the plant negotiated a sweetheart deal with the mayor. In exchange for keeping their business in town, the plant was given additional tax considerations, and the road was completely re-done to be routed around the entire plant.

The plant was able to expand and renovate, get rid of an annoying architectural dilemma, and even save some money, while the city retained a certain number of jobs and long-term revenue. A Win-Win, right?

Only if you disregard the impact that the construction and road change had on local residents.

It seems as though business decisions like this always seem great, except for a particular subset of users.

Hootsuite’s recent changes may be more of the same. Let’s walk through what’s changing with the social media management tool, and you can judge the potential motivation and ramifications for yourself.

Hootsuite’s approach to social media management as a dashboard is to organize the information you want to receive into tabs and streams. You may create and label tabs however you wish, and include within a tab up to 10 streams. Each stream is set to display a particular kind of alert or piece of information.

Which meant that you could set up a tab for a Twitter profile that included side-by-side-by-side streams of your profile’s mentions, retweets and direct messages, allowing you to see most of your Twitter engagement.

These options were the same for all plans, all Hootsuite users, whether they were Enterprise or on the free plan, or anywhere in between.

As of August 16, 2018, Direct Message streams have been completely removed from the tool for all users. It’s no longer possible to create a stream for either Inbound or Outbound Twitter DMs. (Is this news to you? Check your Hootsuite Dashboard and see for yourself, and let me know in the comments whether you were aware of this change.)

While the in-app announcement from Hootsuite states that, as a result of Twitter API changes, the Direct Message Streams are no longer available, they do offer a new Inbox feature that includes that data. 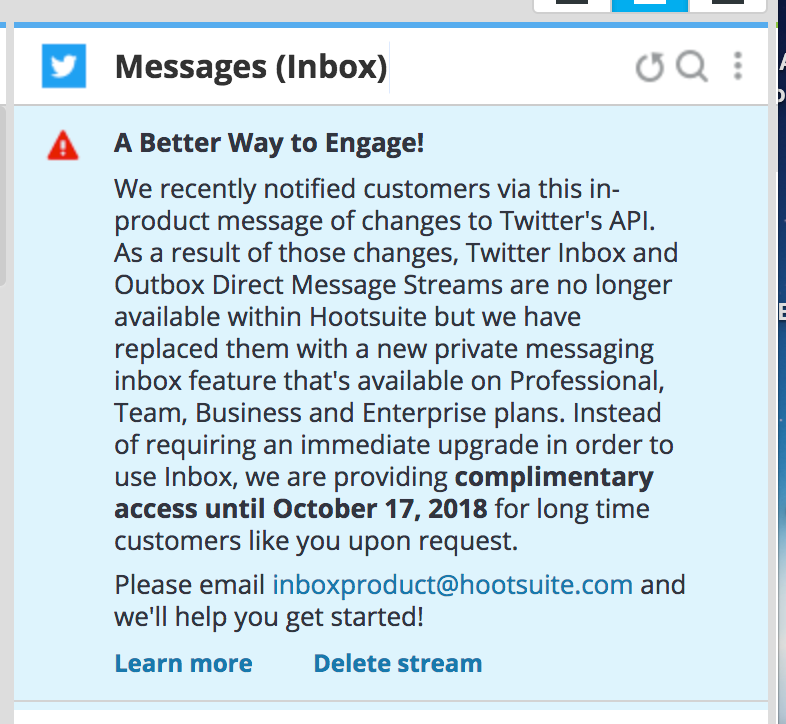 While it seems strange to blame the API for this change when the data is clearly available, Hootsuite is certainly free to change their product however they see fit. What’s notable here though is that the new Inbox feature is not available to Free or legacy paid plan holders. 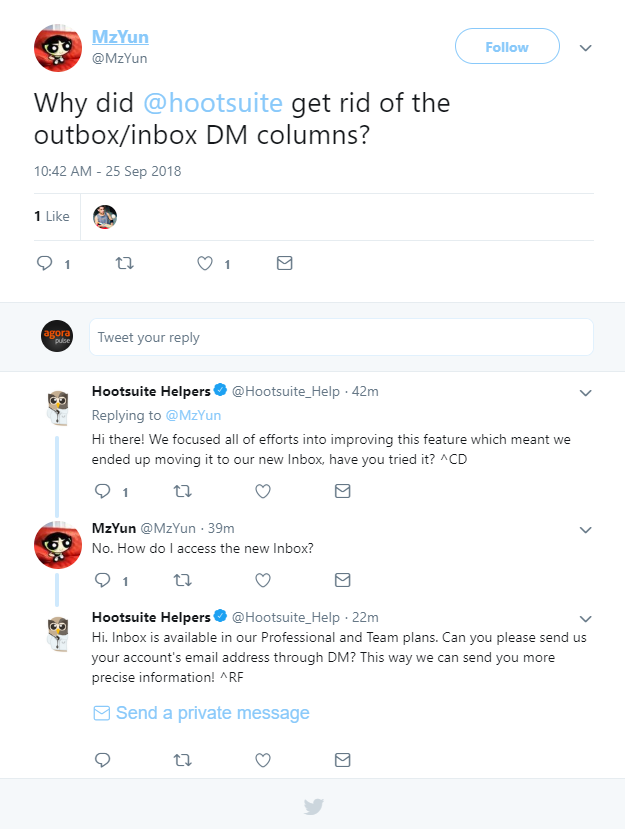 That means if you’re on a free Hootsuite account, or if you’re on an old, grandfathered plan where you’re paying less than $29/month, you’re going to have to upgrade to one of the current plans in order to get the Inbox and continue monitoring Twitter direct messages.

Like many SaaS companies that have been around awhile, Hootsuite’s plans and pricing and features have evolved and changed over time.

For instance, the number of social profiles that a free user can connect has been reduced from 5 to 3, and the old “Pro” plan used to offer up to 50 social profiles. That legacy Pro plan also used to cost less than $10 a month!

Pro plan users who had connected more than 10 social profiles will need to upgrade to the Team Plan at $129/mo for 20 profiles, or the Business Plan at $599/mo for up to 35 profiles. (All prices are based on the more cost-effective annual billing, according to Hootsuite.)

If you don’t upgrade, you will not be able to monitor incoming direct messages and, for brands, that could potentially be quite costly. With customers becoming increasingly comfortable using Twitter to communicate questions and issues, brands simply can’t afford to ignore a potential communication channel.

And if you do upgrade, you still won’t restore your DM streams, but rather have a separate place that you need to go to within the app to see those messages, threaded among messages to other connected profiles. For most businesses, that’s not an ideal solution.

Is There An Alternative To Hootsuite?

At this point, dear reader, you likely fall into one of the following camps:

If you’re on a free plan, unfortunately, there aren’t going to be a lot of alternatives which will keep you in that payment-less bracket. You’re best bet is likely to use the native Twitter app and turn on notifications for direct messages.

If, however, you’re on a legacy Hootsuite plan where maybe you were paying $8.99 or even less per month, and you can’t afford to miss potentially important direct messages, you have a great alternative.

But first, a disclaimer.

For years I was a devout Hootsuite user and proponent. I wrote countless blog posts about Hootsuite’s platform and features, and even authored The Unofficial Book on Hootsuite. But in 2016 I discovered a better tool and began using that instead. It offered a streamlined interface and superior features, and was competitively priced. I began writing about that tool instead of Hootsuite and eventually became an ambassador for Agorapulse. In 2018, I became Agorapulse’s Brand Evangelist. I switched to, wrote about, and eventually came to work for Agorapulse because there’s no other tool I would recommend. And I’m not the only social media marketing influencer to think so.

So yes, I work for and recommend Agorapulse over Hootsuite.

The Agorapulse Inbox As An Alternative

Agorapulse is a social media management tool which I think makes for a great alternative to Hootsuite. Unlike Hootsuite’s streams and tabs approach to a dashboard (plus an inbox), Agorapulse focuses on the single Inbox.

For each social profile that you connect, Agorapulse will automatically set up an Inbox for you that, depending on what the network allows, gives you one place to see what your social network community and audience is saying to you.

Because each social profile has its own Inbox, there’s no mixing of comments or messages, potential confusion over what’s being responded to, or what channel, and also no overwhelm.

The Agorapulse Inbox solution also includes the ability to tag content for later reference, review items that are taken care of, filter, sort, and even assign items to other team members.

While Agorapulse includes all of those Inbox features starting at the Medium Plan ($79/mo), you’d have to have Hootsuite’s most expensive plan ($599/mo) for a comparable feature set.

If you want a true comparison of pricing and features that takes into consideration things like how many users and profiles you need, and what features are must-haves, there’s a great, updated tool you can use to compare social media management tools and alternatives.

The Agorapulse Inbox is perfect for monitoring all of your brand’s (or your client’s) audience engagement. There’s a separate Listening tab where you can monitor retweets, shares of your site’s content where you maybe weren’t mentioned, posts that talk about your brand without mentioning your social handle, and other saved searches!

The Inbox Assistant will help you to set up saved searches as well as moderation and filtering rules.

How Inbox Filtering Will Save Your Direct Messages

Speaking of filtering… some of you may have had poor experiences with Twitter direct messages.

Some of you may be thinking that your Twitter Inbox is nothing more than a place for spammers to send you useless messages that bury anything remotely resembling a useful piece of information, and therefore, DMs are a waste of time and to be ignored.

This is where filters are going to rock your world.

I won’t argue with the fact that, for far too long, Twitter has allowed third-party tools unacceptable ease of access to automate DMs and fill our Inboxes with garbage. But what if I told you there was a way to eliminate nearly all of the spam you receive, bringing to light those truly valuable messages from customers and prospects?

Think of it like your Junk Mail box for your email. The messages still come in, but instead of cluttering your Inbox, they’re filed away so you don’t have to see them.

The Agorapulse Inbox Assistant will help you set up moderation rules – all you have to do is pay attention to the kinds of spam you’re getting in your Inbox and what some of the common elements are.

For example, my Twitter profile regularly gets direct message invitations to follow folks on other platforms. “Thanks for following me, would you follow me on LinkedIn too?” And others of that ilk. All I had to do was set up a moderation rule that filtered for common words like “follow” or “following” and set any such direct messages to be automatically reviewed.

Inbox cleaned up. And now you’ll start seeing those important customer messages again. (Not to mention open up Twitter Direct Messages as an outbound option for you to consider!)

To sum up, Hootsuite has completely removed the option to monitor inbound or outbound direct messages on Twitter in a stream. It’s been replaced with the new Inbox which is a seperate display, includes both Twitter direct messages and Facebook private messages, and is only available on current paid plans.

If you have 10 or fewer profiles, you can upgrade to Hootsuite’s Professional plan at a cost of $348 a year. That’s still less expensive than alternative social media management dashboards, but you might find additional features that make migrating to a different tool more palatable (perhaps eliminating multiple tools and saving multiple subscriptions).

The more profiles or users you need, the more Agorapulse will actually save you. Check out that social media management dashboard price comparison tool to know for sure what’s going to work for you!

Has this change impacted you? Are you more or less likely to use Twitter Direct Messages going forward? What other questions do you have about Twitter, Hootsuite or Agorapulse? Let me know in the comments below, and please share with anyone else whom you think might be affected! 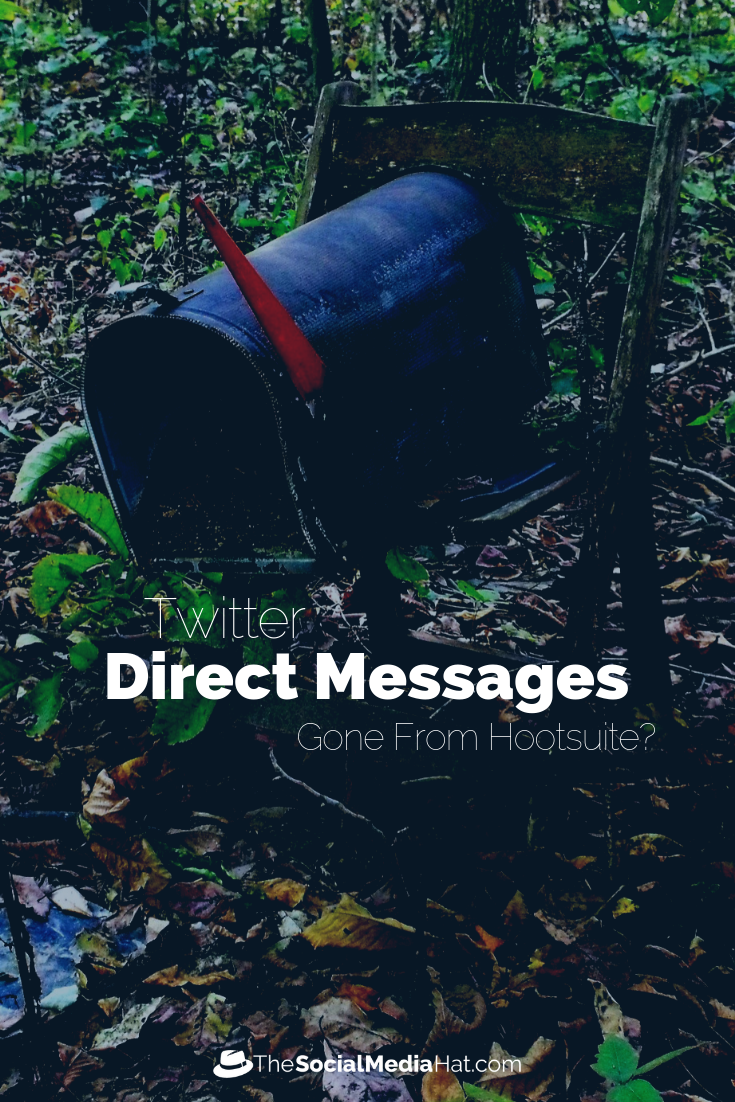 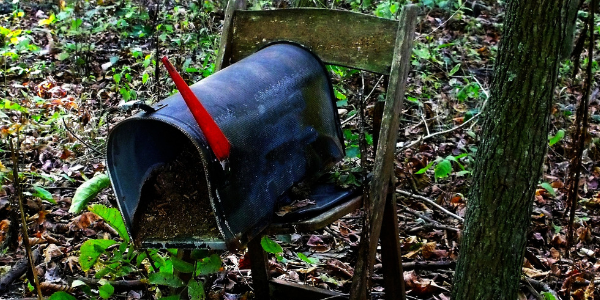 Previous Post: « How to Get Top Influencers to Work with Your Brand
Next Post: Google+ Is Officially Done »