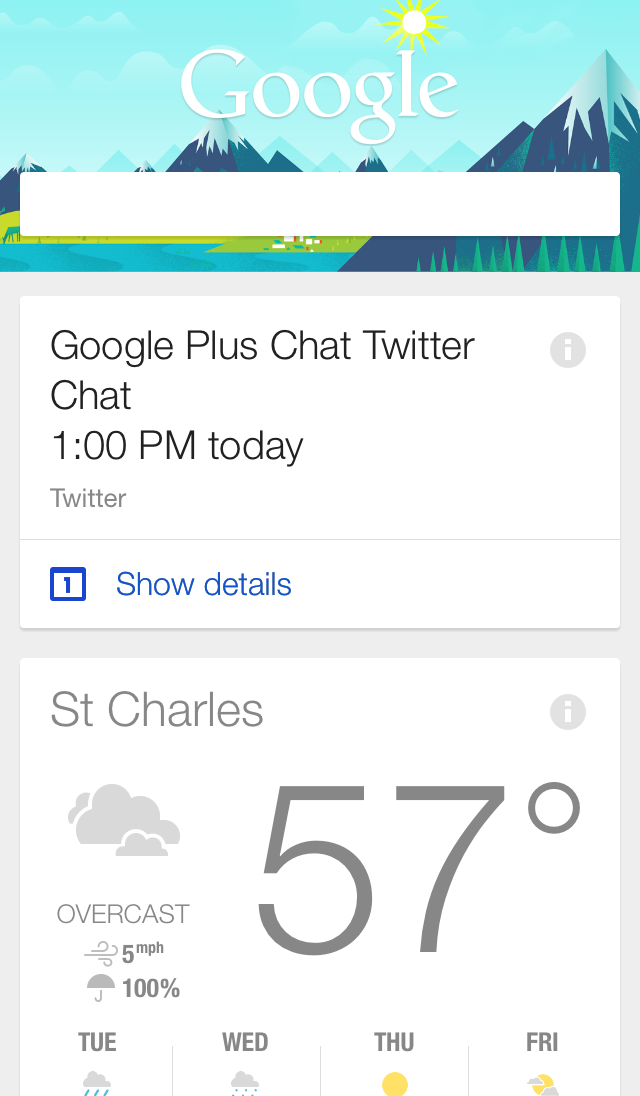 Many of these features were originally announced at Google I/O, and have been available on the Android platform for some time.

The power of Google Now is that it uses a combination of calendar access, monitoring of gmail messages, and other activity to determine what your day and activities are going to be like. Previously, you could open the app to see upcoming flight information, traffic problems on the way to your next appointment, and other information in a Card format. With this update, Google Now can send you push notifications for key events, like when to leave for your next appointment.

But in a step up over Siri, Google has also added the ability to be reminded when musicians release an album, a TV show has a new episode, an actor stars in a new movie, or when a celebrity makes headlines. Simply open the app, do a search, and tap on the “remind me” button.

One of the great features that was demo’d at Google I/O was the voice activation. By simply saying, “OK Google” you alert Google Now that you’re about to ask a question that Google needs to listen to and answer. That’s now been added to the iOS app.

Additionally, the entire app has been redesigned to incorporate a great new look, throw-away cards, and one-touch sign-in among all Google apps.

If you aren’t already using Google Search on your iPhone (particularly now that Safari uses Bing by default), I strongly recommend it.