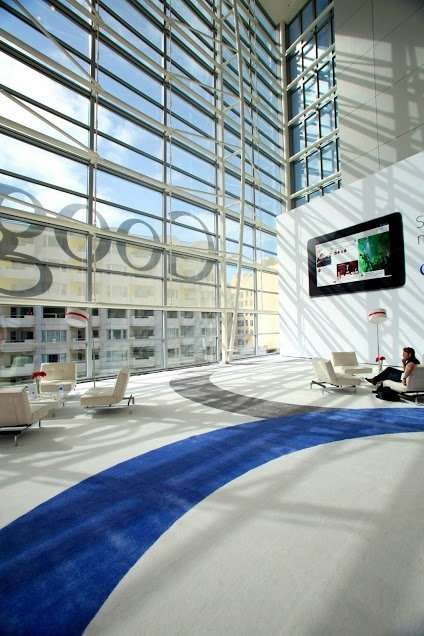 Google held their 6th annual developers conference this week called Google I/O 13, and during the keynote address, some amazing new features and developments were announced. A lot of time was spent discussing Android, Chrome and Google Maps, but I wanted to focus on the developements that matter most to businesses and social media users, including these improvements to Google+ and Google Search.

Google+ has 41 new features and enhancements being rolled out starting today. The three main areas that were discussed at the conference were the Google+ Stream, Google+ Hangouts and Photos.

The Google+ Stream is being revamped to incorporate a new multi-column look that is deeper and richer than before. Users can adjust the look within the More menu, and both images and videos will span multiple columns to provide the best possible view. The columns will also automatically adjust with the width of your browser.

Within the stream, menus and the status field swipes in and out, and individual posts are now referred to as “cards” just like on Twitter. Cards can flip and fade.

Google+ is also introducing Related Hashtags. Users can already apply hashtags to posts to connect them to related posts, but Google will now automatically scan your posts and apply appropriate hashtags. Even more impressive, Google will scan any image you include and can recognize and hashtag noted landmarks, like the Eiffel Tower. Related Hashtags can be removed per post or globally if you prefer.

What’s important to note is that when a use clicks on a Related Hashtag, the card will flip and reveal other posts with the same tag, and these posts are not only indexed but ranked according to Google’s algorithms for relevancy.

Hangouts are now available in a separate, dedicated app. Similar to to iMessage, conversations between you and your contacts are saved and available across multiple devices and platforms. However, Hangouts takes it a step further and includes seamless integration between text, photos and video, as well as group conversations. Here’s a video from Google that explains it better:

Google+ has taken great strides to make uploading, improving and sharing of images easier and less time-consuming. Google refers to these improvements as Backup, Highlight, Auto Enhance and Awesome.

First, it was announced earlier that your Google Drive space has been upgraded from 5GB to 15GB, and that space is allocated for saving of full size images. Google+ users can save unlimited images in standard size.

Next, using the Highlight option, Google can actually choose from a set of images which ones are the best! For instance, blurry images and duplicates are removed. Images that have poor exposure are also removed. Landmarks that are recognized might be included. Happy, smiling people are included! The machine-learning algorithms have been trained to recognize human interests, as well as your personal affiliations so that your friends and family get promoted. All images are always accessible.

Auto Enhance is an easy button for beautiful pictures. Enhancements include tonal distribution, skin softening, noise reduction, structure, red eye removal and more. It can be turned on or off per image or globally.

Google can recognize that you’ve taken several images together and can actually create a motion image. It’s an Awesome Auto Option that also includes mix, HDR, smile, pano. Images are automatically created and added to your albums for free.

Google launched Knowledge Graph last year to move beyond keywords to create connections between people, places and things. It allowed us to answer questions like, “What are some movies by J.J. Abrams?” Starting today, your next questions will be anticipated and the information provided alongside the answer to your initial question.

Airlines, travel plans, restaurant reservations and more are designed so that you can ask Google like you might ask a friend. Conversational search has already been launched on Android and iOS. This conversational search will also now be available within Chrome and brought to the desktop. You can say, “OK Google” and begin to ask your question. It is referred to as “Hotwording.”

Google Now will soon include reminders, including geofencing capability. Public Transit cards as well as Music, TV, Books and Video Games are being included. That means that Google and your device will recognize where you are, and when you arrive at a predetermined location, and provide you with the reminder or information that you need (similar to reminders from Siri on iOS devices).

These are some pretty exciting developments, and we will be looking for and discussing some of the other features that weren’t specifically announced. If you notice a feature, or have questions about these announcements, please share them in the comments below.