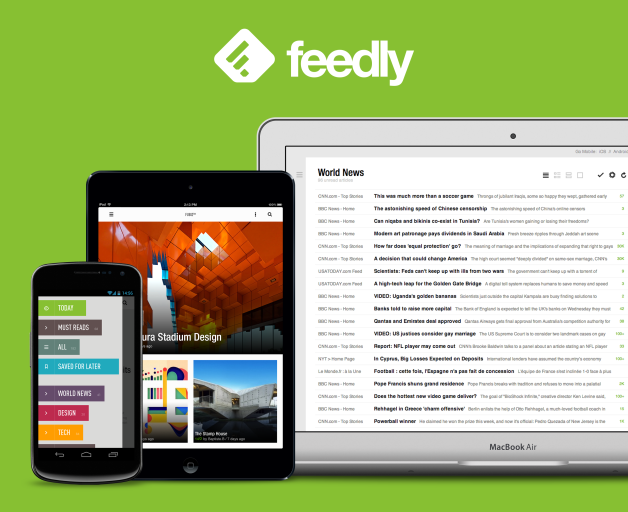 When Google announced that Google Reader would be shutting down July 1st, one of the more popular alternatives discussed was Feedly. Feedly is an independent RSS reader that also syncs with your Google Reader account. Fortunately for Feedly users (and Google Reader users as well), Feedly had been aware for some time that Google Reader was going to be shut down, and had been working on a solution codenamed “Normandy” (described in their blog post). In essence, all user’s subscription data is being housed and synced to a second server and when Google Reader deactivates on July 1, service will automatically be transitioned to the new server, providing a seamless transition.

Thanks to the announcement and subsequent conversations on social media, Feedly received a huge influx of new users, to the tune of 3 million. But Feedly hasn’t been resting idly. They’ve been busy implementing new features, both on the web service and to their mobile apps.

On March 28, Feedly released 10 new features for their browser version that provided:

Because Feedly is inherently designed to be a magazine-style format, it places heavy emphasis on the use of images, both as covers and thumbnails. The improvements to performance will be of particular interest to Google Reader users who were used to that fast-loading, graphics-free service.

On April 1, Feedly also released an update to their mobile app that included:

The Title Only view is convenient for users who have very active feeds and you’re looking for specific items. And the Must Read section is something unique to Feedly. While you can assign an RSS feed to a category, you can also choose to mark it as Must Read so that you will always see the latest updates from that site.

In a word, absolutely. Particularly with these new features and enhancements, I have found Feedly to not only be an adequate replacement, but superior in many respects. The interface is certainly more attractive (I used Newsify on my iPhone and iPad), but I also have options in terms of customizing the layout and order according to my needs. And the sharing options are far more convenient.

More importantly, now that all of my RSS subscriptions are safe and accessible, I can also take advantage of Feedly’s Explore tab. Feedly is more than just an RSS reader for your subscriptions. The Explore tab includes many, many feeds from key media sources so that you can browse stories from Tech, News, Business, Gaming, Design, Photography, Fashion, Cooking, DIY, Sports, YouTube, Cinema and more, and even in alternate languages.

Everyone uses RSS feeds in different ways. I subscribe to peers and colleagues so that I can continue to keep myself informed and educated, and I use custom RSS feeds from Craigslist to scan for new business ads. But more importantly, I use RSS feeds to subscribe to the blogs of the businesses in my industry like Google and Facebook and Apple, so that I can monitor announcements for newsjacking opportunities and stories. The Explore option gives me access to so many other news sources to browse through, it makes Feedly my one-stop shop for news and information.

What do you think? Have you tried Feedly, or is there an alternative that you’d recommend even more?