You are here: Home / Social Media Articles / Facebook Week: Catching up on all the changes.
Reading Time: 2 minutes

There were lots of updates and new features released this week from the social network giant. Some of these updates have been a long time coming, and include Ranked Comments, Expanded Facebook Gifts, Social Jobs App and Mobile Sharing.

For businesses, Facebook is testing the concept of Ranked Comments. On a brand page, the idea is that the most engaging comments will rise to the top of the list. This is not referring to News Feed posts, only the comments on specific posts. So, for example, if you have a post that receives 5 comments, and the 4th comment gets a bunch of Likes, that comment may show up at the top of the list.

While this may certainly address the issue where sometimes a post has a number of ho-hum comments and then one really good comment, but that well-written comment is buried. However, a number of users still need to read and like that great comment in order for the algorithm to do anything with it. Additionally, I’m concerned that putting comments out of order will be extremely confusing when the comments are more of an ongoing discussion. If you and I exchange a number of comments back and forth on a post, and you say something that is great and generates a lot of Likes, that comment will be taken out of order and put at the top of the list, and likely confuse other readers who see the post and comments later on.

Users can also gift TV shows and music through providers like Pandora, Hulu Plus, Rdio and others. Wine gifts are coming soon, along with more providers.

Facebook has been working with the U.S. Department of Labor and other groups since last year on ways to use social media to help connect good people with good jobs. This week, Facebook announced the release of the Social Jobs App, where employers can post available positions categorized by industry. Posted jobs include positions from sites like Monster.com, and already boasts more than 1.7 million job listings.

To learn more, read the note on the Social Jobs Partnership Page.

Probably the most significant update for users, on Thursday, Facebook released version 5.2 of their mobile app, as well as updating their mobile website, to allow mobile users greater ease and flexibility to share news stories. Users now see the same Share link they’ve been used to seeing in the full website.

Additionally, users can now tag friends in any post, comment or photo. Smileys, hearts and other emoji now work in messages.

Your news feed can now be sorted by tapping the button next to News Feed in the left sidebar. 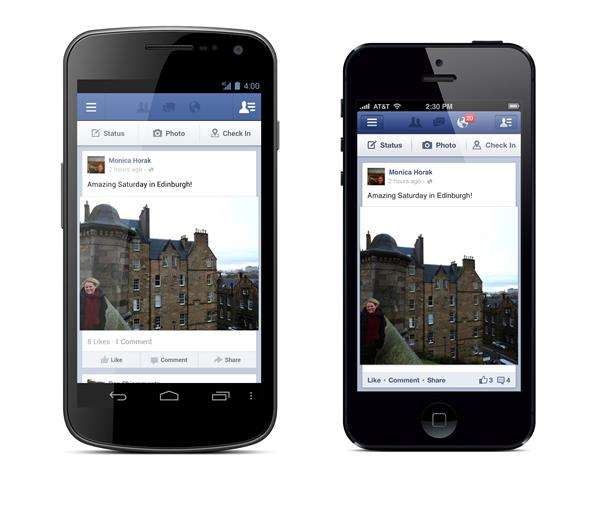 What do you think about these changes and updates? Do you like the mobile sharing as much as we do? What about Ranked Comments? Do you agree that they may be too confusing, or do you think that’s an awesome idea from Facebook?