Facebook has added a Video Feed for its mobile users to help with viewing and discovering video. Find out what it means for both users and marketers. 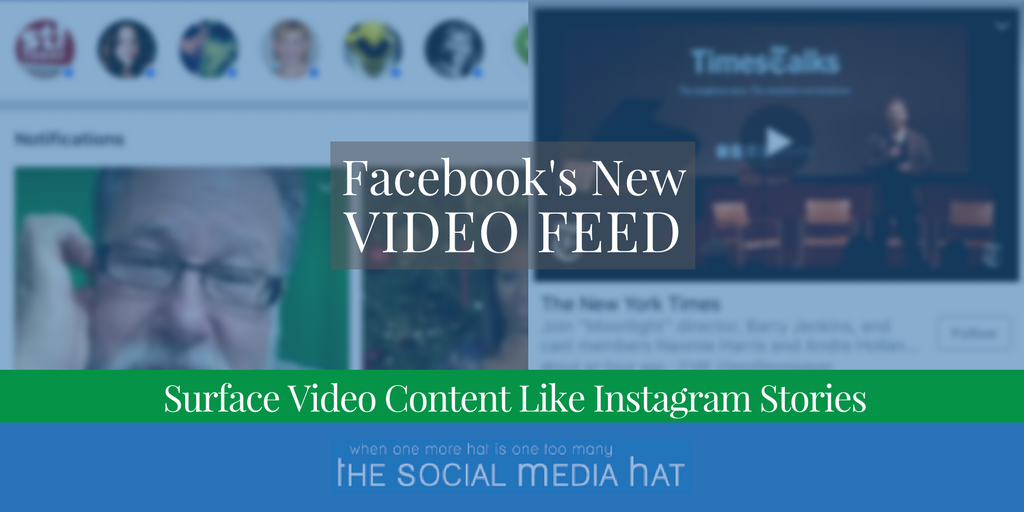 Live Video Now Has A Dedicated Feed On Mobile

Shortly after releasing Stories, Instagram added a bar across the top of your feed that shows you the latest Stories from the people you’re following. Facebook has now implemented the same feature on mobile, along with a few other features to make it a lot easier to see what your friends and favorite brands are broadcasting… or have recorded recently.

(This feature may be rolling out gradually, so if you don’t see your Video Feed yet, just wait.)

On mobile only, check out the new shortcut icons along the bottom of your app:

Instead of an icon for Facebook Messenger, your Home Feed icon has been slid over and the Messenger icon replaced with a Video Feed icon. Your notifications and menu options icons remain the same.

Tapping on your new Video Feed icon reveals thumbnails for those you follow who have published videos, your video notifications, and other recommended videos.

(Currently, there is no such option on desktop… only the Live Video Map.)

Catch Up On Missed Videos

With this new feed comes the ability to quickly catch up on all those videos that your friends and favorite brands published during the day while you were hard at work. Simply tap the feed and scroll through the top row to see who published.

Tap any person or page’s thumbnail to see their most recent video post, which you can view, like, comment on or share. Scroll down from that video and you’ll see other videos they have shared that you may have missed. 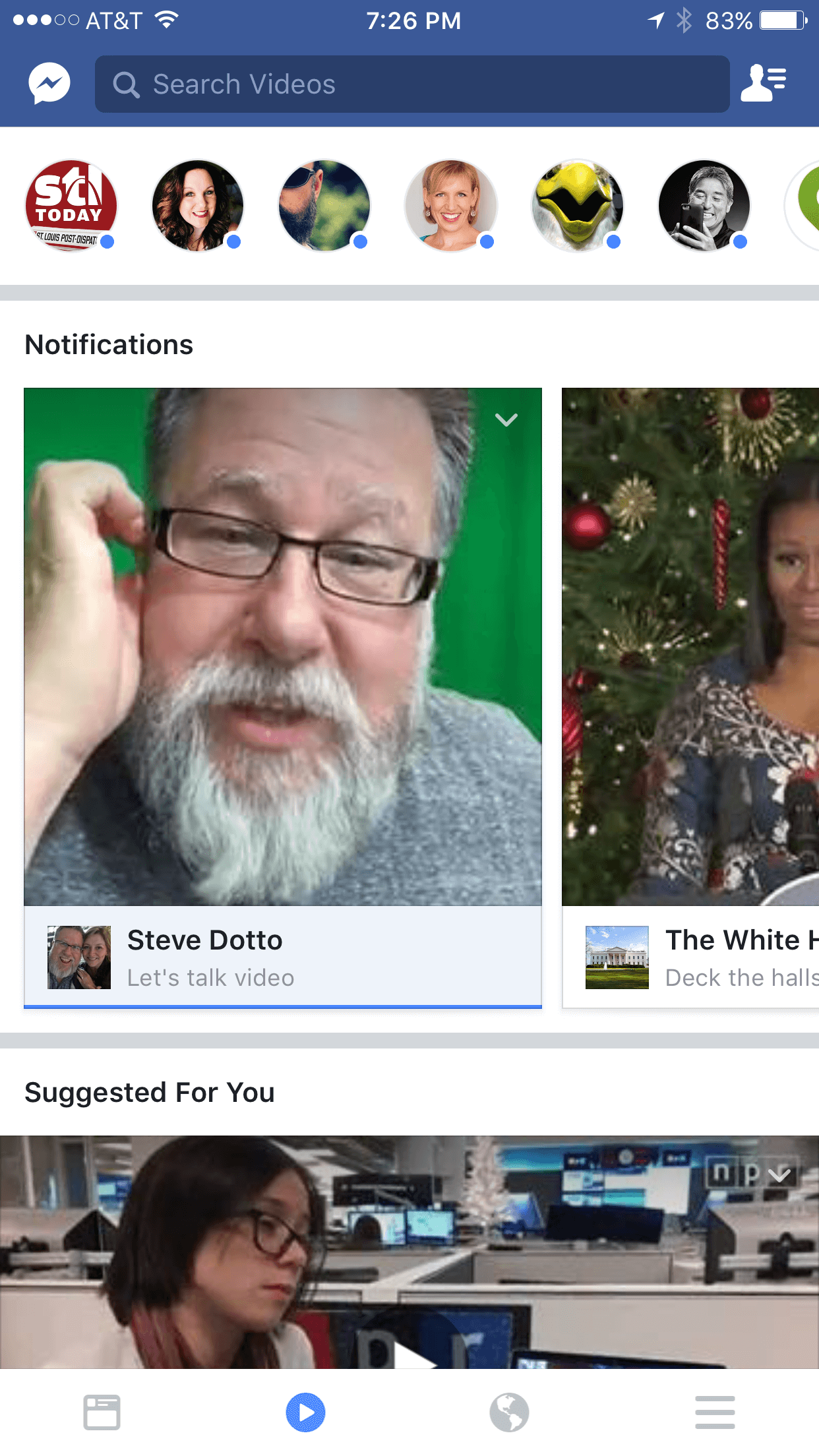 Swipe down to return to the Video Feed.

Below that, you’ll see the videos for which you actually received notifications for, but may have missed as well.

Note that once you tap on someone’s thumbnail, the next time you view your Video Feed, they’ll be shuffled to the back of the line. Unviewed broadcasters are first, but you can still go back to those you looked at before by swiping to the right.

While this may reduce the urgency for some to tune into live broadcasts while they’re being broadcasted (so they don’t lose sight of the content), I think this is going to prove to be far more valuable for long-term and repeat views.

One of the great features of this new feed is the ability to easily manage how and if you’re getting notified for Live Video broadcasts.

If you see that one of your friends or liked pages has broadcast a video recently, you can tap that thumbnail, see what the video was about, and also turn your notifications On or Off for that Facebook user.

Additionally, tapping the upside down carrot will reveal options such as saving the video, unfollowing the user, disabling notifications, and so on.

As you can see here, Mari Smith has shared a video to announce her upcoming webinar with BuzzSumo, all about Facebook of course. It even includes the post’s call to action to sign up for the webinar. (Which you can do here, if you’re interested.)

This could be one of the most impactful aspects of this release: the Suggested For You section of videos.

From a user’s perspective, it’s a great way to see videos you would not have normally been privy to. Now, much like YouTube, Facebook users can dive into a rabbit hole of video content and spend considerable amounts of time consuming that content. You can view videos, engage with them, and follow new brands and broadcasters that you’ve discovered.

Which means, for businesses and marketers, this is an amazing opportunity.

No longer limited to fans and connections of those who engage with your content, your videos now have even more potential to reach your target, but as yet unfamiliar, audience. 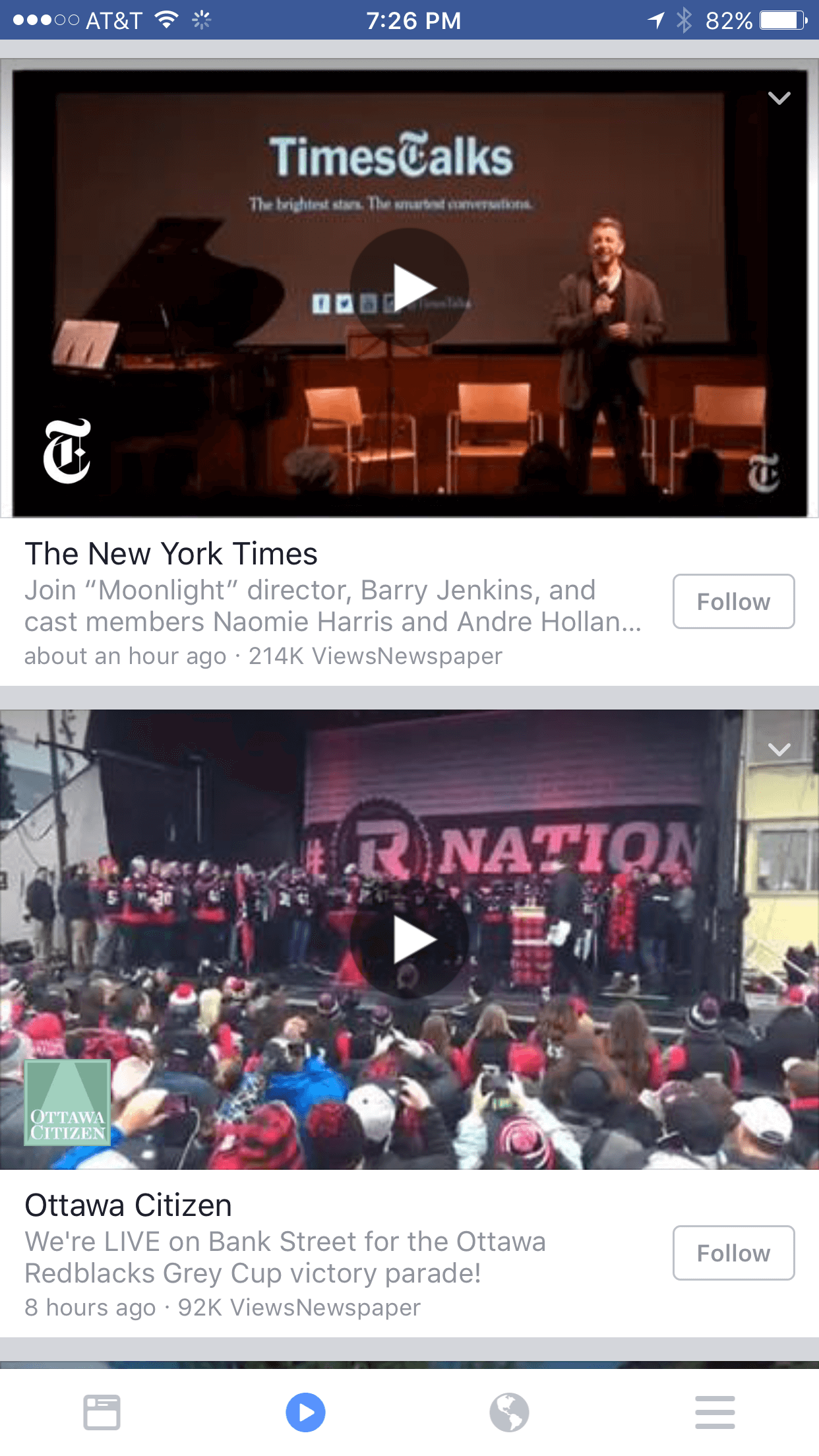 The magic question, of course, is how to get one’s video included in the Suggested For You. Based on my initial observations, recommended videos seem to be based on the following factors:

1. Activity of your Friends (did some of your friends already Like this video?)

2. Relationship to similar Brand Pages & Content (have you Liked videos similar to these in the past?)

3. Current Video Engagement by others (how many live viewers or Likes/Comments/Shares as the video racked up already?)

I think it’s safe to assume that it’s unlikely a poor performing video is suddenly going to be included in a Suggested For You personalized feed. But, if you can quickly get a good amount of live viewers, or begin to see a decent amount of engagement on a video, that sends positive signals to Facebook that others might be interested, and it will be recommended accordingly.

So that means that we can’t rely on this new discovery engine to surface our content – we still need to create and share great video content and engage with our followers. But if we do those things well, Facebook will likely reward us with increased visibility and virality. 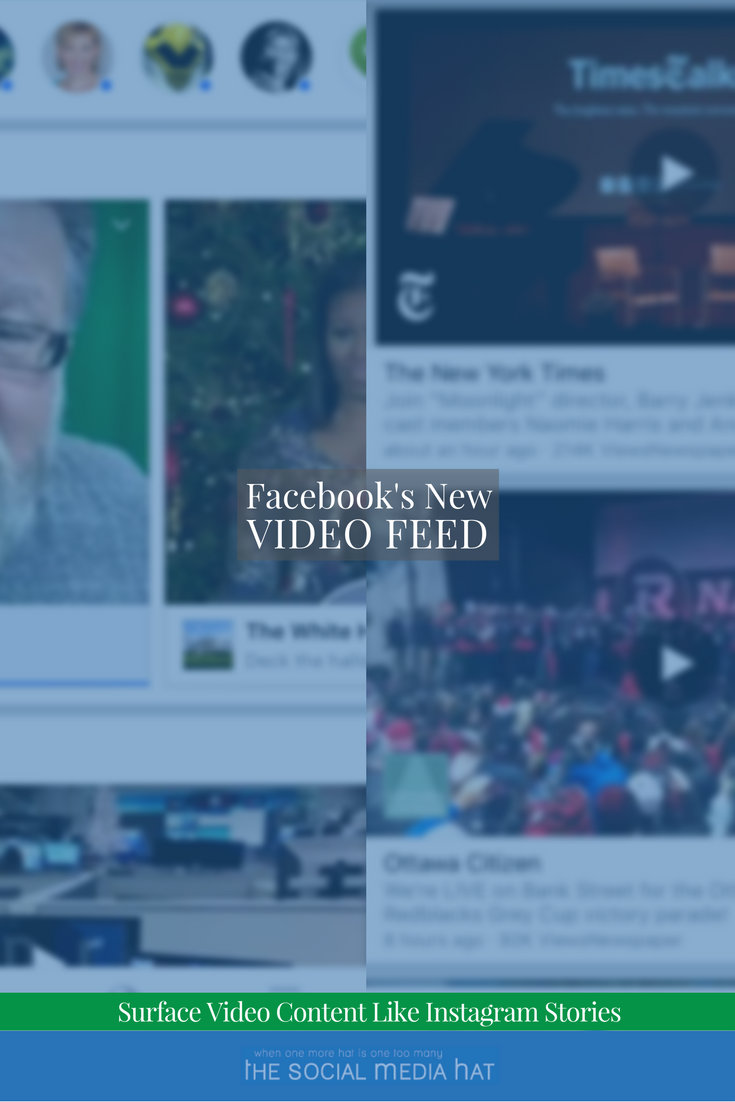