Facebook Live is about to dominate live video like nothing we’ve ever seen, and it’s something you need to care about now. 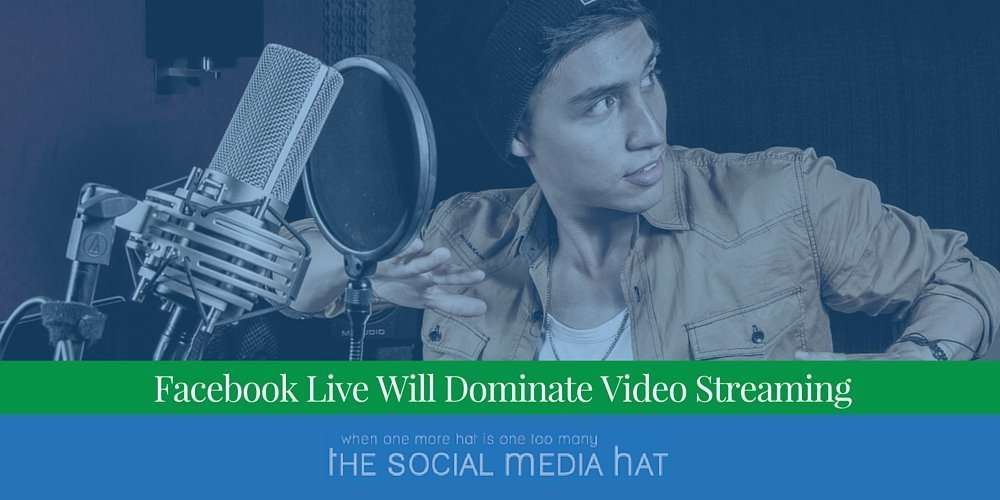 You know, Alexander Graham Bell really didn’t invent the telephone. He didn’t even invent the name.

20 years before Bell began his experiments, a man named Charles Bourseul designed a prototype. He had been a telegraph engineer and, in 1854, said, “It is certain that, in a more or less distant future, speech will be transmitted by electricity.”

In 1860, Johann Philipp Reis produced a device that could transmit musical notes, indistinct speech, and occasionally distinct speech by means of electric signals. Reis also introduced the term “telephon” for his device. 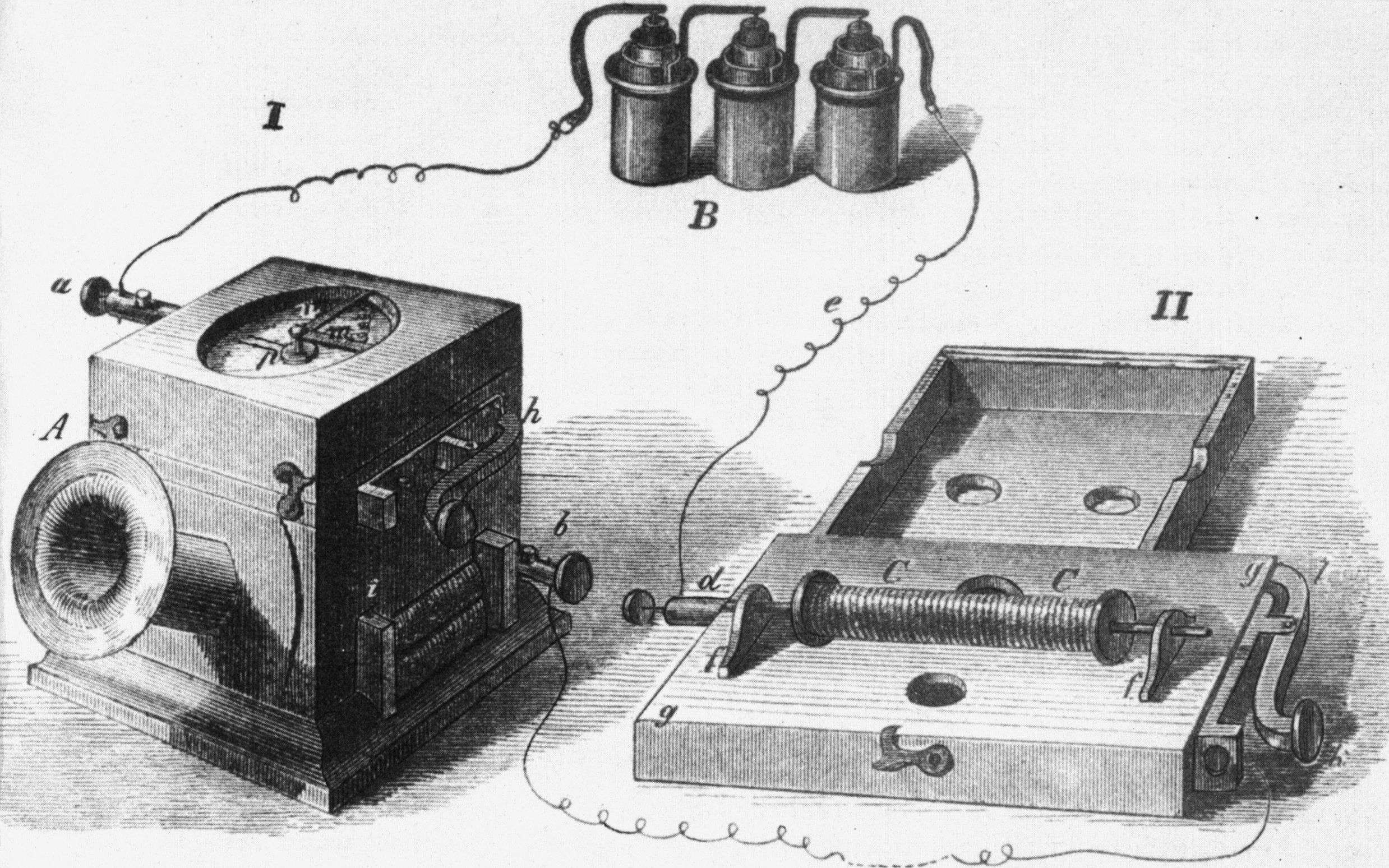 An early voice communicating device was invented around 1854 by Antonio Meucci, who called it a telettrofono. He filed a patent for it in 1871, but stopped paying to renew that patent in 1874, clearing the way for Bell to proceed.

Alexander Graham Bell started experimenting with primitive sound transmitters and receivers in 1874. In 1876, Bell obtained a patent for an “apparatus for transmitting vocal or other sounds telegraphically.” Due to his business acumen, he was able to capitalize on his innovation and timing.

While that’s an interesting piece of technological history, you might be wondering at this point what that has to do with Facebook and live video streaming. The thing is, history is replete with turning points and teaching moments.

While Bell may not have been the first to make incredible progress on a working telephonic device, what mattered was his timing and drive to capitalize on that development.

How Did We Get Here?

Live video streaming isn’t new, but clearly has reached new heights of interest and capability in recent years. Livestream and Ustream have been around for years, and Google+ Hangouts On Air were an incredible innovation. Being able to connect with up to 9 others in a live video conversation that could be viewed by many and recorded was brilliant.

In fact, Google+ is a modern day Antonio Meucci. They had the technology and the initial interest, but failed to capitalize on it. Instead of focusing on making Hangouts stable and feature rich, and accessible via mobile, they allowed it to remain buggy and undependable, opening the door for alternatives.

And boy, have we seen alternatives.

Startups like Meerkat and Blab popped up. Twitter developed Periscope. Tumblr and YouTube integrated live streaming options, and even Microsoft may be getting into the game now that they’ve purchased LinkedIn and could marry it with their previous acquisition, Skype.

And of course, Facebook threw their hat into the ring.

It started as a feature only for verified celebrities on mobile using the Mentions app, then gradually opened to all users on mobile. Not long after that, Facebook Live was rolled out to all desktop users. But at each phase, there’s been an element of exclusivity that created demand and excitement, just like Facebook’s original launch.

You remember that, right? The Facebook, only for Harvard students initially, and then eventually other select campuses.

People always complain about rollouts since they’re never the first to get a new feature, but what they don’t realize is that a rollout increases hype and demand. The perception that other people are getting something that you don’t yet have creates real interest and desire.

So Facebook didn’t invent video streaming, but talk to any industry expert and they’ll tell you the same thing. Facebook Live is about to dominate live video like nothing we’ve ever seen. 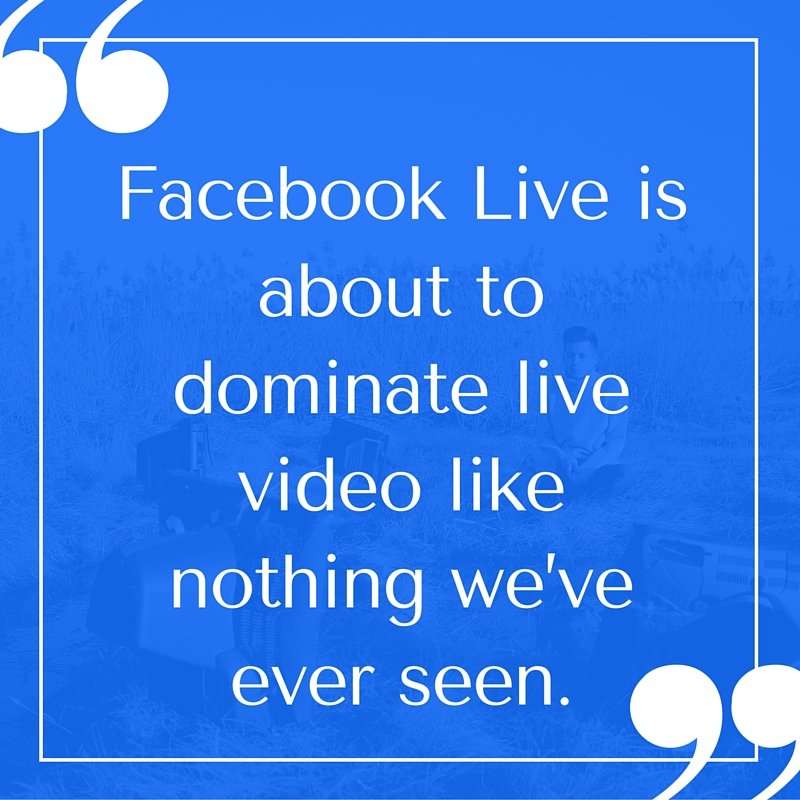 Part of it is luck and timing, no doubt. I mentioned Google+ earlier, and Google’s decision not to leverage the popularity of Hangouts (and believe me, they were popular! People were creating real shows and audiences there). Making it easier and more accessible for people to view and join Hangouts via mobile would have been a game changer in 2014.

At the same time, we’ve had startups like Meerkat and Periscope which piqued interest but couldn’t grow fast enough. And Blab, which failed to realize a monetization model that leveraged the broadcast format.

There’s also the fact that Facebook Live gets to leverage the largest social platform in the world. The average Facebook user has over 200 connections, and when they start a Facebook Live broadcast, there’s an instant audience. For celebrities and established influencers, being able to tap an existing audience to make their broadcasts successful and meaningful is critical.

There are also technical decisions that Mark Zuckerberg and his team have made which speak to Facebook’s vision.

Despite the initial exclusivity to create interest, Facebook Live is now available to both profiles and pages, as well as Groups and Events, making it an integrated way to communicate with your audience, wherever that might be. Removing those barriers allows for video producers to be as creative as they want with how they use that video.

Followers can be immediately notified that you’ve started a live video broadcast. Other platforms had their own spin on notifications, whether tweeting a link or sharing to your Google+ stream, but nothing can hold a candle to Facebook’s audience and immediacy.

Simply put, an individual is far more likely to see a Facebook notification, whether they’re on mobile or desktop, than they are a tweet.

Live Map displays where video is being broadcast throughout the world, with a listing along the left side and a preview at the top. While it’s likely once streaming video achieves a certain mass, this page will cease to be useful, it does speak to discoverability of videos now that other platforms, like Hangouts, previously lacked. Blab was immensely popular specifically because it was so easy to see what broadcasts were going on now and hop into one. Facebook has recognized that and will no doubt continue to leverage that.

Another feature that Facebook saw in other platforms and incorporated was audience engagement levels. You and I know them as floating hearts and likes. While it might seem like a gimmick to some, being able to demonstrate how much you like what’s going on at any given moment is incredibly useful data. Not to mention the fact that it provides easy audience participation and guest gamification.

What’s Next For Live Video Streaming?

You no doubt saw the recent news that Facebook Live will soon allow a second guest to join the broadcast, as well as the broadcast itself to be scheduled in advance.

These are both huge additions that are essentially a knock-out punch to other would-be competitors.

Up until now, Facebook Live has been limited to a single broadcaster, unless you use desktop software like OBS Studio or Wirecast to pipe in a Blab or multiple Skype video feeds into a single Facebook Live broadcast (which is what Social Media Examiner does so well).

Join us live as we explore Facebook releasing more collaborative ad tools, major features added to Facebook Live, a big announcement from YouTube, and Twitter video news, and as we analyze the breaking social media marketing news of the week!!

Our next weekly Morning Show is Friday July 1st at 8am Pacific. Check out our show calendar/archive here: http://socialmediaexaminer.com/talkshow

And while it’s nice for discussions to be able to bring in 4, 6 or 10 guests, the fact is, the best interviews are one-on-one. One host and one guest, talking to each other and a live audience.

As we saw with HOAs in ’13 and ’14, so again we will see with Facebook Live in ’16, and that is the proliferation of high production shows that are regularly scheduled and aired to growing audiences.

Businesses and bloggers need to pay attention to this, as this is a perfect example of when it pays to be an early adopter.

You see, often with technology, the people who jump in early get to help the rest of us avoid bugs and issues so that, when we’re ready, the technology is more mature. It’s like getting the new iPhone or waiting 12 months until the “S” iteration is released. While the S models are never huge upgrades over the previous model, they’re always more stable. Antenna issues, battery problems, etc., are always fixed with the next release.

This, however, isn’t like that. If you jump in now and begin to create an audience for yourself, you’ll be taking advantage of the hype, as well as getting ahead of your competitors. Right now, people’s feeds still aren’t filled with videos and notifications of so-and-so going live. But how long do you think that will last? How long before we start to tune out those live broadcasts?

Begin thinking now how you can best leverage live video. Is it interviews? Live Q&A’s? Reviews? Walkthroughs? Whatever it is, start planning and preparing now. If you haven’t already gotten a lot of experience with video, cut your teeth over on Blab or Periscope. Do some personal Facebook Live videos so you can get familiar with the user interface.

We’re far from finished seeing innovation in live video. Facebook will no doubt add more and richer features, while we will continue to see fledgling startups who think they can tackle a specific need or niche. Without a doubt, it’s an exciting time to be able to leverage technology and social media to spread your message and reach a wider audience.

Be sure to subscribe to get notifications when there are more developments in social media marketing.

Previous Post: « Get Your Social Media Inbox To Zero
Next Post: Rules for Being an Evil Social Network »