Enjoy the Holidays with this Eggnog Recipe 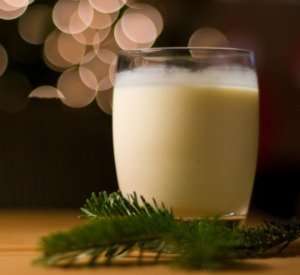 Eggnog (sometimes Egg Nog) is a traditional element of the Christmas Season. The exact origins of eggnog are unknown, but by the 1600’s it was popular in Europe and England, where the aristocracy would drink the sweet, creamy mixture with Brandy or Wine. Due to the taxes on imports, American Colonists turned to Rum from the Caribbean. When the American Revolutionary War disrupted all coastal activity, domestic whiskey and bourbon was substituted, resulting in the recipes and varieties we all enjoy today.

If you’re planning a Christmas Party for your business, or are simply looking for a great way to enjoy the holidays and relieve some of the shopping stresses, this eggnog recipe from my grandmother will help!

My grandmother and her sister were in charge of making the eggnog each Christmas. They would start by following the recipe, but then things would devolve from there. You see, in between tasting the eggnog, grandma and Aunt Agnes would take turns drinking straight from the Whiskey bottle. By the time everyone else was allowed to have some eggnog, grandma and Aunt Agnes were already having a great time. I suggest you do the same!

I always double this recipe. Not only do you want to be sure that there’s enough for everyone, but this eggnog makes for amazing coffee creamer the next morning!

I hope you deck the halls with this delicious drink! If you try it out, please let me know what you think! And feel free to share any special Christmas traditions or recipes of your own.

Reading Time: 13 minutes 20+ Ideas for Your Next Virtual Event

Reading Time: 6 minutes Should you take the time and spend the money to host your own virtual event? Is there virtual event ROI?