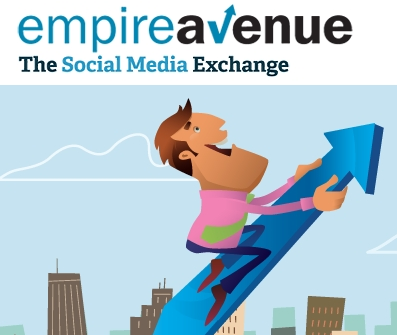 Many businesses are beginning to realize the benefit of having an account on Empire Avenue. If you don’t know what EAve is, it’s an online game where players invest in each other. Your share price and stock performance is partly tied to your social networks like Facebook and Twitter. So, unlike sites like Klout which simply measure your social networking activity, Empire Avenue is much more interactive and engaging. (For more information, please see What is Empire Avenue?)

There has, and will continue to be, a lot of debate over the concept of “nibbling” and whether or not is is good for your EA account. Nibbling is when you purchase smaller amounts of shares in an individual repeatedly, rather than one lump sum. Nibbling can be done all at once by buying small amounts of shares in the same player over and over until you achieve the total amount you wish to invest; or it can be done over time.

I promote nibbling over time. I suggest that players purchase small amounts of shares in many, many other players. This allows you to invest in more players with the same amount of eaves than you could if you went ‘all in’ in a few players. This activity also generally promotes buy backs and continued activity. Each time you invest, you can leave a Shout Out, give a thumbs up, and so on (it is still unclear what does and does not count as activity so it’s best to just do as much as you can).

That part of the debate is fairly well known. What many may have missed however is this: if you spend time “ramping up” with players as I do, you get to know them better and create opportunities for real connections.

I generally purchase shares in 5, 15 or 25 increments. Unless I’m on my iPhone, I will leave shout outs to players. I read the responses I get. When I’m on their profile I click on their connection links and Follow, Like, Friend and Subscribe. I will endorse a blog or two. This results in a greater level of interaction than a single purchase of 200 shares could have achieved.

Not every player is going to respond to this strategy the same way, but many will participate freely, perhaps without even realizing it. Many players ‘match’ investments and will naturally respond to your shouts. They will likely also reciprocate when you connect on other networks. *This* is what EA should be all about – rather than get bogged down in what’s changed and who has left and what your divs are today – use EA to build connections and I think you’ll find, as I have, that EA success will come along for the ride.

Previous Post: « 14 Directories Your Business Should Be In
Next Post: Google Chrome for iOS adds Google+ Sharing »