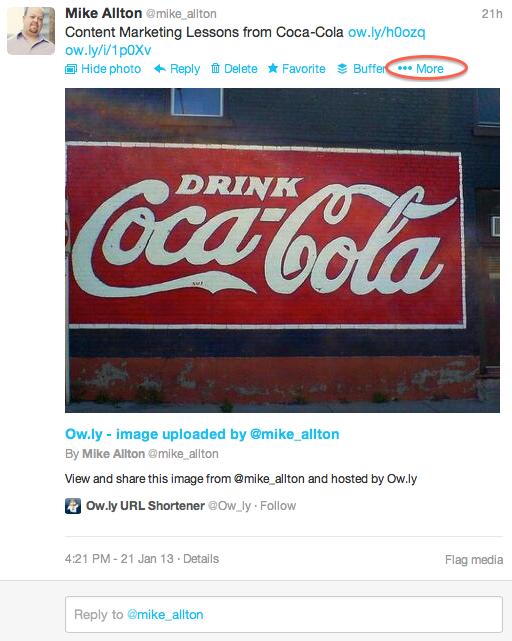 First, the update allows Embedded Tweets to display photos, videos, article summaries and other content shared in a Tweet, just like you see on Twitter.com. You can also view retweet and favorite counts to better gauge the effectiveness of your tweet.

For businesses, embedded tweets are a fantastic way to reference a tweet in your blog posts without asking readers to leave your blog. If you’re talking about a current event, for instance, you might find a quote from someone involved in the event on Twitter that you can bring into your blog. Or, you might reference one of your own tweets giving users an easy opportunity to follow you, favorite and retweet the post. Ideally, your business is creating content that is so interesting and compelling that it is your readers that are embedding your tweets on their own sites to quote and reference you and your content.

The information included on the Twitter Card is still somewhat limited. Expanded Tweets, the inclusion of a teaser and more information, is still limited to a select number of businesses and media outlets like The New York Times. And, if you included an image from Instagram, the image will still be displayed as a link only.

Use these virtual event statistics to help you frame your 2022 strategy.