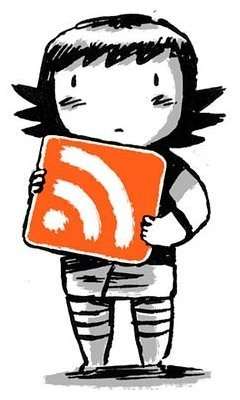 As promised, Digg, the Social Bookmarking service, has released their alternative to Google Reader, aptly named Digg Reader. The announcement comes via an update to their existing mobile app. Strangely, Digg.com offers no clue as to what’s been made available.

If you recall, Google attempted to kill RSS by announcing in March that it was shutting down the popular Google Reader service come July 1. Feedly and others have scrambled to pick up the slack, and now Digg has thrown their hat into the ring.

According to the udpate, Digg users can now read the latest articles from their favorite publishers and blogs, which is standard with any RSS subscription service. What’s unique about Digg Reader and puts it on par with the likes of Feedly is that it also seamlessly imports all of your existing Google Reader subscriptions.

To get started, first, grab the update. Once your Digg app is up to date, open it and tap the settings icon in the upper left corner, revealing a left menu. You’ll see the Import from Google Reader button. Tap that, enter your Google credentials, and accept the permission for Digg to access your Google data.

When I did it, I received a message that my import was taking longer than expected, and that Digg would email when complete.

While waiting, I explored the +Add button at the bottom of the left menu. Tapping revealed a URL field where we can add new RSS feeds, and a series of categories containing a variety of media sources, ranging from Art to Warfare, and including sources like TechCrunch and Salon and Variety. You can tap and add any source you wish to your existing subscriptions.

The app will sync across all of your devices, and can send notifications, but does not support notifications for new subscription items (something Newsify did but Feedly doesn’t do either). You can also save items to Instapaper or Pocket to read later.

Digg has stressed that this is a Beta rollout, and that more features are coming soon. An Android app will be available in July, as well as more options for sorting and filtering, sharing to additional social networks, and more.

While the interface is simple and clean, it has a way to go for it to catch up with the more mature Feedly product. Certainly check it out though and see if it appeals to you.

Use these virtual event statistics to help you frame your 2022 strategy.