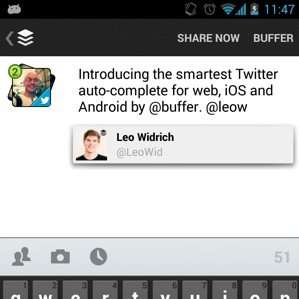 Buffer is one of those apps that can really help you keep on top of your social media activity. I recommend it regularly to businesses and bloggers, as it allows them to set up a schedule for when they want to tweet or post, and then just add new shares to their queue.

But when it comes to engaging with people and influencers on Twitter, Buffer has never been a good choice. You’d have to know the Twitter handle of someone in order to mention them in a Tweet shared via Buffer.

Now, however, Buffer on the web and on mobile offers you the ability to begin typing in someone’s name or handle, and let Buffer autocomplete their Twitter handle for your selection. Simply type the @ symbol and a few letters to begin seeing suggestions. 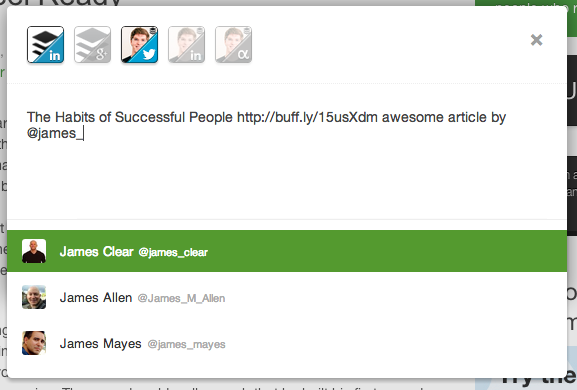 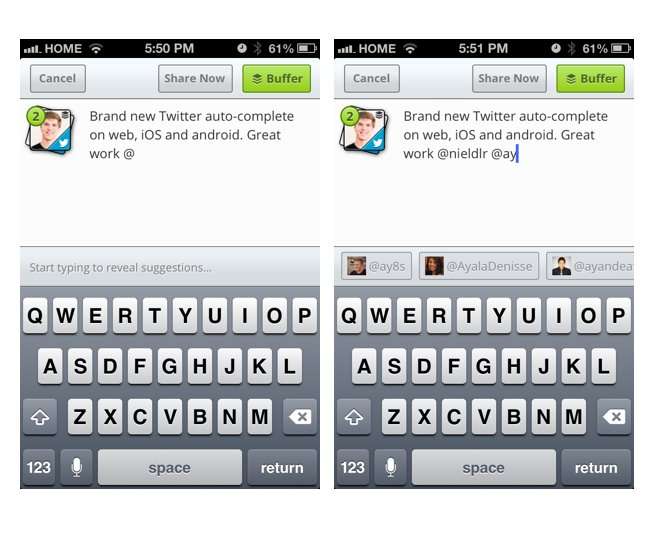 What’s cool is that we’ll often use Buffer to share similar posts to both Twitter and other networks like Facebook or LinkedIn or Google+. Buffer will now convert @mentions to the person’s actual name. So if you create a Buffer share and include @Mike_Allton, it will show up as Mike Allton on other networks.

The Autocomplete saves time and also saves you from having to remember specific handles! The feature is available already with the web, but you’ll need to grab the latest udpate for iPhone or Android to use it on your phone.

Previous Post: « The new HootSuite Hootlet takes social sharing and research to new heights
Next Post: How to Pay it Forward at [X]Pendapalooza 11 »