Brands That Have Scored With Their World Cup Marketing Strategy

The 2014 FIFA World Cup fever is upon us, and while the fans are soaking themselves in the madness, the brands from different realms are making serious efforts to cash in on the frenzy.

You are here: Home / Social Media Articles / Brands That Have Scored With Their World Cup Marketing Strategy
Reading Time: 3 minutes 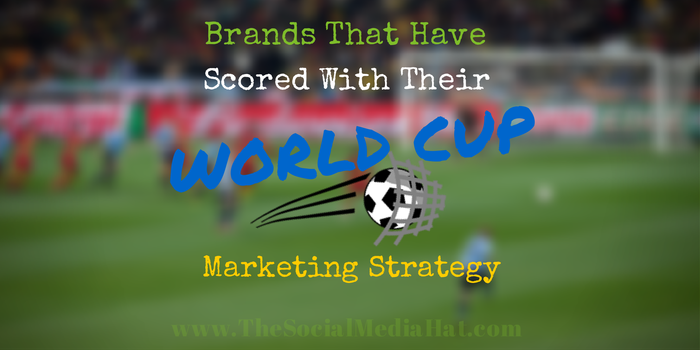 The 2014 FIFA World Cup fever is upon us, and while the fans are soaking themselves in the madness, the brands from different realms are making serious efforts to cash in on the frenzy and get some eyeballs for their products and maximize their reach. So, as the teams battle each other to get their hands at the golden trophy, the brands are involved in a battle of its own kind – a batle of creatives.

Here are a few landmark strategies by brands that are scoring all the right goals:

Coca Cola has never shied away of setting benchmarks, and this time round, they are again right on the mark. The brand launched a campaign, “Everyone’s Invited“, as a part of which they released some short films about Football and how it aims to unite the Soccer fans. 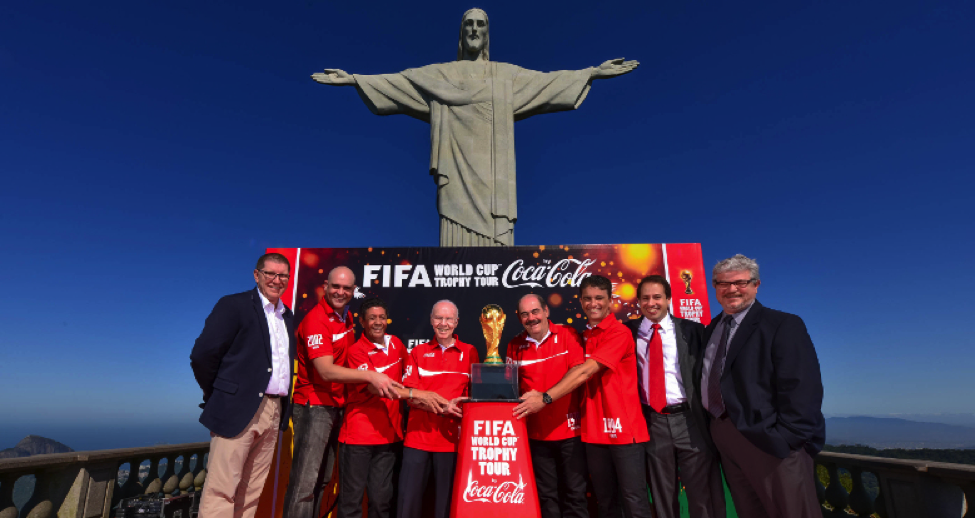 Visa did something all brands yearn for all the time – it created an advertisement that went viral. And that’s about it you need in order to make all the right noises in the market that is already strewn by competition. The “Restaurant” ad is creating ripples across the Internet and it surely is making Visa resonate even more as a brand name.

The “United In Rivalry” campaign has also achieved stupendous results for them already as they keep catering to people who share mutual love for arguably the biggest sporting event on earth – soccer World Cup.

Well, they made the first big move by signing the most popular player, Messi, as the face of the FIFA 2014. the brand sent out a clear message that it takes dedication and a hard-worked courage to reach at the very top and this resonated with the Soccer fans to the last thread. The “Trading Places” video shows Messi and Federer guiding the Soccer enthusiasts and inspiring them to let the love of Football spread its wings around. And that’s not all, Gillete even went on to launch in the market the Special Edition Razors as a part of its FIFA branding strategy.

As we said before, the virality never ceases to work, and Nike was another brand that showed how it’s done. They released the “The Last Game” ad which was happily lapped up by the audience and got some excellent word of mouth spread around the marketing circle. On Youtube, the ad received as many as 10.5 million hits pretty soon after it was launched. Well, that was hardly a surprise considering the fact that they got on board the biggest names in Soccer – Christiano Ronaldo, Messi, Wayne Rooney, Hero Neymar, Zaltan and more. The ad first captures the attention and then cleverly leads you to their app for the World Cup.

The app is essentially aimed to keep you glued to all the updates of the World Cup if you are too busy to catch all the live action on TV. There couldn’t be a better example of mobile marketing than this. Nike has always been bang on in its campaigns around various events and this time round, it’s no different. They surely have got a lot of people on planet earth swing into the action and download the app. Also, the World Cup gear it sells always finds maximum takers every single time.

You can’t expect any less from Adidas, the sporting giant that seems filled with the creative and marketing geniuses in its armor. And for this Word Cup, Adidas has gone a little high tech. They are also getting some of the biggest stars to promote them. Their themes mainly revolves around the choices, – “All In” or “Nothing“. The first choice is that will introduce you to the whole set up for the FIFA made by Adidas while the other takes you to a video that is incredibly catchy and addictive.

Whilst the soccer World Cups have always been the biggest head turners, thanks to the ever so frenzied social media age, it’s raining football just about everywhere on the web. It has hardly been a week and already there are a bunch of memes doing the round over the web. It doesn’t surprise us as the times since 2010 have revolutionarily transformed on the social media front. The biggest and the most wisest of brands well and truly have mastered the art of cashing in on the most talked about events and happenings that command our undivided attention.