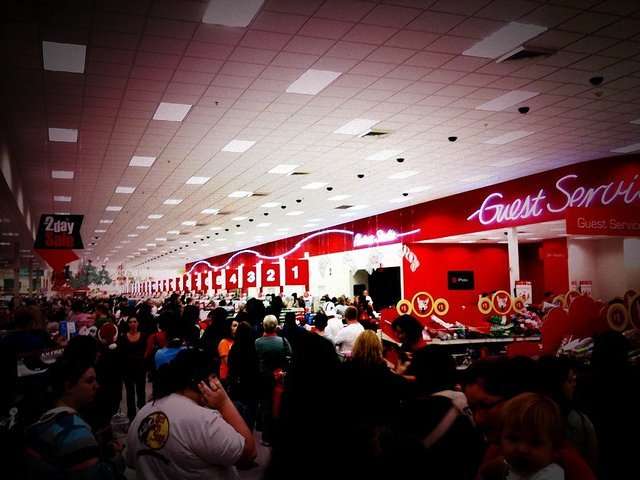 Every year, Americans celebrate the first feast of the Pilgrims by coming together with family and friends for Thanksgiving. Starting at midnight Thanksgiving and for the next four days, retail businesses are on overdrive as spending for the Christmas Season commences, first with Black Friday, then with Small Business Saturday, and then finally with Cyber Monday. These days represent major opportunities for businesses small and large alike to reap great profits, but how did these shopping traditions start?

The term Black Friday actually began in Philadelphia in the 1950’s. It initially referred to simply the increase in pedestrian and vehicle traffic on the day after Thanksgiving. Philadelphia police would refer to the two days after Thanksgiving as Black Friday and Black Saturday because of all the issues these high traffic days would cause. It obtained widespread use in the mid-1970’s and only later began to be understood as the day when many retailers would earn such high profits that their budgets would go from being in the red to being in the black (positive).

Over the years, retailers began opening earlier and earlier – starting at 6:00am and then going to 5:00am and 4:00am. Starting in 2011, some retailers started opening at midnight Thanksgiving day, and some like WalMart have even suggested opening Thanksgiving evening.

Since 2003, Black Friday has been the top shopping day save for one year when it was second.

One of the largest contributing factors to the extreme traffic on this day is the fact that most employers, if they’re not in retail, are closed that Friday, giving many more people than usual the day off and a perfect opportunity to begin their Christmas shopping. Retailers have understood that for years and have taken to offering bigger and better deals and sales to attract more shoppers.

While the Saturday after Thanksgiving has been a popular shopping day for decades along with Black Friday, the phrase “Small Business Saturday” was coined in 2010 as part of a marketing effort by American Express. American Express wanted to promote small, brick and mortar businesses, and ran an advertising campaign promoting the concept of buying locally. The campaign included advertising inventory on Facebook which American Express allocated to small businesses.

On Twitter, the hashtag #SmallBusinessSaturday has been in usage, though it no longer refers to the Saturday after Thanksgiving and is now used to promote any small business on any Saturday throughout the year.

Cyber Monday was initially started in 2005 by Shop.org, used to describe the growing trend of consumers to spend on online retailers the Monday following Thanksgiving.

In 2010, consumer online spending on Cyber Monday exceeded $1 billion, and sales in 2012 are expected to surpass $1.25 billion.

While the traffic and sales have increased each year for online retailers, consumers who are doing their shopping at work during business hours are increasingly putting their job at risk. Employers are taking more and more steps to monitor and block such non-productive activity, and a percentage of HR departments have even reported firing employees for holiday shopping.

Interestingly, Cyber Monday is catching on beyond the United States, with Canada and several European countries beginning to use the term and see increased consumer activity. Businesses that have a global target market would do well to increase ad buys in these countries. Amazon.de, for example, brought Cyber Monday to Germany in 2010.

Businesses who are in the retail space already understand that in order to compete on these days, they must create valuable sales and promotions, and compelling marketing campaigns. These campaigns typically include sales flyers and other print materials, as well as traditional media advertising. But what about smaller retailers or service-based businesses that simply need to get their message heard? We provided a number of marketing ideas for businesses in that situation.

While Thanksgiving Day is about giving thanks for everything we have, the next four days are about shopping and (hopefully) being generous for those we know and love. I’d like to take this time to personally thank each of you for reading The Social Media Hat. Your continued interest and support are invaluable to me. If there are any ways I can help you and your business in the coming year, please let me know.