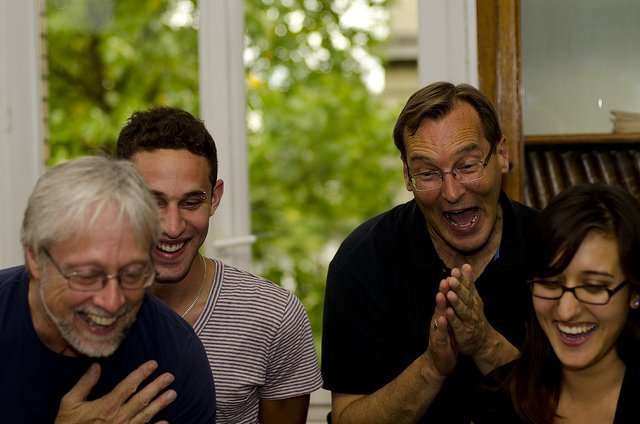 We guess Scott Adams put it best when he said “It’s a wondrous human characteristic to be able to slip into and out of idiocy many times a day without noticing the change or accidentally killing innocent bystanders in the process.” You see, just the other day, we were ranting about our mobile phone because it wouldn’t turn on. It took us about 20 minutes to figure out that we put in the battery the wrong way and that we were lucky enough not to have damaged our phone. Still, we’re sort of grateful that no one was around at that time to witness our moment of stupidity, unlike some of these tech guys, who will forever be haunted for saying things that made them—well— look and sound stupid.

Steve Ballmer on the iPhone

When the iPhone first came out, Steve Ballmer, who is the current CEO of Microsoft, said: “500 dollars? Fully subsidized? With a plan? I said that is the most expensive phone in the world. And it doesn’t appeal to business customers because it doesn’t have a keyboard. Which makes it not a very good email machine.”

Of course now, we can say that Ballmer just totally miscalculated the competition. But we can’t really dismiss him as someone who is stupid all the time. After all, the guy is smart enough to amass $15.7 billion worth of personal wealth. Let’s just hope that he doesn’t say anymore iPhone-related stuff in the future.

In 1977, engineer and co-founder of Digital Equipment Corporation Ken Olsen said: “There is no reason for any individual to have a computer in his home.” Some say that this quote is always taken out of context; but there is no denying that, during the latter part of his career, “Olsen became better known for his gaffes.” It’s too bad, considering many including Bill Gates considered him as their hero. In fact, everyone agrees that Olsen “drove the second great wave of computing, taking the industry from large mainframes to networks of smaller, cheaper minicomputers that could be used by small companies or scientists and engineers.” Now if only he could have feigned temporary amnesia or said multi-line phone system instead of computer. But then again, some might have taken that out of context as well.

Let us be perfectly clear. We hate spam. And no, we’re not referring to the porky goodness that makes sandwiches heavenly. We’re talking about the stuff that clogs our inboxes with the most inane content, which seem to piss off a lot of people including Bill Gates, who once promised that the world would be spam-free by 2006. Maybe Mr. Gates should not have said 2006 and just let the crusade against spam run its natural course since anti-spam technology is becoming more and more sophisticated anyway. In any case, it’s easier to forgive Bill since most people are aware of his genius, as well as his philanthropic efforts.

In 2005, Steve Chen, co-founder of YouTube was worrying about “his startup’s potential popularity.” You see, at that time, YouTube only had about 50 videos available, which led Chen to say: “There’s just not that many videos I want to watch.” The only thing we can say though is that it’s a good thing Chen didn’t pull the plug on YouTube despite being anxious about its ability to take off. If not, then it may never have been acquired by Google (for $1.65 billion no less) and we would never have seen the awesomeness that is Psy’s Gangnam Style and Rebecca Black’s Friday.

What popular gaffe would you add to the list? Any of your own?