Gary W. Goldstein is a Hollywood Producer, among other titles and businesses. While in Hollywood, he produced and was involved in a number of top films, including Pretty Woman and Under Siege.

But that’s not what makes Gary so special.

When you listen to Gary talk, he just exudes wisdom and empathy. 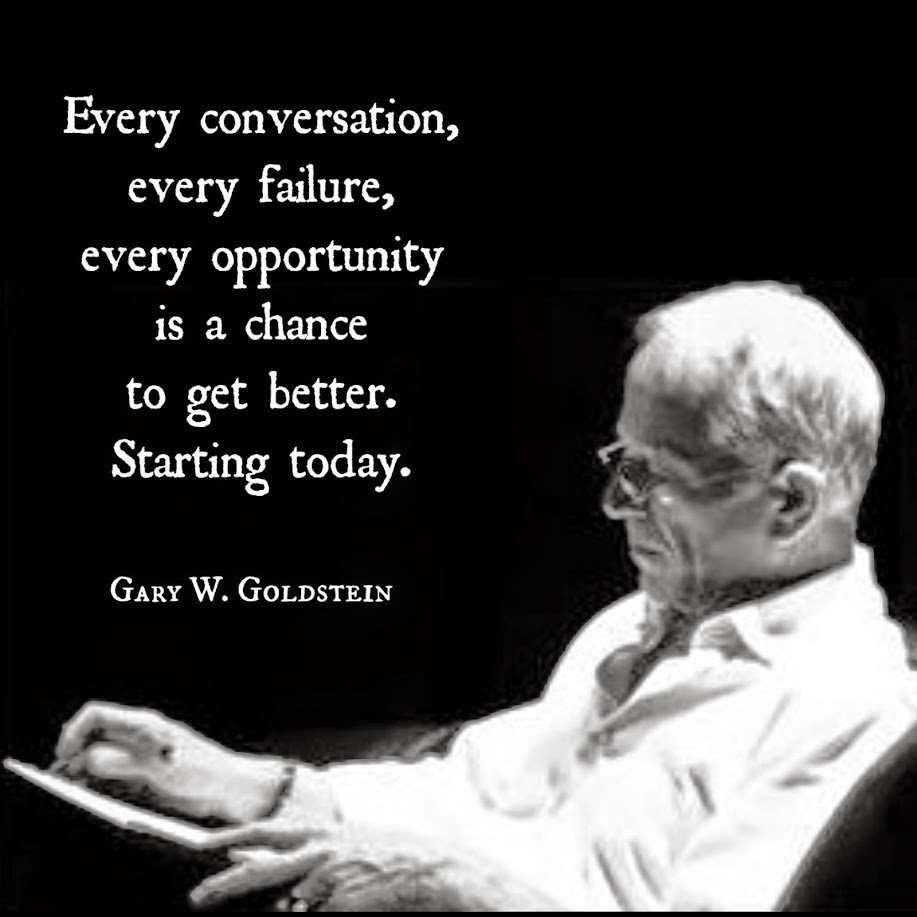 The brilliance of Gary W. Goldstein is that virtually every comment he makes can be applied well beyond Hollywood. While he may be talking about how he developed feature films or worked to promote acting talent, the advice that he gives is stunning in how closely aligned it is to the kinds of advice myself and others give on how to be successful as a business using social media and blog content.

Gary recently participated in a number of live HOA’s (Google+ Hangouts On Air) hosted by The CraftStar, and in the third part of “The Creative Connection” series, his comments were particularly spot on. While sharing his own habits and history, Gary talked about building relationships, targeting, influencers, content and even mentors.

One of the most important tenets in Gary’s life is the building of relationships. He has said, “Enjoy doing something everyday to improve your reach and relationships.” And he even went so far to say in this HOA that it’s not the individual transaction that’s important. It’s the fan base. If you have 1000 true fans, you’re done, you can sustain your business for the rest of your life. Those 1000 true fans will buy what you produce and that will be enough for you to do what you want, and you get there by being personal. You share stories and treat those individuals like family so that they care about you and participate in an ongoing conversation.

Social Media actually makes this possible and easier for businesses! Owners should be using social media to create connections with people that can potentially develop into meaningful relationships.

For instance, Gary suggests that more businesses should be interested in and open to receiving input from customers into their products and services. You should be willing to humbly ask a customer for their thoughts and opinions in a way in which there is no pressure to buy. Just interact and engage.

And the focus is then on individual relationships rather than inflating follower counts.

“My mantra, and the key to all my success is simple: relationships over results, always.” ~ Gary W. Goldstein <tweet this>

Early in Gary’s career, before he began producing films, he worked as a talent agent. It was his job to connect actors and actresses with casting directors and films. He spent many afternoons playing tennis at the club because he knew that was where he would find actors who weren’t represented.

He knew where his target market would be, and went after them.

Similarly, as businesses, we need to make sure that our marketing and our message is specifically crafted and delivered to connect with our audience where they are. I’ve talked about this before with respect to social media when I presented the concept of putting different social networks into tiers. Your first tier should only have one or two social networks where you’re actively working on developing connections with followers and influencers. Those networks should be the most likely platforms where your business can find potential clients and connections.

Gary described that every day, he would devote 30 minutes toward promoting those actors for whom he was responsible. In that time, he would be able to make a few specific, key phone calls to individuals in Hollywood. But in these calls, it wasn’t a sales pitch. Each time, Gary would be spending some time working on his relationship with these individuals, and simply giving himself opportunities to be able to jump in with the right talent at the right moment.

He created opportunities for himself (and his clients).

Every day, you can comment on and share posts from other influencers and thought leaders in your industry. You can follow them and engage them on their posts and get to know them. Not all, but some, will take an interest in you and as you continue to work to develop those relationships, opportunities will crop up. Sometimes it might be an influencer reading something that you wrote and sharing it, or sending you a referral, or offering to collaborate on a project or even hire you!

Gary wrote a book entitled, “Conquering Hollywood” and he wrote the book to save himself time! Often, he would be asked the same questions or kinds of questions over and over, and eventually decided to write a book that he could simply refer people to. He loves to help people and teach people and the book became a perfect vehicle for touching people whom he didn’t have time to reach normally.

“You should impact the greatest amount of people that you can in your life.” ~ Gary W. Goldstein <tweet this>

By the same token, businesses can use blog content to address all of the typical questions and concerns that clients and prospects have. When a potential customer approaches you and has a question, it’s extraordinarily powerful to be able to direct them to an article that you’ve written that answers that specific question! Not only does this demonstrate your expertise on the subject, it also presents another opportunity for you to passionately and enthusiastically show your willingness to help that person. This, like everything else, goes back to the most important thing – the relationship.

Gary also offered a few wonderful pieces of advice that are so appropriate for each of us, regardless of our business:

Every time you allow an interruption in your life, such as emails or social media notifications, you disrupt your day. So Gary has worked to develop systemic habits that allow him to spend less time responding to the random incomings of life. This is particularly important for proper creative work. An example might be allotting specific time each day for responding to emails and social media.

One other brilliant piece of advice that Gary provided was for when we’ve had to deal with an overwhelming amount of negativity, or a simple lack of creative energy. In those instances, Gary asks himself what attracted himself to the work or the creative project initially, in order to try and reach that initial passion that he embraced from the beginning.

Another point that Gary made that I think is critically important for businesses in general was the importance of finding a mentor. He talked about identifying someone who has become a master at their craft, and then approaching that person with respect and humility. You honor them by asking, and you can feel good about yourself for asking even if they decline.

The importance that Gary places on making a positive contribution cannot be understated. He has mentored and been mentored, and he loves nothing more than to be able to give back in any number of ways.

“I can live my legacy or just have led a busy life.” ~ Gary W. Goldstein <tweet this>

For more from Gary W. Goldstein, you should really watch the first and second sessions in “The Creative Connection” as well!

The Creative Connection with Gary W. Goldstein, Week One:

I hope you’ve enjoyed the wit and wisdom of Gary W. Goldstein as much as I did. If you have questions about these points or for Gary, please share them below and I will share his responses!