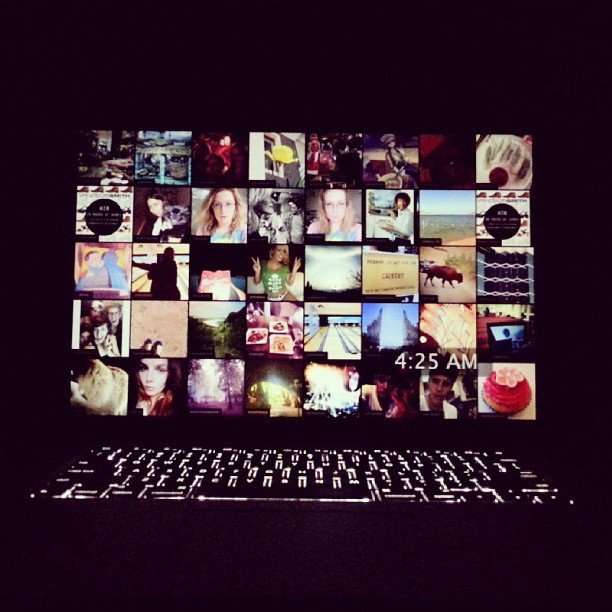 It has been a little over two months since Instagram launched its video capturing and sharing addition to the popular photo app, which is now available on the iOS and Android operating systems and has really captured the imagination of Instagram users.

It was announced just last week that Vine now has 40 million registered users, a huge increase from the 13 million recorded in June 2013. This is most likely due to the fact that the app was launched on Android, a move which many users have been waiting on for six months thus creating a rush among users desperate to try the much hyped application. However, there is still some way to go before Vine catches its rival Instagram sitting at 150 million active users (also recently announced). It is unclear how many of Vine’s users are actually active, but if this massive growth continues it may not be too long before Vine catches up, especially with its upcoming launch on the Windows 8 phone platform where Instagram is not available.

So with this explosive growth in the past few months, are Instagram videos overtaking Twitter’s video sharing app Vine or is Vine still the number one video sharing app on the web. In this article we put the two apps head to head, to see which one comes out on top.

One of the popular features of Vine was the fact that it had a very user friendly interface, with the only onscreen features being the video viewer, backed-up by a rear to front camera swap button (if you own an iPhone or iPad) and a timeline. In order to commence video capture, all you need to do is to tap and hold your finger down, anywhere on the screen, which you can do as many times as you like in order to fill up the 6 seconds of filming time. The one downside of this is if you make a mistake, then you have to start over, which can be frustrating to say the least.

Instagram’s programmers were obviously impressed with Vine’s touch and hold recording method, and so they have also utilised this method in their video sharing add-on, but with one big difference. Instead of being able to tap and hold anywhere on the screen, with Instagram, you have to use the camera button at the bottom of the screen. The reason for this difference is because; tapping on the screen in Instagram’s video mode adjusts the exposure and focus of the picture, which is one thing that gives Instagram the edge over Vine in this category. Another way in which Instagram edges out Vine is the fact that you get more than double the recording time, with an impressive 15 seconds of video capture compared to Vine’s 6 seconds. Another handy feature that Instagram offers is the ability to delete the last video clip, if you made a mistake.

When you have finished recording your video with the Vine app, it allows you to preview your work before taking you to the screen which contains your sharing options. These options allow you to tag a location, add a caption, and then share your work on to social networking sites such as Twitter and Facebook, in addition to Vine’s own site. However, if you do not wish to share your video clips with other people, you do not have to with Vine, whereas with Instagram you do not get the choice. A word of caution though, if you decide not to share your video, Vine will store the video on you phone’s camera roll, and you will not be able to upload it to Vine at a later date.

The one thing that Instagram can offer though is the ability to make use of up to 13 different filters, so that you can personalise your video clips in any number of ways. These work very much in the same way as the filters you will find in the Instagram photo editor, and you will be able to alter the colour of your video clips should you wish to do so. In addition to this, the Instagram video app also comes with a number of other neat features, such as an image stabiliser, add a caption and even choose a cover frame, which is a single frame taken from your recording that everyone can see. When you have finished editing, you can then share your masterpiece with Facebook, Twitter, Foursquare, Tumblr or send via email.

The timeline on both apps are very similar in a lot of ways, they both allow you to scroll through collections of recordings, and they both automatically load videos and play them as you are scrolling through them. In addition to this, there are also like buttons and the ability to add comments to any videos that you like the look of.

Vine has been around for a while now, and it did not have any real competition in the field. All has changed thanks to the launch of the Instagram video capture and sharing app. Statistics show that Vine has experienced a decline since the launch of Instagram video last month, but that could just be due to a spike in interest about a new feature on Instagram. As good as Vine is, Instagram seems to have overtaken it somewhat, by adding more features and by performing better in the two most important categories, namely recording and sharing. Add to that, the addition of the image stabiliser, the exposure control and the longer capture time, and it is safe to say that Instagram has definitely come out on top – for now.

What do you think? Which do you prefer, Instagram or Vine, and why? Do you think Vine will continue to evolve and innovate, as Instagram has?

Previous Post: « How To Put Social Media To Work
Next Post: How to Bulk Schedule Messages Using HootSuite »